PointsBet has officially gone online in Iowa, making it the second state where it offers mobile sports betting. 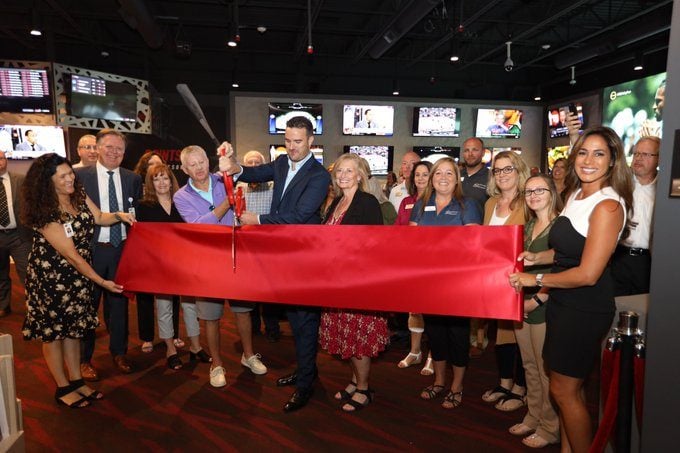 PointsBet started its US operations in January, when it went online in New Jersey. It opened up its first retail sportsbook in August at the Catfish Bend Casino in Burlington, Iowa.

Through October, the PointsBet retail sportsbook has taken in more than $1.1 million in bets, with a net revenue of $262,677, according to the IRGC. Statewide, the 18 casinos with running sportsbooks reported a retail handle of $42.2 million and net revenues of $7.7 million.

It’s best known for offering PointsBetting wagers, where players can win – or lose – exponential sums. For example, if a gambler bets $25 on the over for a football game where the over/under is 50, and the total points scored is 60, then they win $250 – or $10 for each point over.

The book also has made a name for itself in refunding bets where controversial decisions affected the outcome, such as January’s NFC Championship Game between the New Orleans Saints and Los Angeles Rams.

For customers to access the PointsBet mobile app in Iowa, they must first register in person at the casino, which is located in the southeastern corner of the state. Catfish Bend is about 140 miles southeast of Des Moines, 160 miles north of St. Louis, and 200 miles southwest of Chicago.

The registration requirement, part of Iowa’s sports betting law, is in effect until January 2021.

PointsBet is the second sportsbook to begin online sports betting in Iowa this month.

On Nov. 8, the Q Casino in Dubuque received permission from the IRGC to operate. The city-owned casino, which also operates on-site greyhound racing, is using IGT as a vendor. However, Ohorilko said that the casino itself is operating the mobile application.

Sports betting started in Iowa on Aug. 15, and online betting became available the next day through William Hill, which operates four sportsbooks across the state. Elite Sportsbook, which has three retail locations, also offers a mobile application.

Despite their limited presence, mobile sports betting still has outpaced retail in Iowa. Through October, the online applications have reported a handle of $51.4 million, although net revenues are just $5.1 million.

In other Iowa sport betting news, the IRGC approved a sports betting license for the Casino Queen Marquette at the commission’s meeting last Thursday.

With the Casino Queen now licensed, it means that all 19 of the state-licensed casinos will now offer sports betting. Ohorilko said the commission is now aware if the casino has found a partner.

The casino is located in the upper northeastern corner of the state, on the Mississippi River across from Wisconsin. With just nine table games and 454 slot machines, it is the smallest casino in Iowa.