New York Gov. Andrew Cuomo (D) is becoming a fan favorite for his handling of the COVID-19 pandemic. It’s prompting speculation that he could be the best candidate for the Democratic Party to put up against President Donald Trump in November. 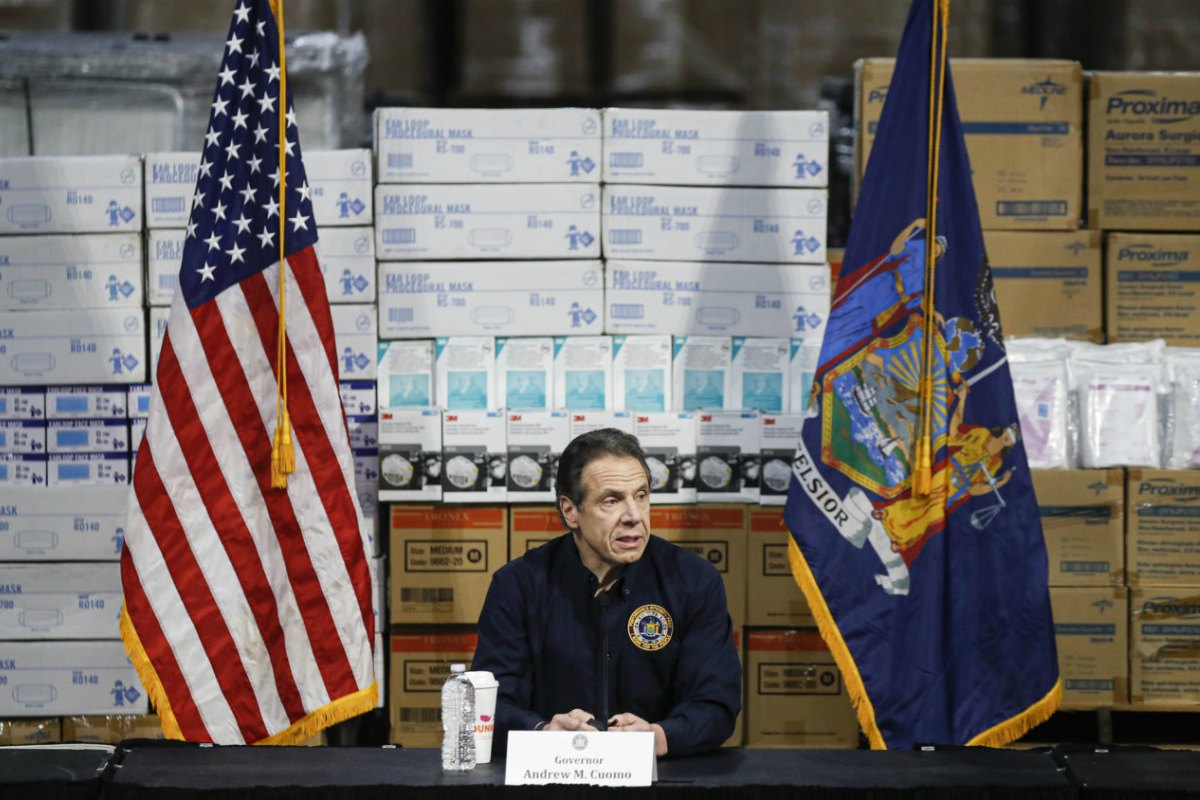 New York is the epicenter of the COVID-19 pandemic in the United States, as the state is where nearly half of the country’s 53,453 cases are located.

“We are not willing to sacrifice 1-2 percent of New Yorkers,” Cuomo said yesterday of the deadly disease. “That’s not who we are. We will fight to save every life we can. I am not giving up.”

Cuomo has been praised on both sides of the aisle, Trump saying today on Twitter, “The four hospitals that we (FEMA) are building in NYC at the Javits Convention Center are moving along very well, ahead of schedule. Many additional ventilators also delivered. Good conversation with Governor Cuomo!”

As a result of Cuomo’s handling of the outbreak, political bettors are increasing the likelihood that the governor becomes the Democratic Party’s nominee for the presidential election. Before the outbreak, Cuomo wasn’t even being traded on PredictIt. But now his shares of winning the party ticket are at seven cents.

Cuomo’s shares are higher than Vermont Sen. Bernie Sanders (D) at five cents, who is the only remaining official candidate in the race. Biden is still the party’s frontrunner at 83 cents.

It hasn’t been a good 48 hours for the former Vice President.

A day after an online streaming appearance went bad because of a malfunctioning teleprompter, Biden appeared on “The View” yesterday, where he fared no better. Co-host Sara Haines asked him, “Are you at all concerned, as Trump said, that we cannot let the cure be worse than the problem itself?”

Biden answered, “We have to take care of the cure. That will make the problem worse, no matter what. No matter what. We know what has to be done.”

Biden then appeared on CNN, where he told Jake Tapper that he hasn’t been tested for the coronavirus. The former Vice President then repeatedly sneezed and coughed. At one point after coughing into his hand, Tapper countered, “You know you’re supposed to cough into your elbow.”

A week ago, Biden was favored on PredictIt to beat Trump in November. “Who will win the 2020 US presidential election?” had Biden at 48 cents, and Trump at 46 cents. Today, those shares are Biden 43 cents, Trump 47 cents.

Biden is the clear frontrunner to secure the Democratic Party’s 2020 ticket. But if primaries continue to be postponed, there’s a chance the party could reach its convention brokered. If that happens, the party’s superdelegates would be tasked with anointing a nominee.

Still, the odds are long of that happening, as is a Cuomo 2020 run.

“Will Cuomo run in 2020?” has “Yes” shares at just seven cents. Share prices on a brokered Democratic National Convention are at 14 cents.