Political bettors believe impeachment managers, the appointed House of Representatives members who will make the lower chamber’s impeachment case against President Donald Trump during the Senate trial, won’t be named for a couple of weeks. 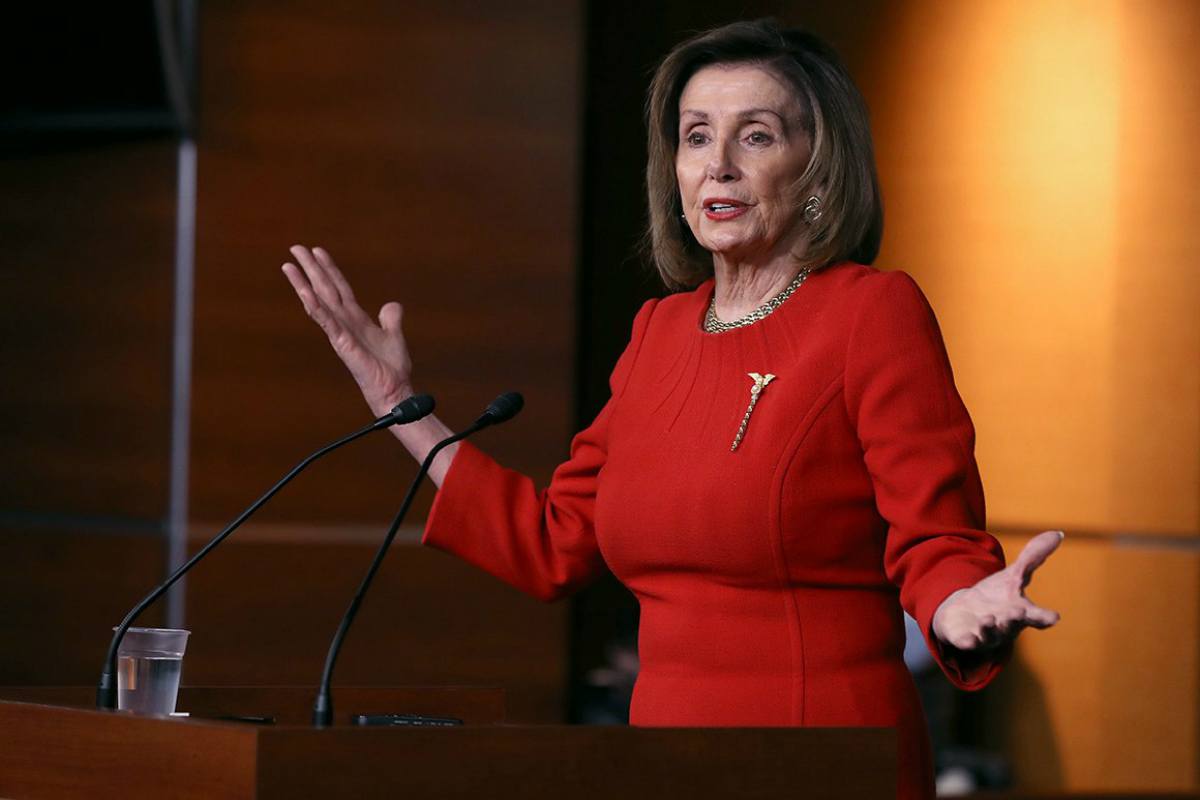 Speaker Nancy Pelosi, political bettors say, will see her impeachment managers voted on in the House in early to mid-January. (Image: Chip Somodevilla/Getty)

The PredictIt market asking, “When will the House pass a resolution appointing impeachment managers?” has January 6-12 as the front-runner, with those shares trading at 47 cents. January 13-19 is next at 26 cents.

PredictIt rules say when the first vote is cast, that will be considered the winning date.

After Trump last week became just the third President in US history to be impeached, one of the next steps for the House of Representatives is to decide who among them will present their argument before the Senate. Though Speaker Nancy Pelosi (D) has yet to send the Senate the resolution with the two articles of impeachment – abuse of power and obstruction of Congress – bettors are placing wagers on when her House will formally pick its trial reps.

The impeachment managers serve as prosecutors. They are nominated by Pelosi, but require House approval. The managers will do their best to convince the Republican-controlled Senate serving as the jury that the high crimes alleged against the president warrant his removal from office – which will only occur if two-thirds of the Senate convicts Trump on either article.

During the impeachment trial of President Bill Clinton, 13 House representatives served as impeachment managers. They included current Congressmen Jim Sensenbrenner of Wisconsin and Steve Chabot of Ohio, and Senator Lindsey Graham of South Carolina, who was then in the House — all Republicans who made the party’s case against Clinton.

While the Senate hasn’t revealed the parameters of the trial, Trump will be allowed to make his case to stay in office with his own legal team and White House counsel.

“The House cannot choose our impeachment managers until we know what sort of trial the Senate will conduct,” Pelosi tweeted yesterday. Sen. Graham responded, “In our system, you can’t be the Speaker of the House and the Senate Majority Leader at the same time. The Senate will decide how we dispose of this sham created by the House.”

When the trial begins, Republicans will hold 53 seats in the Senate, Democrats 45, and Independents two. No Republican voted in favor of impeachment in the House, and that’s a likely outcome in the Senate.

Sixty-seven senators need to vote to convict Trump to oust him from the Oval Office. That’s why the odds remain distant regarding the slim chance of conviction. Presidents Andrew Johnson and Clinton – the only other two US presidents to be impeached – were both acquitted in the Senate (Johnson by just one vote, Clinton by 22 votes).

Will the Senate convict Donald Trump on impeachment in his first term?” has “Yes” shares at just nine cents.

The president tweeted last night, “STOCK MARKET CLOSES AT ALL-TIME HIGH! What a great time for the Radical Left, Do Nothing Democrats to Impeach your favorite President, especially since he has not done anything wrong!”