The Quapaw Nation says it’s joining five other tribes in Oklahoma that are negotiating with Republican Governor Kevin Stitt on the future of their casino compacts. 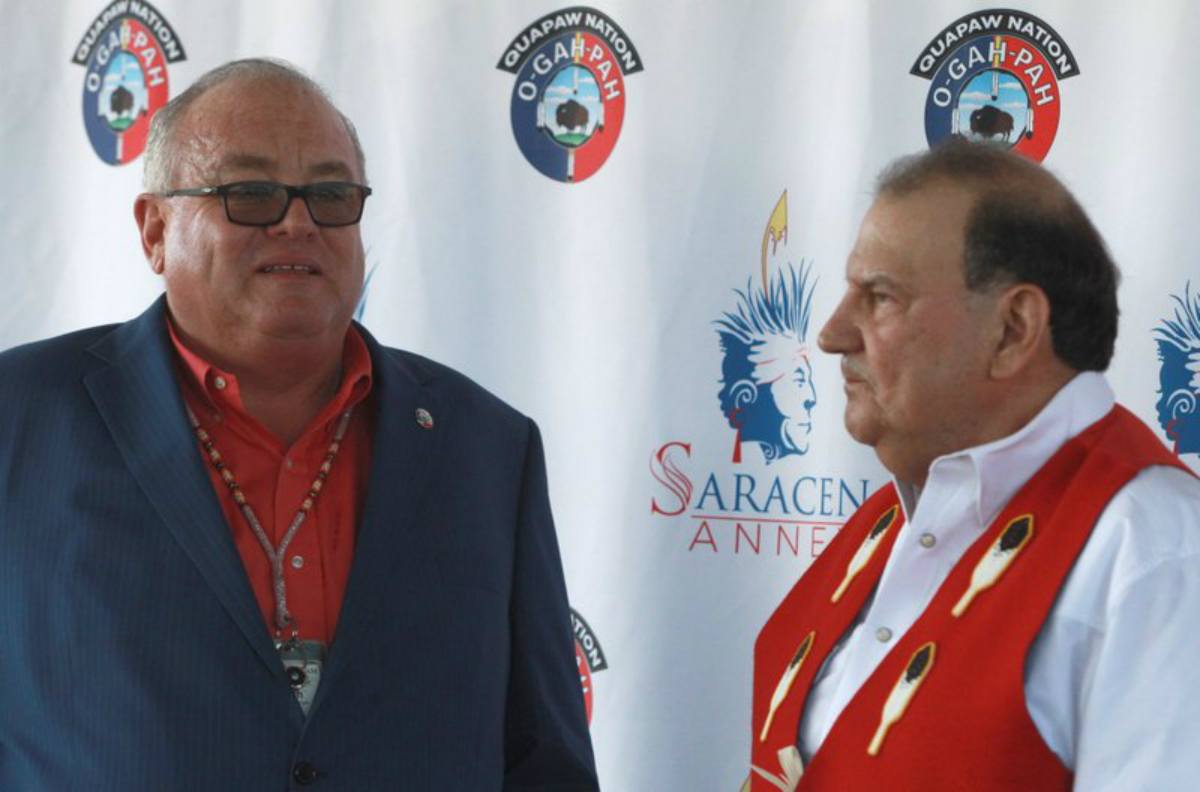 The Cherokee, Chickasaw, and Choctaw nations filed a lawsuit against Stitt on New Year’s Eve, arguing their 15-year gaming compacts automatically renew January 1. The trio of tribes were later joined by the Muscogee (Creek) Nation and the Citizen Potawatomi Nation.

Stitt contends the gaming compacts expired January 1, and is demanding they negotiate new arrangements that require them to share substantially more of their casino money with the state.

“This litigation allows both the tribes and the state to seek a resolution to some of the key compact negotiation issues in a neutral, judicial forum,” said Quapaw Nation Business Committee Chairman John Berrey. “Our leadership team has been very supportive of the parties working toward a resolution in a constructive and businesslike manner.”

The Quapaw Nation owns and operates the Downstream Casino Resort, as well as the smaller Quapaw Casino.

The gaming compact dispute has become quite contentious in recent weeks. Stitt says the tribes are essentially operating illegal gambling as of January 1, and has threatened to welcome in commercial gaming operators.

Stitt opponents, including several key Democratic state lawmakers, says he’s fighting a battle in which he has no legal grounds to stand. Berrey, however, is confident the two sides can reach a resolution.

This is not a simple process because of the large number of governments involved,” Berrey explained. “I think we all believe we can get to a mutually acceptable resolution. But it will take some work and a lot of listening.”

The tribes presently share between four to six percent of their slot machine win and 10 percent of their table game revenue. Stitt wants to start the negotiations at a minimum tax rate of 25 percent.

“I remain confident the State and Oklahoma’s tribes can hammer out a compromise that is a win-win for all Oklahomians, and we can accomplish this without putting public education in the crosshairs,” the governor reasoned.

State Democrats oppose the governor’s wishes to tap into a reserve to continue funding education during his gaming compact strife. Stitt says that while the tribes continue to send in their casino share payments, his administration isn’t cashing the checks until new compacts are decided.

In his state of the state address, Stitt’s budget proposal included an $11 million increase for state schools.

An op-ed from the Tulsa World editorial board panned the fiscal scheme, saying, “There’s not a penny in the governor’s budget for reducing class sizes or giving schools more money to deal with higher operating costs. There’s no money to encourage school consolidation or to fund desperately needed school counselors.”