A rainy Christmas forecast has prompted Santa Anita officials to hold off on the start of the Winter/Spring meet at the Southern California track. 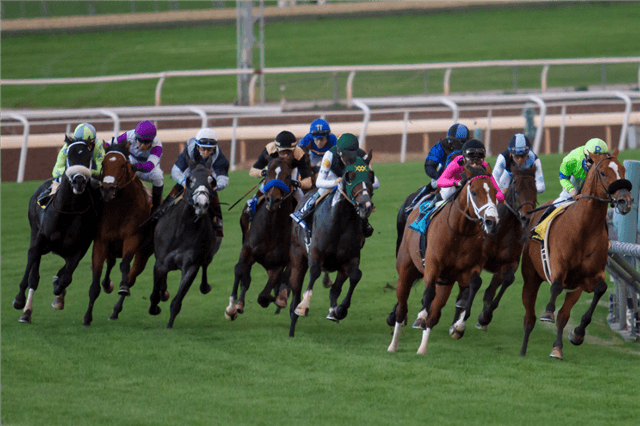 Racing will resume at Santa Anita on Saturday, two days later than anticipated. Track officials announced over the weekend they were postponing the schedule start date because of forecast rains for the Southern California region. (Image: Santa Anita)

The meet was scheduled to start Thursday. However, track officials over the weekend decided to push back the start until Saturday, citing the precipitation meteorologists expect will hit the Los Angeles area on Wednesday and Thursday.

That’s in addition to the .8-inches of rain the region received on Sunday.

Opening Day is traditionally one of our biggest days of the year, but our commitment to safety is first and foremost,” said Aidan Butler, the acting executive director of California for Santa Anita owner The Stronach Group (TSG). “It was very important to make this call as early as possible for our horsemen, fans and employees. There are many moving parts, especially in the training of these wonderful horses, and this decision is being made at this time out of respect to give all involved plenty of advance notice.”

Over the past year, the track has seen 37 horses die in races or training. Those incidents have led to increased scrutiny about equine safety at Santa Anita and at tracks across the country, and calls for national reforms from industry stakeholders and animal welfare groups.

Earlier this month, the Los Angeles County District Attorney’s office released its report and said a task force appointed to investigate the matter found no elements of animal abuse or any other criminal wrongdoing. However, the report questioned whether the dirt track was safe for racing during or after periods of rain. A number of the deaths occurred when Southern California received an inordinate amount of precipitation.

On Tuesday, a Los Angeles judge is expected to hear arguments regarding a preliminary injunction trainer Jerry Hollendorfer is seeking against Santa Anita. The Hall of Fame trainer with more than 7,100 wins in his career was banned from Santa Anita and other TSG tracks after four of his horses died at Santa Anita in a six-month span.

A longtime fixture on the Southern California circuit, Hollendorfer has announced he will send some of his horses to Oaklawn Park in Hot Springs, Ark., for its winter meet. However, his attorney, Drew Couto, told Casino.org last week that Hollendorfer would not be able to take all his horses, prompting him to look for a way to race some in California.

With Santa Anita not running on Dec. 26 for the first time in 43 years, it has prompted track officials to reschedule several races. As a result, Saturday’s opening day card will now feature seven stakes races.

That includes the Grade I Runhappy Malibu Stakes, which is scheduled to feature Omaha Beach in the final race of his 3-year-old campaign. While an entrapped epiglottis kept him from running as the likely favorite in the Grade I Kentucky Derby, the Richard Mandella-trained horse has still won three graded stakes races this year.

A win on Saturday would give him his third Grade I win in 2019, which would match Maximum Security for tops among 3-year-olds.

“They are doing the right thing by moving the races,” Mandella said. “I’m just very happy to be in the race with this horse.”