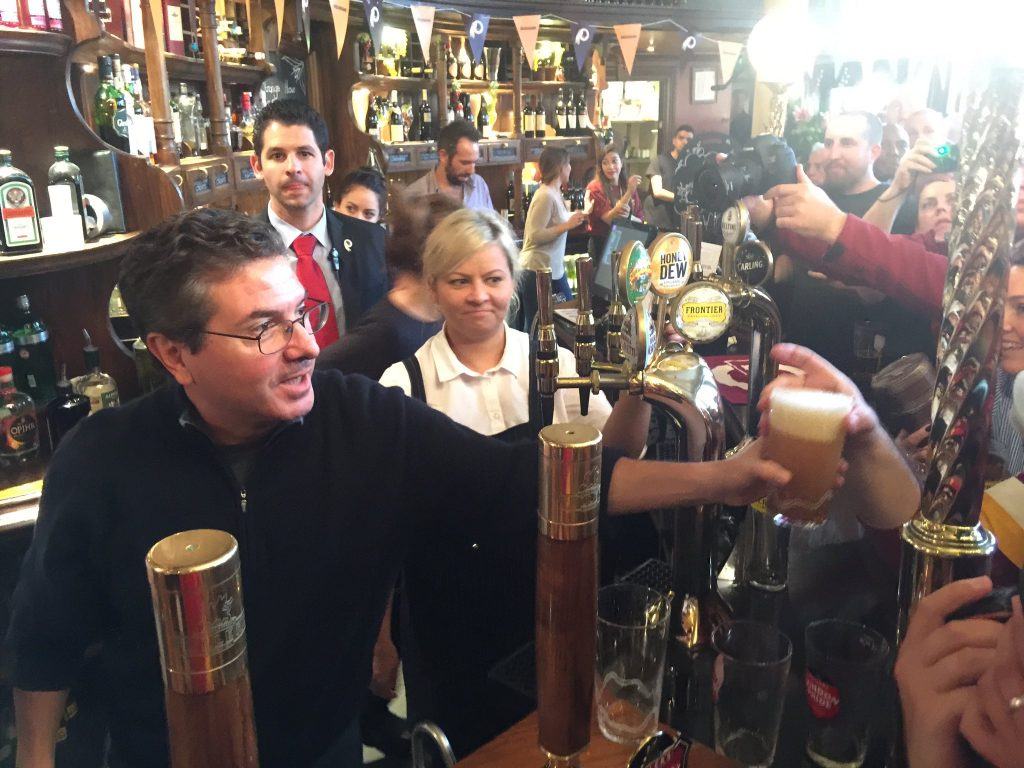 The controversial owner met with delegates and senators who represent the area where FedEx Field, the Redskins stadium, resides. The team’s lease at the Landover venue ends in seven years.

Lawmakers who sat in on the sessions told the Post that Snyder envisioned a complex that would be used for more than just eight regular-season football games every fall. The billionaire also reportedly said the only state involvement would be getting a betting license, as he would invest in the development’s construction.

Area lawmakers were, at least, intrigued by the idea.

It was a businessman making a commitment to Maryland . . . who was willing to put his own money into it,” state Del. Erek L. Barron, a Democrat who chairs the Prince George’s delegation, told the newspaper. “In Prince George’s, we need to be doing everything we can do to promote jobs and economic development. I think any businessman singing that music, we should be listening to him.”

Snyder has been considering moving away from the DC suburb if he cannot strike a deal for a new stadium. Reports have indicated he’s considering an area in northern Virginia, as well as the site of DC’s JFK Stadium, where the team played before moving out to the Beltway 23 years ago.

It makes sense for Snyder to pursue a sports betting license at any new venue because that would allow him to have the same type of amenity as DC’s other major professional sports teams.

When the DC Council passed its sports betting law late in 2018, it allowed the district’s four major stadiums and arenas the opportunity to operate a sportsbook for their venue. In addition, the law gives the venues an exclusive zone that blocks competition within a two-block radius.

That includes Capital One Arena, home to the Washington Capitals and Washington Wizards. In October, sportsbook giant William Hill inked a deal with Monumental Sports and Entertainment, the group that owns the NHL and NBA franchises. The DC Lottery, which will oversee sports betting in Washington, is currently reviewing the license application for Capital One Arena.

As all of Maryland’s neighbors – except for Virginia, which itself is pursuing expanded gaming this year – already offer sports betting, lawmakers have been working to legalize it in the Old Line State.

A Baltimore County state senator filed a bill calling for a constitutional amendment that would allow sports betting at the state’s six casinos, as well as its pari-mutuel racetracks. Other bills that would let voters decide on allowing sports betting have been filed in Annapolis as well.

Snyder’s attempt for an in-stadium sportsbook could lead to issues in Baltimore, where the NFL’s Ravens and MLB’s Orioles have stadiums less than a mile from the city’s Horseshoe Casino.