The Washington Redskins are angling for in-stadium sports wagering should Maryland policymakers approve sports betting. The team is pledging that it will work with a minority-owned company if it’s allowed to offer gambling at its home field. 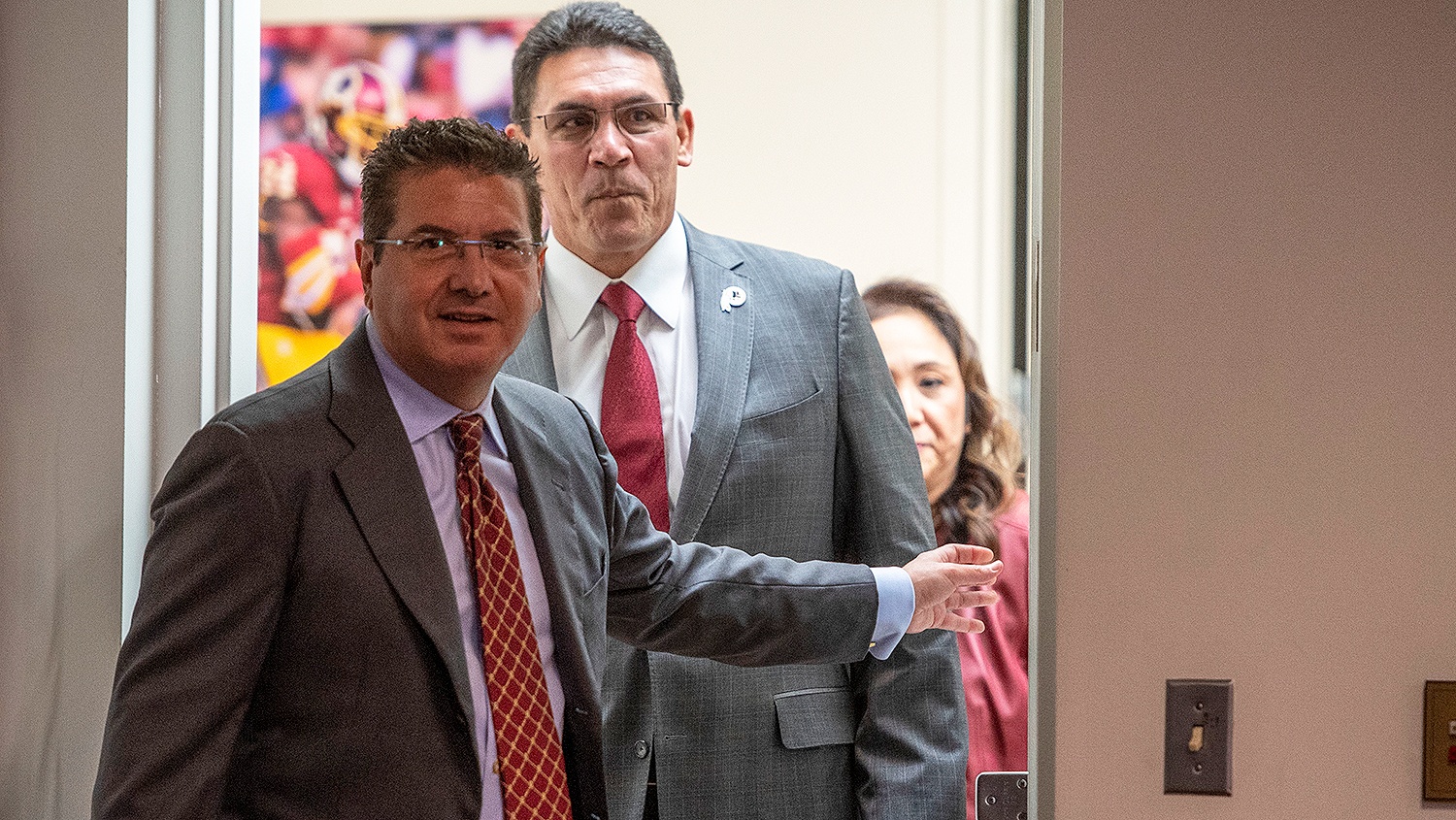 Redskins owner Dan Snyder isn’t beloved by fans, but he is pledging to have a minority-run firm manage an in-stadium sportsbook. (Image: NBC Sports)

Justin Ross, formerly a Maryland legislator and now a lobbyist for the NFL franchise, told lawmakers there earlier this week that the team intends to hire a firm controlled by minorities to operate a sportsbook at FedEx Field and any future venue the team may call home.

Located in Landover, Md., FedEx field is the Redskins’ current home. But the team’s lease on that site expires in seven years, and owner Dan Snyder is widely expected to pursue new confines for his team, particularly with glitzy new stadiums in Las Vegas and Los Angeles debuting for the 2020 NFL season.

The Washington Redskins are committed to offering meaningful minority equity investment opportunities as it relates to sports betting at FedEx Field,” Ross said in a recent appearance before the state’s House Ways and Means Committee reports Maryland Matters.

Senate Bill 58, which was prefiled late last year in advance of the 2020 legislative session, would allow Maryland’s casinos and horse parimutuel racetracks to offer sports wagering as long as voters approve it. Tax revenue generated from the endeavor would be directed to public education.

The Redskins’ guarantee that a minority-run shop will run sportsbook operations at FedEx and a new stadium comes as NFL franchises are under increasing scrutiny for lack of minority hires in marquee front office positions and in head coaching roles.

Of the league’s 32 franchises, just four have minorities in top coaching roles. Having recently made Ron Rivera their head coach, the Redskins are a member of that quartet. Snyder bought the team in 1999, and Rivera is the first minority among seven coaches the owner has hired. But Terry Robiskie held the lead coaching job on an interim basis for three games late in the 2000 season.

The Legislative Black Caucus (LBC) cheered Snyder’s plan to have a minority-owned business operate the sportsbook at the Redskins’ home field.

As Maryland Matters notes, LBC members are still chastened by broken promises pertaining to the awarding of medical cannabis licenses to minority businesses that never materialized. The state legalized marijuana for medicinal use in 2013.

Maryland on the Move

Old Line State lawmakers may feel some impetus to address the sports betting issue soon because neighboring Washington, DC is expected to have sports wagering up and running in the coming months.

Neighboring Delaware, Pennsylvania and West Virginia also offer sports betting, with the Keystone State having rapidly become one of the sports wagering meccas of the US.

It is expected that Maryland will tax gross gaming revenue (GGR) on sports bets at 20 percent, which would be among the highest rates in the country. Ten percent to 15 percent is industry standard in most locations.