Phil DeLone, CEO of the Reno-Sparks Convention and Visitors Authority (RSCVA), has resigned amid misconduct allegations, though he cited medical reasons for his departure. 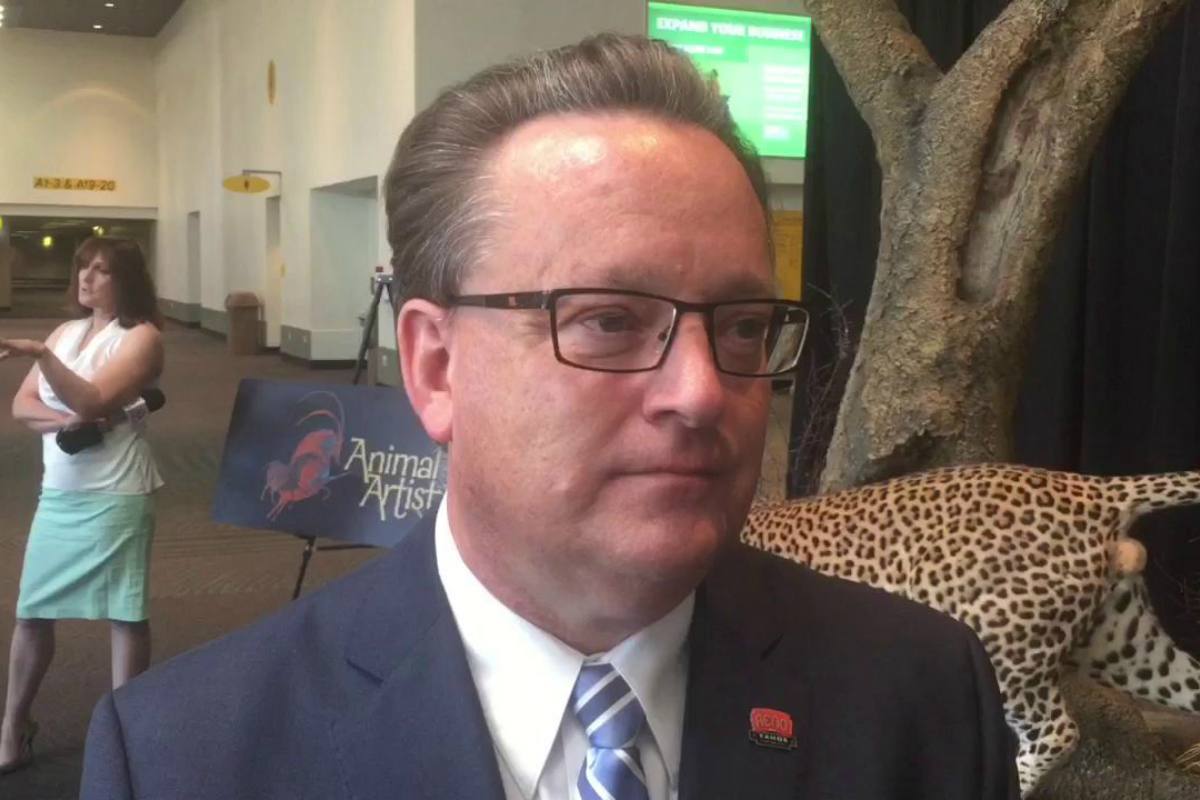 Phil DeLone is out as CEO of the Reno-Sparks Convention and Visitors Authority. (Image: RGJ)

The Reno Gazette Journal broke the news earlier this month that DeLone was under investigation by the RSCVA.

Though the authority declined to provide specifics as to what alleged misconduct was committed by the chief executive, the media outlet learned from sources close to the matter that it involved improper sexual behavior. The Reno-based convention and visitors bureau confirmed his departure yesterday.

“In accordance with the terms of his Employment Agreement, Mr. DeLone has tendered his resignation as the President/CEO of the Reno-Sparks Convention and Visitors Authority, citing medical reasons,” a RSCVA statement explained. “Mr. DeLone’s resignation will be addressed at the next regularly scheduled meeting of the RSCVA Board of Directors.”

The authority added, “The RSCVA wishes Mr. DeLone well as he addresses his medical needs.”

According to the Reno Gazette Journal, DeLone has a long track record of being accused of sexual misconduct – long before the #MeToo movement changed the social climate regarding bringing such allegations to light.

The paper reached out to a woman who accused him in the 1990s of such misconduct while he was the executive director of Safari Club International. Dianne Jurica claims DeLone fostered a male-dominant culture, and that, per his leadership, “several board members just condoned the environment.”

When Phil came in, it just seemed to bring the worst out in some of the board members and their attitudes toward the women and staff,” Jurica stated. “(DeLone) was like a facilitator, really.”

The RGJ says DeLone has been accused of misconduct in three of his last four job stops.

DeLone was hired as RSCVA CEO in November of 2016. He came to the authority from the Safari Club, where he also served as chief executive. DeLone holds a degree in hotel administration from the University of Nevada-Las Vegas.

Last August, DeLone received a $110,000 bonus and a five percent pay increase to bring his annual compensation to nearly $400,000.

The Reno-Sparks Convention and Visitors Authority is the second-largest tourism board in the state behind its Las Vegas counterpart. And similarly to the RSCVA, the authority in Sin City has recently been engulfed in scandal.

Rossi Ralenkotter, the former CEO of the Las Vegas Convention and Visitors Authority (LVCVA), is charged with improperly using $90,000 worth of Southwest Airlines gift cards. An investigation found that Ralenkotter and others allegedly devised a scheme to make the gift cards appear to be promotional credits given to LVCVA executives.

In reality, however, the cards were said to be purchased with LVCVA funds. The case is ongoing, and set to continue in May when a judge will determine whether a trial is warranted.