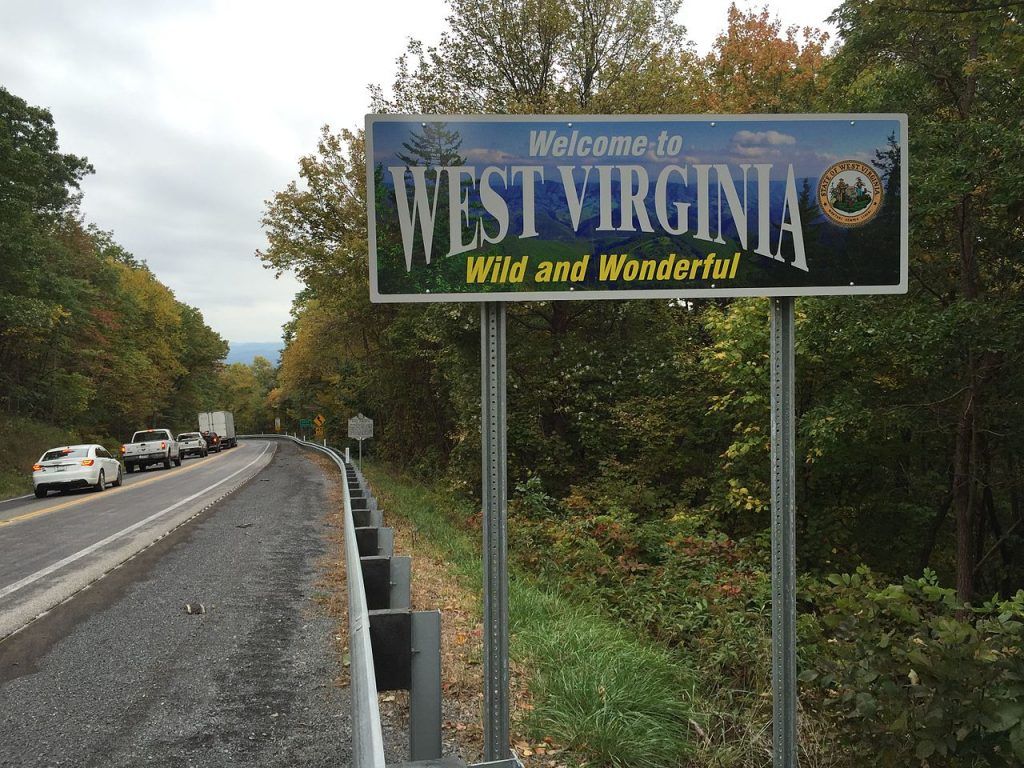 BetMGM launched in West Virginia this past week, according to the West Virginia Lottery. The sports betting app is the third to open in the state since August and be accessed anywhere in West Virginia. Even on its country roads, although not while driving. Please bet and drive responsibly. (Image: famartin/Wikimedia Commons)

The Roar Digital product will operate as a skin with The Greenbrier Resort, Randy Burnside, public relations director for the West Virginia Lottery, told Casino.org. The Greenbrier already has a partnership with FanDuel, which operates both a retail sportsbook and a mobile application.

Roar Digital is a joint venture formed in July 2018 between MGM Resorts International and GVC Holdings, a sports betting company that offers both a technological platform for gaming and oddsmaking and trading services.

According to Roar’s unsuccessful proposal for a sports betting license in New Hampshire, MGM and GVC, both publicly traded companies, committed $200 million to the venture as it seeks to gain a larger share of the rapidly growing US market. The proposal, submitted last September, stated that that Roar’s annual revenue runrate was about $100 million.

DraftKings is a partner with Hollywood Casino at Charles Town Races.

Previously, West Virginia’s two casinos owned by Delaware North – Wheeling Island Hotel Casino Racetrack and Mardi Gras Casino and Resort – operated sportsbooks and a mobile application. However, those services shut in March of last year due to a dispute between vendors. That stoppage led to a breakup between the casino operator and its sports betting partner, Miomni.

Delaware North has also filed a lawsuit against Miomni as well.

Mobile sports betting is allowed anywhere within the state. Customers can download applications and register online without having to register in person at the affiliated casino.

While other states that have both mobile and retail sportsbooks have seen online apps dominate their markets, West Virginia is not there yet.

Since the start of the 2020 fiscal year last July through Jan. 11, West Virginia’s sportsbooks have reported a handle of nearly $162 million, according to figures from the West Virginia Lottery. Of that amount, $65.8 million, or 40.6 percent, has been wagered online.

Even when taking into account that the mobile apps did not open until late August, more money still has been bet in the brick-and-mortar facilities since the apps became available. Since late August, when mobile betting resumed in the state, West Virginia’s retail handle is $82.2 million.

Hollywood Casino is located in Charles Town, which is in the far eastern corner of the state, is the top performing sportsbook in the state. Thanks to being the closest legal sportsbook to the Washington, DC market, it has taken $71.3 million in bets at the casino. In addition, the DraftKings app has reported a handle of $37.2 million.

The Greenbrier limits casino access to just its patrons and members belonging to the resort located in the southern part of the state. As a result, the FanDuel retail sportsbook has taken just $4.3 million in bets for the fiscal year. FanDuel’s app, however, has reported a handle of $28.6 million.

The other sportsbook in the state is located at Mountaineer Casino Racetrack and Resort, located in New Cumberland in the far northern tip of the state. The William Hill retail book has reported a handle of $20.6 million since July.

For the current fiscal year, the sportsbooks have reported taxable receipts of nearly $16 million. That means the state has received about $1.6 million in tax revenue.