Former Nevada Gov. Brian Sandoval is vacating his role as president of global gaming development at MGM Resorts International to pursue the top spot at the University of Nevada, Reno (UNR). 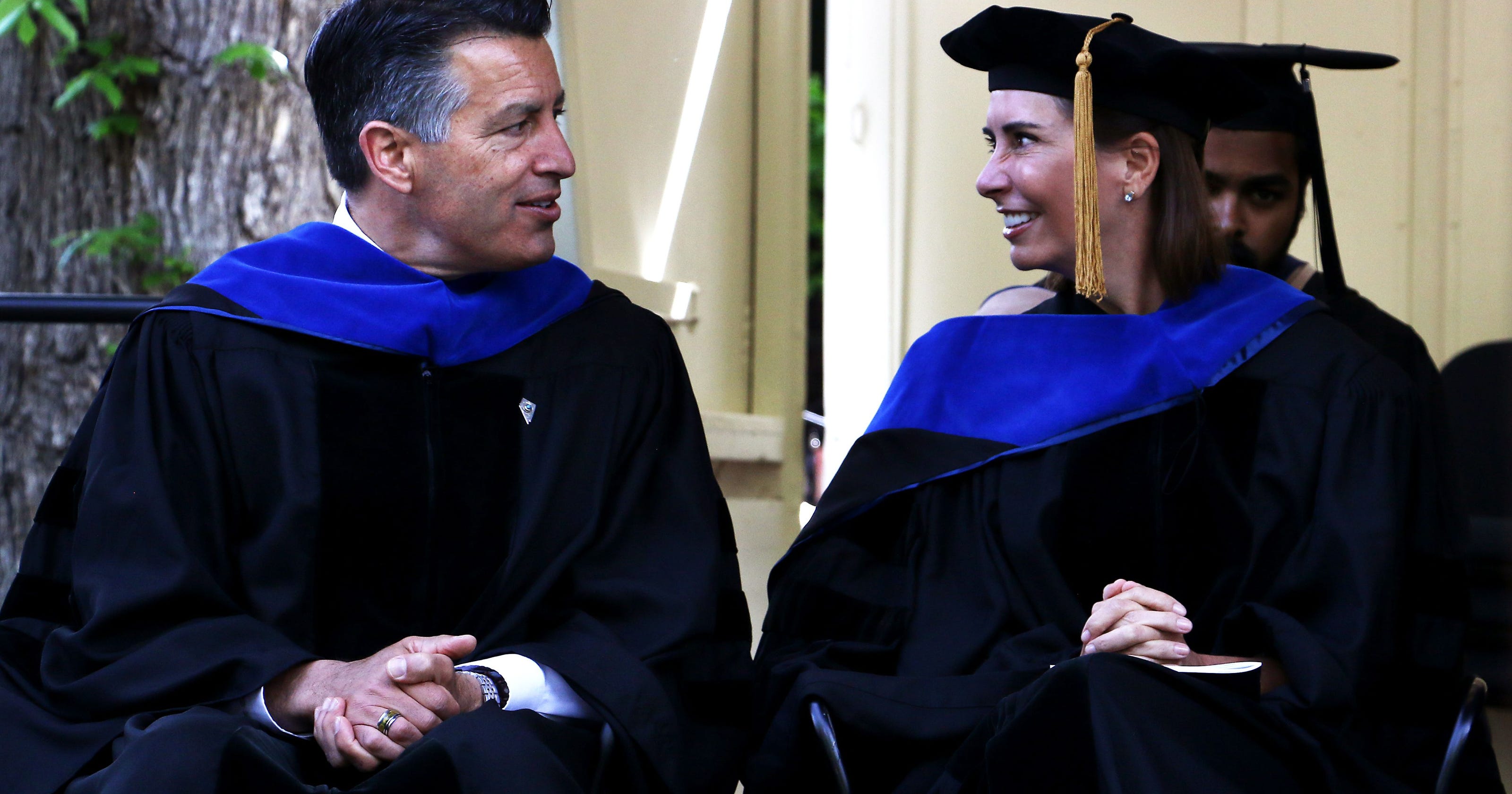 Former Nevada Gov. Brian Sandoval, seen here with his wife, Lauralyn, is leaving his job at MGM to pursue the presidency of University of Nevada, Reno. (Image: Reno Gazette-Journal)

Having accomplished my goals at MGM, I have decided to put my time, energy, and public and private experience to work as an applicant to become the next president of the University of Nevada, Reno,” said Sandoval in a statement issued by MGM.

Marc Johnson currently serves as the 16th president of the state’s flagship university.

Sandoval, 56, was Nevada’s first Hispanic governor and one of the most popular statewide politicians in the US when his term ended in 2019. In 2018, he married Lauralyn McCarthy. Now Lauralyn Sandoval, she is employed as vice president of new markets at Aristocrat Technologies, one of the largest makers of gaming machines, according to her LinkedIn profile.

Not only does Sandoval’s MGM resignation come soon after news of Murren’s departure broke, it arrives barely a day after Osaka conceded opening an integrated resort there prior to the start of the 2025 World Expo is an impossible goal.

The former governor joined the gaming giant in large part to serve as one of the architects of the company’s Japan ambitions. While Japanese lawmakers haven’t officially said that Osaka will be home to one of the first three integrated resorts to open there, it is widely believed that MGM is one of the leading contenders to procure one of those licenses. The Osaka field is now clear, indicating Sandoval was effective at bolstering the company’s status in Japan’s third-largest city.

The 2025 timeline for opening of a gaming venue there was long seen as ambitious, if not difficult, with even MGM previously saying that debuting a casino-resort before the World Expo starts in May 2025 would be tricky.

In addition to steering the company’s efforts to establish itself in Japan, Sandoval also leveraged his public policy background to drive MGM’s growing presence in the booming US sports betting market.

During the former governor’s time with the gaming giant, the company formed ROAR Digital, an online venture with GVC. It also established a long-term betting partnership with Yahoo! Sports while becoming one of the official sportsbook partners of Major League Baseball (MLB), the NBA, and the official gaming company of the Las Vegas Raiders, among other accomplishments.

Sandoval is also on the board of directors of Coeur Mining, Inc., a precious metals producer with operations in Nevada. There are no reports that he will leave that position to pursue the top spot at UNR.