Racing continued at Santa Anita on Friday afternoon, one day after California Gov. Gavin Newsom issued an order for most Golden State residents to stay at home with few exceptions to help combat the spread of the coronavirus. 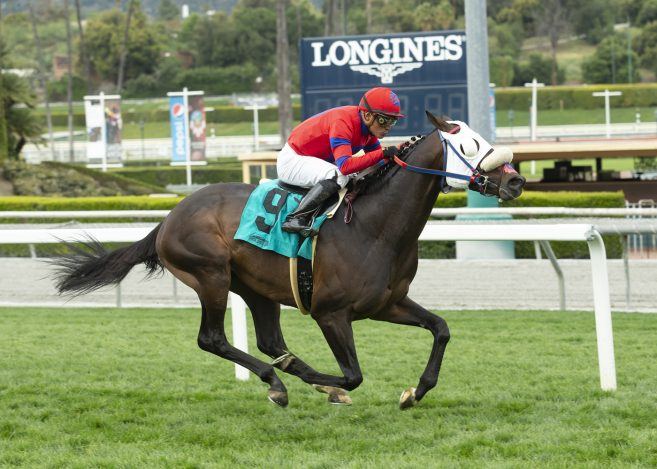 The exceptions the Democratic governor lined out follow the federal government’s 16 critical infrastructure sectors. One of those sectors is food and agriculture.

“The California State Public Health Officer and Director of the California Department of Public Health is ordering all individuals living in the State of California to stay home or at their place of residence, except as needed to maintain continuity of operation of the federal critical infrastructure sectors, critical government services, schools, childcare, and construction, including housing construction,” said Jesse Melgar, press secretary for Newsom, in an email to Casino.org.

Nearly 20 minutes after the first race of the day finished, Santa Anita officials released a statement saying government and racing leaders were consulted before they decided to continue racing. Just like last weekend, Santa Anita ran without fans in the grandstand to abide by government orders to limit crowd sizes.

Racehorses are living, breathing animals that require constant supervision and care – from feeding, to exercise, to veterinary care,” the track said in a statement. “Horses cannot survive without human contact and care. Racehorses are conditioned athletes and standing in a stall without daily exercise is detrimental to their health, safety and welfare.”

Santa Anita and Golden Gate are taking other measures to protect their workers from people currently based at out-of-state tracks in an effort to reduce the coronavirus risk.

Friday’s racing, deemed necessary to protect the horses, served an interesting juxtaposition from where the southern California track was this time a year ago. Then, officials closed it for three weeks to examine its surface and review necropsy records from more than 20 horses that died in a two-month span there in an effort to making racing safer.

In a statement issued to Casino.org late Friday afternoon (PT), California Horse Racing Board Executive Director Rick Baedeker said the board sees racing as the “economic engine” to take care of the thousands of horses and the hundreds of workers who tend to them.

“Governor Newsom has issued a stay-at-home order for California except for critical sectors,” he said. “Circumstances may change at any time. Further direction or clarification from Governor Newsom may be forthcoming. While not authorized to speak on behalf of the Governor, the California Horse Racing Board seeks to provide guidance during this complex time.”

Santa Anita and Golden Gate have taken measures to ensure the public can not access the grandstand during the coronavirus emergency, and Baedeker added that Board Chairman Greg Ferraro agrees with the position.

“Our top priority is the well-being of every person and every horse in our community and we look forward to resuming when the state and federal leaders and health authorities deem it appropriate to do so,” said the Maryland Jockey Club, which operates Laurel and Pimlico Race Course.

Racing also continues elsewhere, although like in California it’s happening without fans. However, a couple of jockeys announced on Thursday they plan to take some time off to be with their families.

“This is the safest decision for my family and myself,” posted Irad Ortiz Jr. on Twitter. “Hopefully we can all make it safely out of this quarantine sooner than later and get back to what we all love.”

Rajiv Maragh said Thursday was the final day for him to be racing for the time being. He said on Twitter he hoped the trainers and owners would not hold his decision against him down the road.

The Jamaican-native rider based now at Florida’s Gulfstream Park, another Stronach facility, said he believes everyone working in the jockeys’ room should be tested. He was also critical of a remark from Ron Paolucci, an owner he’s ridden for in the past, who said him taking off now was a luxury.

“Ron you are saying me taking off is a luxury,” Maragh tweeted in response. “I will have ZERO income when I don’t ride. My wife of 16 years is 5 months pregnant with our 1st child. It would be devastating to me if I came home Covid. I’m taking a hit by not riding.”