The Philadelphia Eagles may have won the right to host a first-round playoff game, but the Seattle Seahawks are being given the edge in their NFC wild card round encounter. 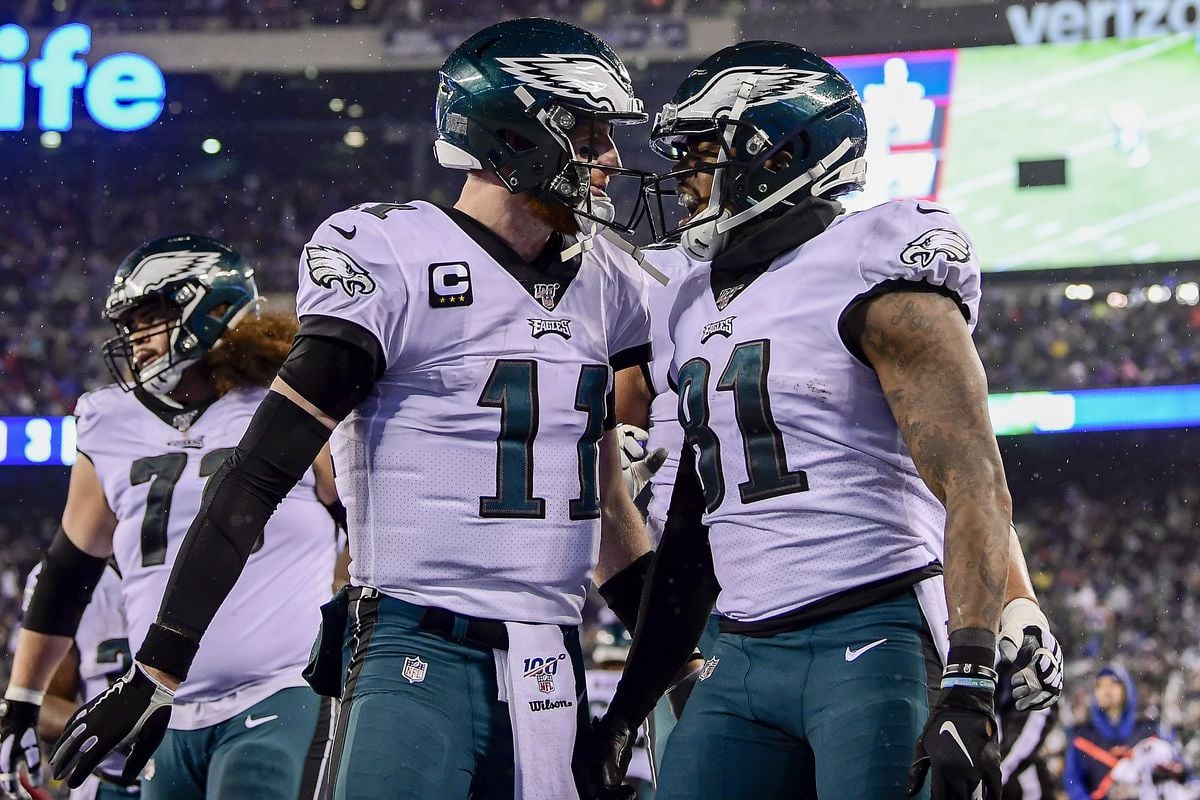 The Philadelphia Eagles have won four straight games, but are still home underdogs against the Seattle Seahawks in their NFC wild card matchup. (Image: Steven Ryan/Getty)

The Seahawks will head into Philadelphia as a slight 1.5-point favorite, according to the oddsmakers at DraftKings Sportsbook.

The Eagles haven’t received much respect from the public this year. While Philadelphia won the weak NFC East, they only finished with a 9-7 record, and only managed that by finishing up the season with four straight wins.

Yet that late season rally might be a sign that this isn’t the same Eagles team that struggled throughout the middle of the season. That’s certainly what Seahawks coach Pete Carroll is saying publicly, pointing out that not only is Philadelphia hot, but they’re also a team that won a Super Bowl just two seasons ago.

They’re a championship team,” Carroll said on a media conference call Wednesday. “They’re really rallied well. They’ve played like a championship team down the stretch, and to put together the four games to win it and to ice it with a big win over Dallas, it just shows that their leadership from the coaches on down is really strong.”

Seattle (11-5) nearly won the NFC West crown, falling 26-21 to the San Francisco 49ers on the final day of the season in a game that determined who would win the division. Days later, Carroll was still upset about what he saw as a missed pass interference call on the final Seahawks drive of the game.

The other NFC wild card game sees the Minnesota Vikings (10-6) travel to New Orleans to take on the Saints (13-3). In what is widely seen as the biggest mismatch of the weekend, the Saints are listed as an eight-point favorite heading into the game.

With future Hall of Fame quarterback Drew Brees at the helm, New Orleans is seen as a Super Bowl threat even without the advantage of a first-round bye. But Saints head coach Sean Payton has made it clear that he won’t be taking the Vikings lightly.

“I think that they have had an exceptional year when you look at what they’ve done running the ball, in their scoring offense, the production,” Payton told reporters. “I think this team is coached very well in the kicking game. They do a lot of things extremely well.”

The Vikings offense should be even more explosive with the return of running back Dalvin Cook, who missed the final two weeks of the regular season with a shoulder injury.

“You’ve seen the kind of football that we play with him,” Minnesota wide receiver Stefon Diggs said of Cook. “He definitely changed the game.”

The higher seed to emerge from the NFC wild card round will face the Green Bay Packers (13-3) next weekend, while the lower seed will travel to San Francisco to take on the 49ers (13-3).