The Seattle Sounders are hoping to translate home field advantage into another Major League Soccer title on Sunday when they host Toronto FC in the MLS Cup final. 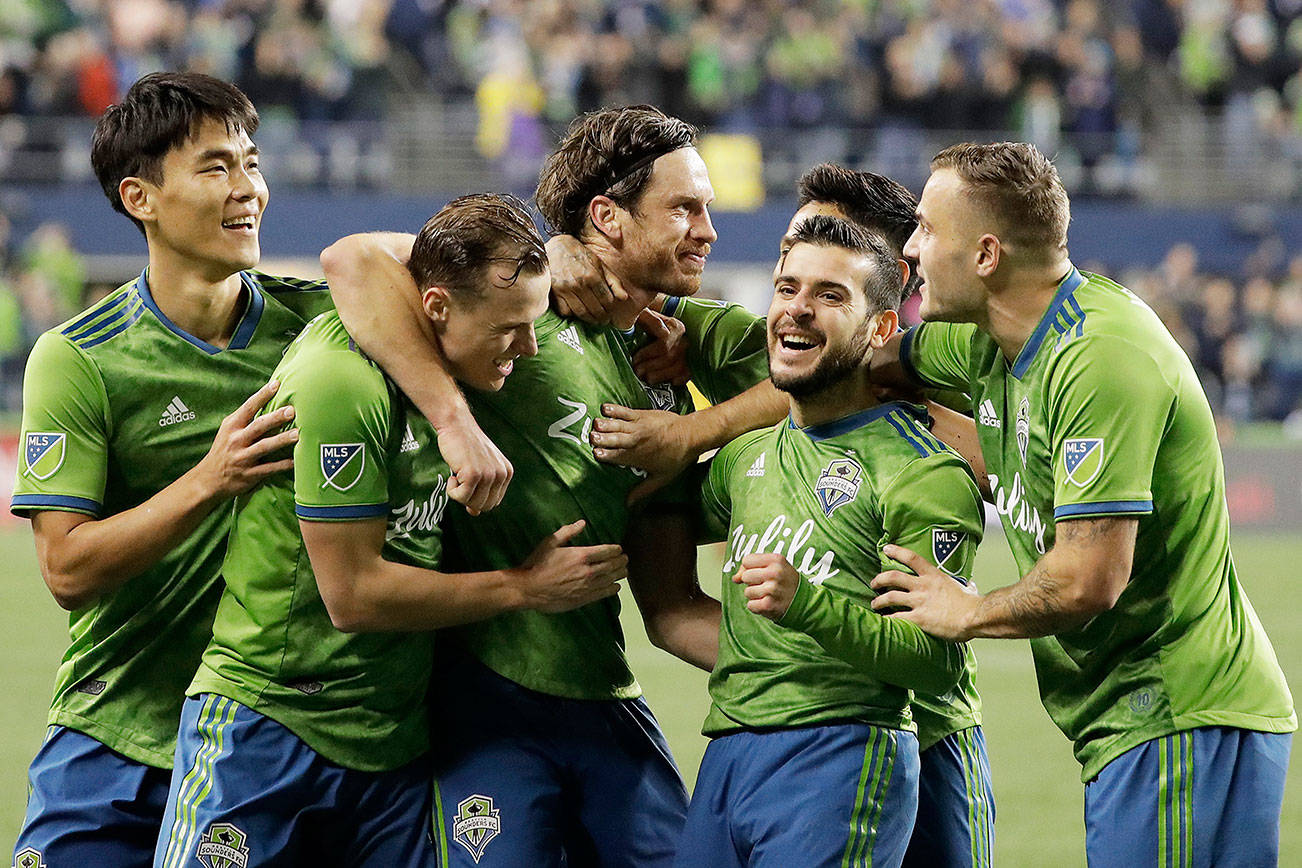 The Seattle Sounders are favored to beat Toronto FC at home in the MLS Cup final on Sunday. (Image: Ted S. Warren/AP)

Seattle is a -225 favorite to lift the trophy over Toronto (+160), according to DraftKings Sportsbook, in what will be the third MLS Cup final meeting between the two sides in the past four years.

Those past two meetings, which both took place in Toronto, saw each team claim the championship once. That makes this something of a rubber match between the two dominant MLS clubs of the current era.

“I think the rivalry is strong,” Schmetzer told Q13 Fox in Seattle. “I mean, look, it’s not Seattle and Portland. You know, that’s just the way our league is set up. But if you had to choose a rival for us to play at home, MLS Cup match, why not Toronto? Why not?”

Heading into the playoffs, neither Seattle nor Toronto was favored to get this far, and both had to go on the road as underdogs in their respective conference finals.

Seattle pulled off the more shocking upset, going to Los Angeles and beating LAFC 3-1 to knock off the overwhelming MLS Cup favorites. LAFC had put up a league-record 72 points in the regular season, 16 ahead of the Sounders, who finished second in the Western Conference.

Meanwhile, Toronto – the No. 4 seed in the East – had to travel to take on defending MLS Cup champion Atlanta United in one of the toughest road environments in the league. But even falling behind by a goal early and being outplayed for the vast majority of the match wasn’t enough for Atlanta, which fell 2-1 to the Canadian side.

But while these may not be the two best teams in the league this year, their recent pedigree has helped both franchises develop traits that helped them get back to this point one more time.

“The 2017 [MLS Cup final] was truly about excellence,” Toronto FC manager Greg Vanney told The Athletic. “And this one is going to be about grit, determination, and scrappiness.”

There’s still one unanswered question hanging over the match that could impact the odds before kickoff.

Toronto forward Jozy Altidore has been out with a strained quad since the end of the regular season, and earlier this week, he gave reporters a grim assessment of his chances of playing in the final.

“At this point, it’ll take a bit of a miracle to be out there on Sunday, Altidore told reporters. “But that’s where I’m at and I’ve just got to try to keep trying to get myself there.”

Seattle has still been preparing as though Altidore will play, however. And by Thursday, Vanney was willing to give his star striker a better chance of play – though only slightly.

“[He’s upgraded] from ‘he needs a miracle’ to ‘a small miracle,’” Vanney told reporters. “But we’ll see.”