Billionaire Sheldon Adelson and his wife, Miriam, the largest Republican Party donors in both the 2016 presidential election and 2018 midterms, are delaying contributions to President Donald Trump’s 2020 reelection bid. 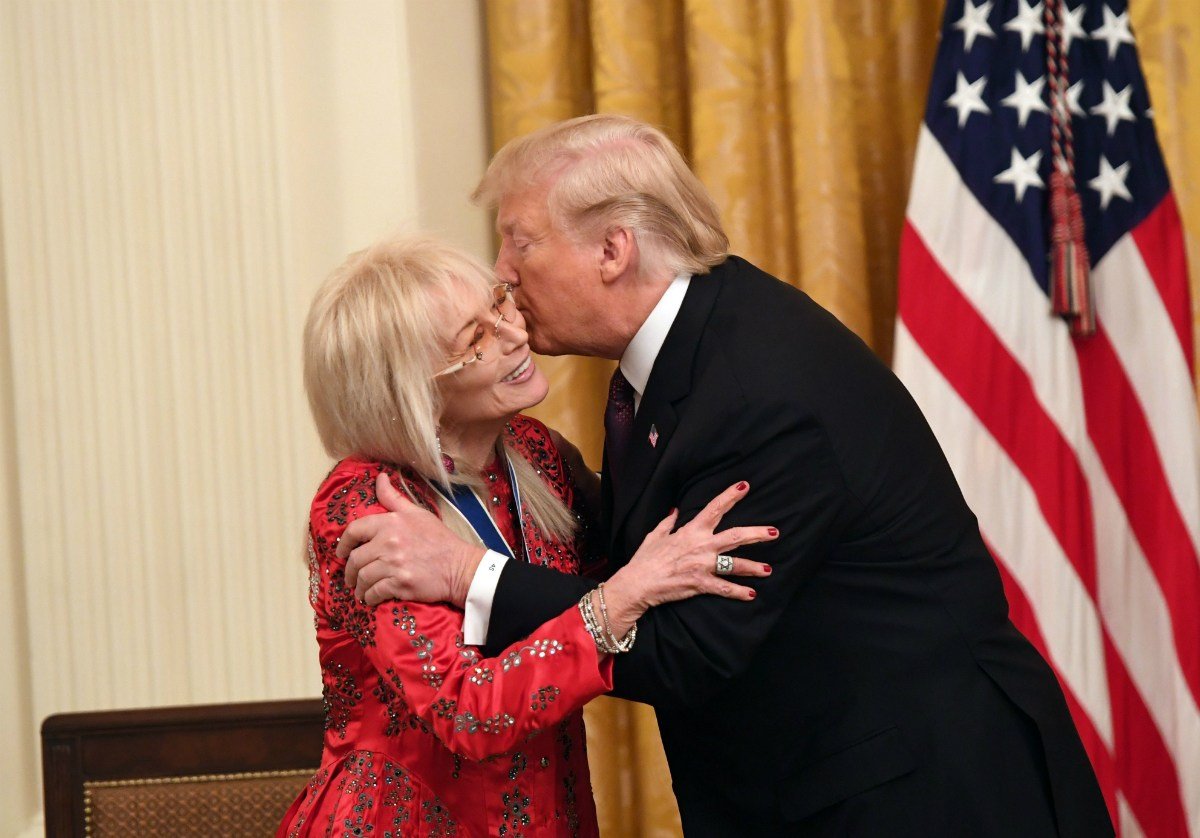 President Donald Trump awarded billionaire Sheldon Adelson’s wife Miriam the Presidential Medal of Freedom a year ago this month. She and her husband might not award his reelection campaign until late next year. (Image: Saul Loeb/Getty)

The decision by the Las Vegas Sands founder and CEO, according to sources talking with McClatchy White House correspondent Michael Wilner, is to avoid negative publicity that the president’s reelection campaign is being funded by megadonors.

They’re still very committed to the President and I don’t see that wavering,” an unidentified source explained. “The way it is with anything, if people think someone else is going to pay all the bills, there’s not a lot of incentive to give. They want to see other people giving.”

Steyer himself is running this year, but his shares of securing the Democratic nomination on PredictIt are trading at just a penny. Massachusetts Sen. Elizabeth Warren is the frontrunner at 31 cents, and former VP Joe Biden second at 20 cents.

The Adelsons gave $123.25 million in 2018 in an effort to keep Congress in the hands of the GOP. Every dime of their donations went to Republican Party causes.

Trump’s reelection fundraising is doing just fine for now without the Adelsons’ deep pockets. The campaign raised $105 million in the second quarter of 2019, and an additional $125 million in Q3.

Republicans say fundraising is being fueled by the US House of Representatives impeachment proceedings, the lower chamber where the Democrats hold power. Trump campaign manager Brad Parscale tweeted after the House Democrats’ vote to formally launch an impeachment inquiry, “Nancy Pelosi’s impeachment resolution day turned into a MASSIVE fundraising day for @realDonaldTrump.”

The 2020 treasure chest of funds is substantial, but more will be needed. That’s especially true if billionaire Michael Bloomberg decides to officially enter the race. The business tycoon, worth an estimated $52 billion by Forbes, is committed to spending $500 million of his own fortune to defeat Trump.

Bloomberg’s PredictIt shares are surging on reports he’s again mulling a formal run at the White House. He surged from three cents to 14 cents on the speculation.

The President will once again rely on his billionaire friends who have made their fortunes in the gaming industry to donate to his 2020 campaign. A few notables include Steve Wynn, Phil Ruffin, and Lorenzo and Frank Fertitta III.

Trump has appeased the Adelsons well in his first term. He identified Jerusalem as Israel’s capital, and moved the US embassy there – two of the most important issues to the billionaires. The president also awarded Miriam with the Presidential Medal of Freedom for her philanthropic efforts.