Southwest Airlines transports more passengers to and from Southern Nevada than any other airliner. But beginning May 3, the company’s service schedule is being greatly reduced by the COVID-19 pandemic. 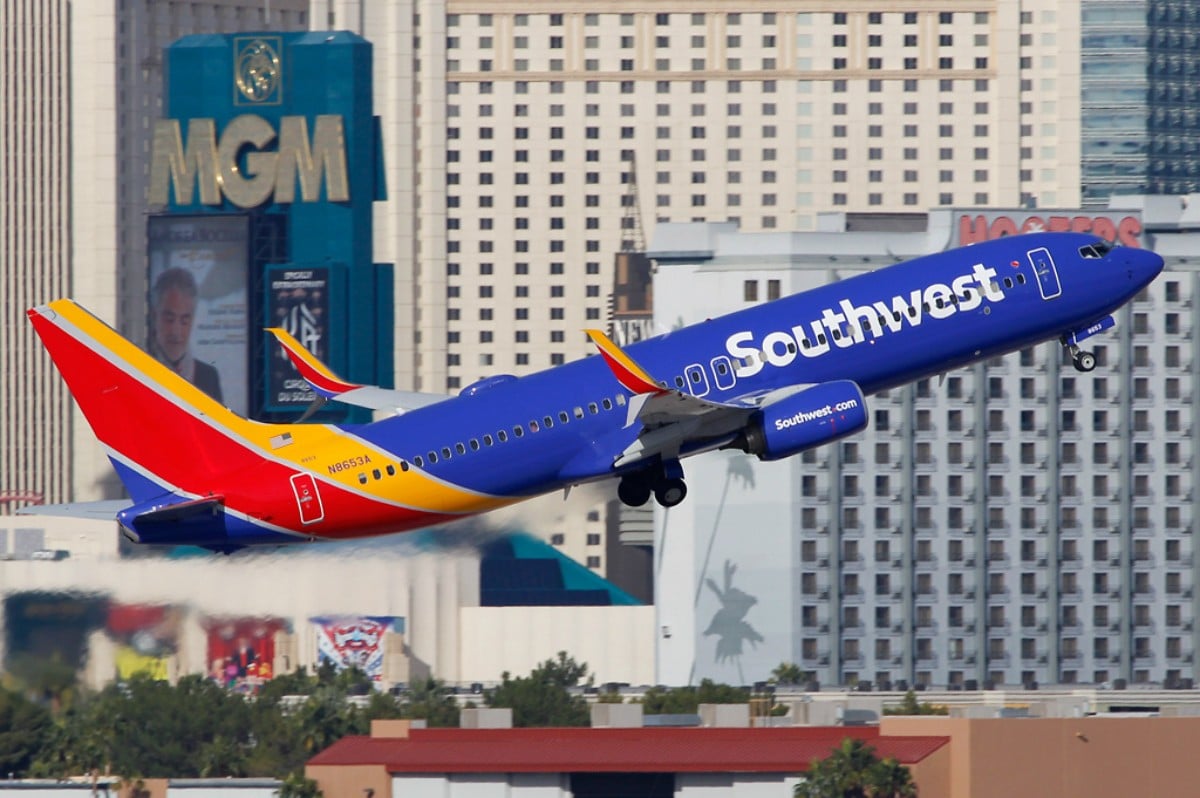 Southwest Airlines is cutting flights to nearly all of its destinations, including Las Vegas. (Image: Airliners.net)

Andrew Watterson, chief commercial officer for Southwest, says flight activity will be cut from approximately 3,700 flights on weekdays, to 2,200 daily flights – a 40 percent reduction. Many of the canceled flights were originally scheduled before 7 a.m. and after 8 p.m.

As travel demand continues to be very weak for the period between Easter and the traditional start of summer travel, today we’re beginning to push out a new flight schedule for May 3 through June 5,” Watterson explained.

The airline executive added, “Every Southwest flight schedule is like a puzzle built for the entirety of our unique network of cities, addressing the needs of that travel season. All of the puzzle pieces – demand, fleet, travel patterns, slots, gates, maintenance – and so many other factors all have to come together to build the best schedule.”

Watterson said all but six Southwest destinations will see a decrease in flight activity. The airline currently travels to 103 cities.

Officials at McCarran International, Las Vegas’ main airport, confirmed this week that two employees have tested positive for the coronavirus.

“We have begun to reach out to those who may have been in close contact with these persons. Based on their work assignments, we have no reason to believe either had prolonged exposure to the traveling public,” a statement from the airport explained.

McCarran enjoyed its best year ever in 2019, the Las Vegas airport accommodating a record 51.5 million passengers. Southwest was responsible for more than 17.3 million arriving and departing passengers.

According to the Las Vegas Convention and Visitors Authority (LVCVA), nearly one in two visitors to Las Vegas arrives by air.

Las Vegas, and the entire state of Nevada, is closed for all non-essential business until at least April 30. Gov. Steve Sisolak (D) issued an order on April 1 for all Nevadans to stay at home for the next 30 days.

April 2020 will mark the first full month in the 89 years since Nevada legalized gambling that not a single dollar will be wagered inside a casino. When it’s reported later this month, March gross gaming revenue will be substantially down, as casinos have been shuttered statewide since March 17.

Governors in more than 30 states have issued stay-at-home orders and closed countless businesses and industries. It was just three months ago gaming experts expressed an abundance of hopefulness for 2020.

Schreck continued at the time, “All the momentum is going in the right direction, as we see construction and expansion. The population is growing, and when you make billions in investments,, that creates jobs, that will have a multiplier effect on the local economy.”