Sportsbooks have been forced to suspend betting on the NBA 2K Players Tournament after learning the video-game matchups between real NBA players were pre-recorded, despite appearing to be broadcast live on ESPN. 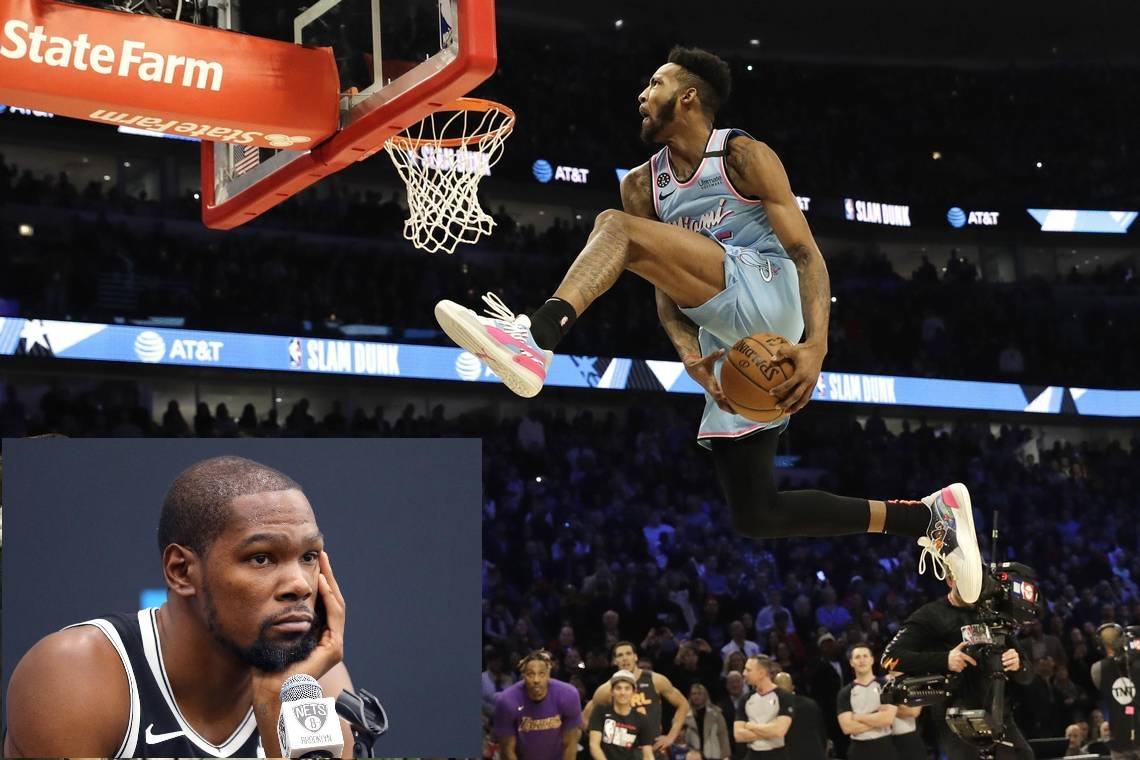 The Heat’s Derrick Jones (main) surprised oddsmakers by beating the Nets’ Kevin Durant (inset) in the NBA 2K Players Tournament. But some people knew the results before the match was televised. (Image: Miami Herald/Forbes)

Worse still, it appears that someone leaked the results online last week, allowing bettors to exploit oddsmakers for thousands of dollars.

The games have provided some light relief for NBA fans and bettors during this sporting drought. But the situation highlights the pitfalls of the sports betting industry’s refocus on esports during the coronavirus crisis.

While live-arena esports events have been canceled, competitive video gaming tournaments have shifted seamlessly online where a captive, sports-starved audience awaits. But can bookies be certain these streams are occurring live?

Durant was a big favorite and one of the top seeds to win the entire tournament. Jones, meanwhile, was seeded 16th out of 16 players.

“We initially made Durant the favorite to win the tournament, but when … the bets were completely one-sided toward Jones, it became obvious that someone knew the outcome of the game,” a spokesperson for a prominent, US-facing offshore sportsbook told Reuters this week.

Despite his lowly ranking, Jones duly beat Durant by 78-62.

A spokesperson for another offshore sports book told the AP that the leak was a “nightmare scenario.”

When a result is compromised, we close the lines and look for the info ourselves,” the spokesperson added. “It’s almost always in the forums or on Twitter.”

With the NBA season suspended indefinitely, the league has given its full backing to the NBA 2K20 Players Tournament.

NBA athletes are battling it out on the Xbox One for the right to be crowned the ultimate NBA 2K Champion and to win a $100,000 charity donation in their name to support coronavirus relief efforts.

But the esports league was touched by scandal last September when Heat Check Gaming (HCG), a Florida-based team sponsored by the Miami Heat, fired one of its players for “providing inside information to an individual [he] knew was involved in betting on NBA 2K League games.”

The release of NBA 2K20 earlier that month had been criticized by gamers for the number of gambling mechanisms and microtransactions 2K had included, leading prominent YouTuber Joey Vargas to complain, “They put a casino in my basketball game.”