The XFL has succeeded in putting out a reasonable product in its first three weeks, drawing solid crowds, respectable ratings, and plenty of betting interest. The league is now looking to carry that momentum into the middle part of its inaugural season, as storylines begin to develop and teams continue to forge their identities heading into Week 4. 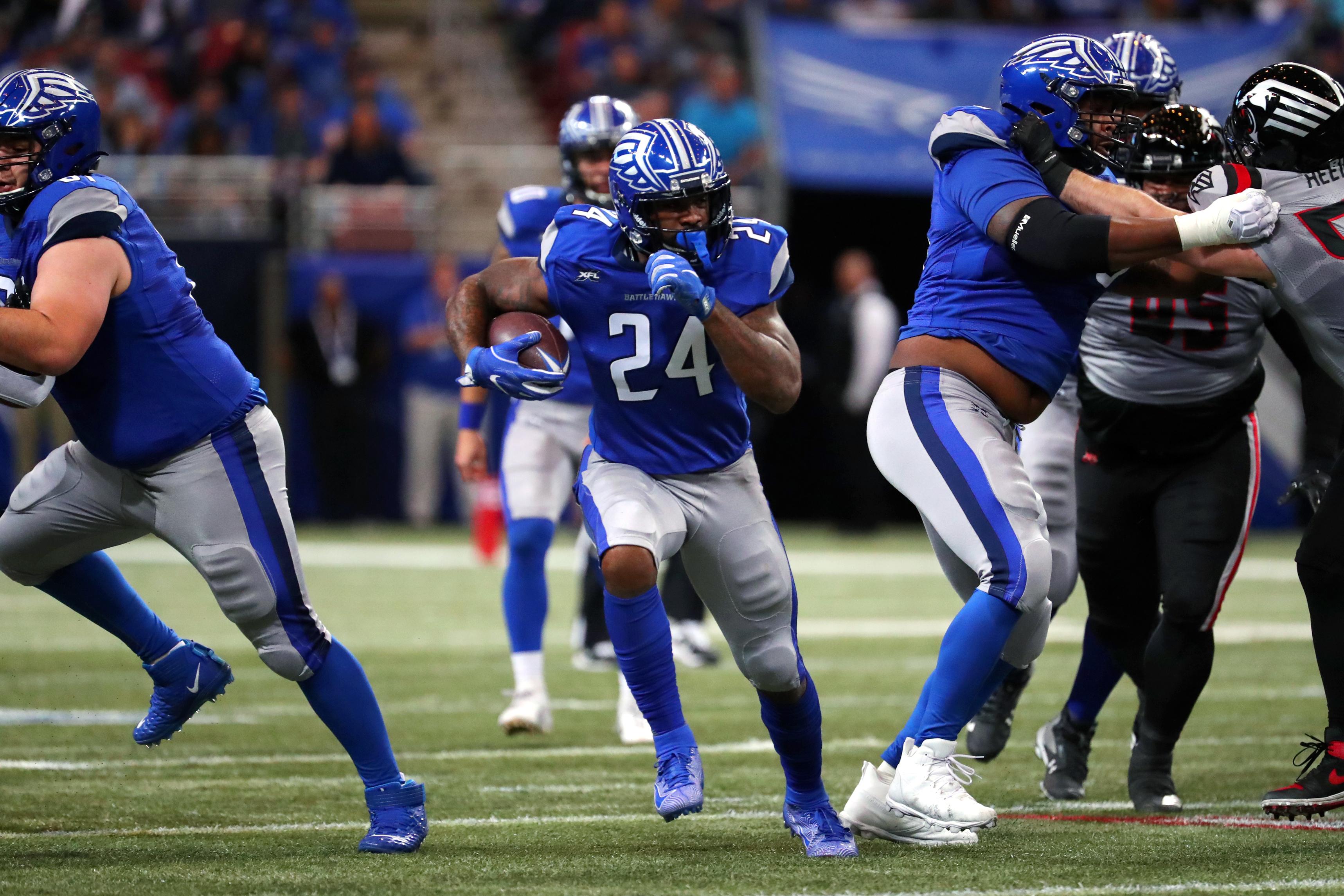 The St. Louis BattleHawks are 11-point favorites over the Seattle Dragons in Week 4 of the XFL season. (Image: Dilip Vishwanat/XFL/Getty)

As usual, four games are on tap, two each on Saturday and Sunday. Here’s a look at the XFL Week 4 odds according to DraftKings Sportsbook, and what you can expect from each game on the slate.

The Los Angeles Wildcats (1-2) claimed the first win in franchise history last weekend in a 39-9 clobbering of the previously undefeated DC Defenders. The most memorable moment was the postgame celebration, in which head coach Winston Moss was entirely nonplussed by a Gatorade bath.

Signs you’ve got a cool-ass coach. He gets the ice water bath. Does not react. Keeps on coaching. #XFL2020 pic.twitter.com/MlMJdHtuBl

Meanwhile, the Guardians (1-2) took a 29-9 loss to the St. Louis BattleHawks. Starting quarterback Matt McGloin left the game with an injury, virtually shutting down an already impotent New York offense. Unless the Guardians have figured out something on offense in practice this week, the Wildcats could be in store for a second straight big win.

The BattleHawks (2-1) have been one of the biggest success stories of the XFL so far, drawing the largest crowd of the season in their Week 3 home opener against the Guardians. St. Louis now gets to enjoy a second consecutive home game, this time against the struggling Seattle Dragons (1-2). Seattle is coming off a 24-12 home loss to Dallas, and are unlikely to pose any serious problems for the BattleHawks on the road against a potent St. Louis offense.

Arguably the two best teams in the XFL clash Sunday, when the Houston Roughnecks (3-0) visit the Dallas Renegades (2-1). Houston boasts the only undefeated record in the league, while Dallas has won two in a row since quarterback Landry Jones returned to the lineup.

This could be the most popular game of the weekend: not only does it figure to be important to the West Division standings, but the importance of the in-state rivalry can’t be underestimated.

It always has been a Houston-Dallas deal, doesn’t matter if it’s SMU vs. Houston,” Roughnecks coach June Jones told reporters. “The Cowboys and the Texans are the same way, there’s just always that rivalry.”

To win, the Renegades need to slow down Houston quarterback PJ Walker, who leads the XFL with 748 yards and 10 touchdown passes after just three games.

The Defenders (2-1) started the season with two dominant wins, but were outclassed in Los Angeles last weekend. DC goes on the road again, this time traveling to Florida to take on the Vipers (0-3), who are still looking for their first win.

Even at home, it’s hard to imagine the Vipers challenging the Defenders. Tampa Bay has emerged as the worst team in the XFL by a wide margin: The Vipers have allowed five more touchdowns than they have scored after just three games, far below the Guardians, who sit second-to-last in net touchdowns at -2. Expect a blowout win for DC on Sunday.