A nephew of Macau casino mogul Stanley Ho has been sentenced to up to eight years in prison for fronting a racket that organized prostitution at the Hotel Lisboa casino. 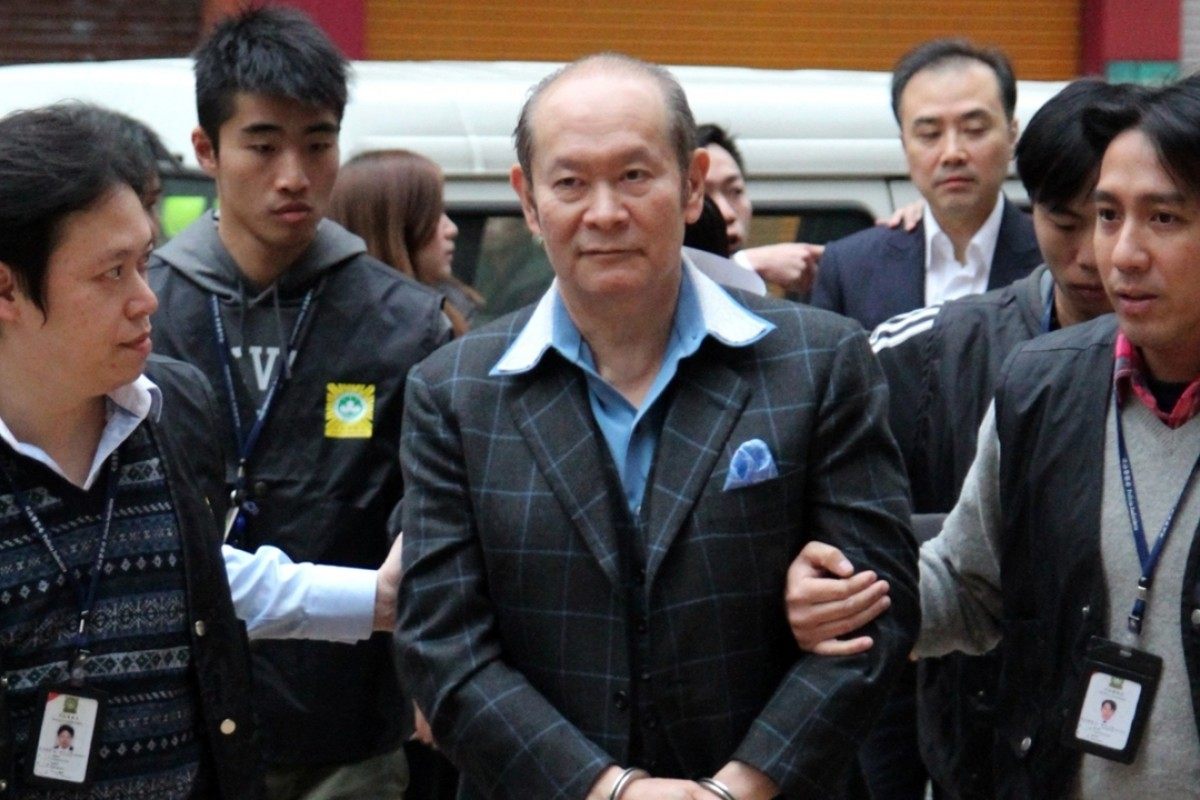 As a member of the Ho family, Alan Ho — pictured here being escorted to court in 2016 — is the closest you get to Macau royalty. (Image: South China Morning Post)

Former SJM executive Alan Ho Yua Lun was originally convicted of sexual exploitation in 2016, along with five other defendants, all employees at the Lisboa. He was initially sentenced to 13 months imprisonment, but he walked free because of time served in detention.

Ho was cleared in 2016 of criminal association and of participating in a “secret association or society.” But Macau’s Public Prosecutions Office appealed the verdict and revived the more serious charge. All six defendants were found guilty and had their sentences increased last week.

As a member of the Ho family, the 72-year-old Harvard graduate is Macau royalty. Stanley Ho’s SJM enjoyed a monopoly on casino gaming in the former Portuguese colony for decades, until it opened up to the free market in the early 2000s.

Stanley Ho, now 97 and in ill health, had four wives, or “consorts” — three concurrently — with whom he fathered 17 children, including Pansy, Daisy, and Lawrence Ho. The Ho family has, at times over the past decade, squabbled publicly over his legacy.

SJM owns or operates 21 gaming facilities in Macau, including Hotel Lisboa, as well as others elsewhere in the region. Stanley Ho has been dogged by accusations of triad association, which the family has always strenuously denied.

At the time of his arrest, Alan Ho was a director of subsidiaries of SJM.

Police detained 96 suspected prostitutes when they raided the Lisboa in 2015, the vast majority from mainland China.

Individual prostitution is legal in Macau, but the law prohibits organized prostitution and businesses from owning brothels.

Prosecutors said sex workers were required to pay an “entrance fee” to operate at the Lisboa, plus a monthly “protection fee,” amounting to $22,700 in total per year.

The court heard the hotel even had a special counter where prostitutes could “check in,” and that the hotel had reserved 120 rooms on the fifth and sixth floors for them.

The scheme, advertised as “Young, Single Ladies,” was overseen by Ho and assistant manager Kelly Wang, whose sentence was also increased by the appeals court to six years.

One of Wang’s roles was to ensure all the girls had rooms. But prosecutors discovered she would charge some $14,000 for that privilege, without Ho’s knowledge.