There’s been a shakeup over at The Stronach Group, which owns race tracks in California, Florida, and Maryland. On Monday, the company announced the sudden departure of COO Tim Ritvo, who left the company immediately. 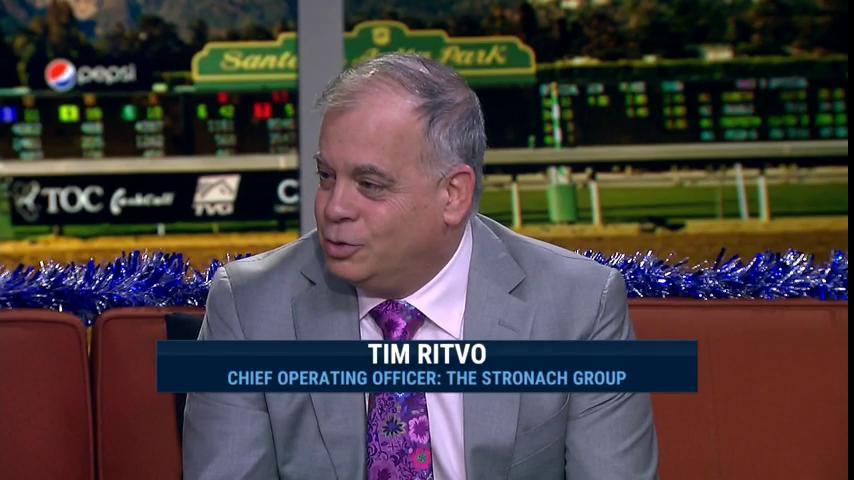 The company said in the release announcing Ritvo’s departure that it didn’t plan to immediately fill the executive-level position. Belinda Stronach, the company’s chairman and president, said that she has confidence in the existing leadership team, led by CEO Craig Fravel, to continue driving the company’s growth.

Fravel, the former president and CEO of the Breeders’ Cup, joined The Stronach Group last November after the Breeders’ Cup held its annual two-day championship series at Stronach-owned Santa Anita.

“I want to thank Tim for his 24/7, day-in and day-out commitment to our company and our sport and for the invaluable contributions he has made to the repositioning and profitability of our business,” she said. “I wish Tim success and we look forward to continuing our positive and productive relationship together.”

Ritvo left to pursue other opportunities, the company said

His departure is just the latest change for the company. In January, the company announced it was changing its public branding to 1/ST, pronounced first.

Among Ritvo’s highlights was helping to turnaround Gulfstream Park in Florida, the company said. That included his work to develop the Pegasus World Cup series of championship races for older horses. He oversaw operations at Santa Anita and the Maryland Jockey Club, which includes Laurel Park and Pimlico Race Course.

I am honored to have been part of The Stronach Group and am proud of the accomplishments that we have made for the industry across our racing and training programs,” he said. “As a former jockey, passionate fan, and life-long horseman, I am grateful to have been a part of the team. I have learned so much and want to thank everyone that I have worked with over the years for their support. I look forward to the next chapter in my professional career.”

After racing in the 1980s, Ritvo transitioned into training. According to Equibase, he had 5,100 entries, earning $13.5 million and 592 wins. He left a training operation he oversaw with his wife to join The Stronach Group in 2010.

Ritvo was a public face for The Stronach Group during what was a tumultuous 2019.

The Stronach Group had a contentious relationship with the city of Baltimore regarding its plans for The Preakness Stakes. City officials sued the company after it revealed plans to move the Triple Crown race from Pimlico to Laurel, which is located halfway between Baltimore and Washington, DC. Eventually, the two sides were able to come to a deal to keep the classic horse race and invest millions in renovating a rapidly dilapidating Pimlico.

That agreement is currently being considered by the Maryland General Assembly.

He also was often one to make statements to the media or the public as The Stronach Group dealt with more than three dozen equine deaths at Santa Anita in 2019. The fatalities prompted the company to close the track last March for three weeks to examine the surface and review medical reports.

The Stronach Group then took the lead in calling for significant reforms in horse racing, including banning the use of Lasix on race days and other safety measures. Since then, other track operators have joined The Stronach Group is pushing for similar reforms.

The deaths have continued at Santa Anita into this year, albeit at not the same pace.

On Saturday, Chosen Vessel died after sustaining an injury in the final race of the day. According to the Eqiuibase racing chart, the 5-year-old gelding was moving up in the field and closing in on the leaders when he took a bad step and was vanned off.

Chosen Vessel was the ninth horse to die at Santa Anita since racing resumed in late December. That is less than half of the deaths that the track witnessed through last February.