The Kansas City Chiefs have emerged as the current betting favorite to win Super Bowl LVII at +400 odds. The Buffalo Bills were the consensus favorite to win the Super Bowl since the preseason, but were overtaken by another team for the first time when oddsmakers adjusted their championship futures after the conclusion of Week 12. 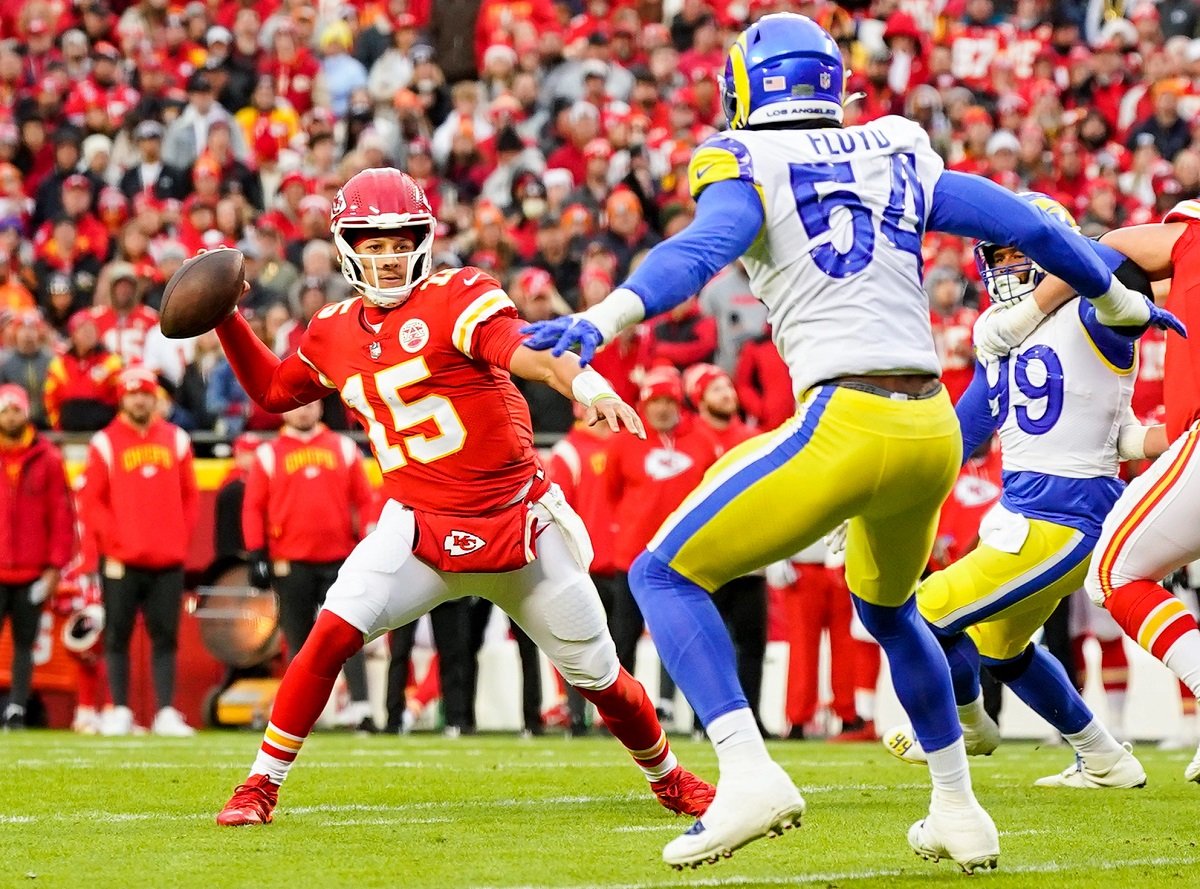 The Bills (8-3) are +450 odds to win the Super Bowl, according to an update by DraftKings. They were co-favorites last week with the Chiefs at +450 odds. The Chiefs improved to +400 after Thanksgiving week.

The Chiefs (9-2) have the longest active win streak in the NFL with five consecutive victories.

The Chiefs last lost a game in Week 6 when the Bills defeated them 24-20 at Arrowhead Stadium in Kansas City. It was a revenge game for the Bills after the Chiefs knocked them out of last year’s postseason in the AFC Divisional Round in one of the greatest playoff games in modern history. The Bills lost to the Chiefs in overtime, 42-36, and never had a possession. The game ended when the Chiefs scored a touchdown after winning the coin flip.

After a tidal wave of outrage from fans, the NFL amended its overtime rules in the playoffs so that each team gets at least one possession.

The Chiefs are seeking their second championship in the last four seasons. They defeated the San Francisco 49ers to win Super Bowl LIV, but lost to the Tampa Bay Buccaneers in Super Bowl LV.

In the preseason, the Chiefs were +1000 odds to win the Super Bowl. Over the first two months of the season, the Chiefs saw their championship odds fluctuate between +650 and +800. They were competing with an undefeated Philadelphia Eagles team as the second favorite behind the Bills.

The Chiefs are currently +200 odds to win the AFC Championship for the third time in the last four seasons. They’re slight favorites, ahead of the Bills. After last year’s playoff showdown, fans would love to see another Chiefs/Bills rematch, presumably in the AFC title game, with the winner advancing to the Super Bowl.

The Chiefs have six more games on their schedule, with four being road games. Only two of their opponents have a winning record. They have two more home games against the Seattle Seahawks (Week 16) and Denver Broncos (Week 17).

The Chiefs and Bengals square off this Sunday in a rematch of last season’s AFC Championship. The Bengals edged out the Chiefs 27-24 in overtime after the Chiefs looked awful in the second half, scoring just three points. This Sunday is a revenge game for the Chiefs, and the Bengals are +2 home dogs in Week 13.

The Bills started the season 6-1 before they were upset by the New York Jets in Week 8. Quarterback Josh Allen suffered an elbow injury in the loss, but didn’t miss any time with a UCL strain on his throwing arm. The Bills lost Week 10’s matchup against the Minnesota Vikings in overtime.

Since Allen’s injury, the Bills went 2-1. Both victories were one-score games against opponents they should have beat by double digits.

The Bills are 0-2 in the AFC East and will play four more games versus divisional foes.

The Bills have six more games remaining on their schedule, including road games against the New England Patriots (Week 13), Chicago Bears (Week 16), and the Cincinnati Bengals (Week 17).

The Bills host three more home games in Orchard Park. All three are against AFC rivals, including the Jets (Week 14), Miami Dolphins (Week 15), and the Patriots (Week 18) in the final game of the season.

The Bills are the consensus favorite to win the AFC East at -220 odds, even though they have the same 8-3 record as the Dolphins. The Dolphins currently hold a tie-breaker over the Bills after beating them in Week 3.

The Philadelphia Eagles boast the best record in the NFL at 10-1, but they’re +600 odds to win the Super Bowl as the third favorite on the futures board.

The San Francisco 49ers won four games in a row and improved to 7-4 overall. Their Super Bowl odds increased to +650 during their winning streak. After starting the season 3-4, the 49ers bottomed out at +2500 odds.

The Dallas Cowboys boast one of the top defenses in the league and they’re +900 odds to win their first Super Bowl since the 1995 season. The Cowboys won their annual home game on Thanksgiving and improved to 8-3 on the season.