Tiger Woods wrote the best sports story of 2019, according to the Associated Press, and the 15-time major winner hopes 2020 will be just as electrifying. 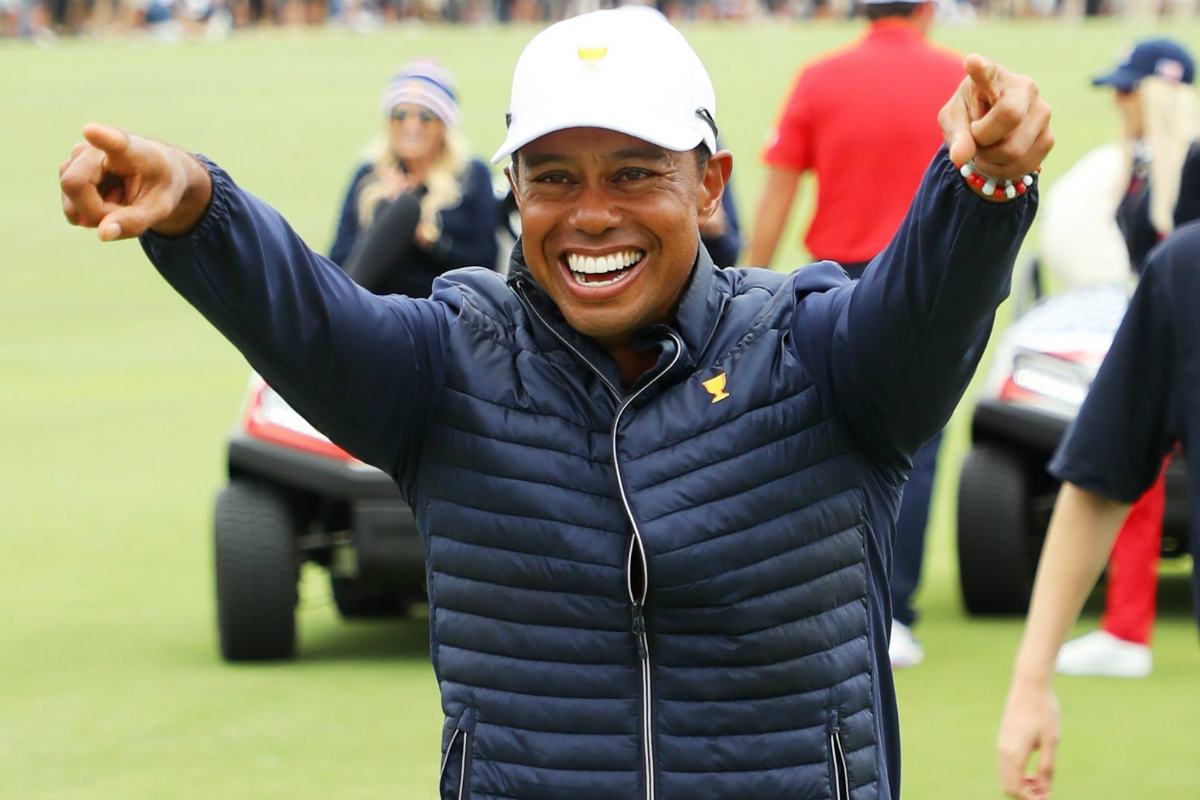 Woods announced this week that he will play at the Farmers Insurance Open at Torrey Pines January 23-26, the site of his 2008 US Open victory. That’s where he hobbled injured around the storied Southern California track and won in a playoff against Rocco Mediate.

“Excited for this season to begin,” Woods tweeted. “See you soon west coast.”

Woods will follow-up Torrey Pines with the Genesis Invitational February 13-16 at Riviera Country Club in Pacific Palisades, California. Woods is the tournament host, and the event recently received elevated status on the PGA Tour to become an invitational.

It’s an honor for us to be in the same category as Jack Nicklaus and Arnold Palmer,” Woods said, referencing those greats and their respective invitationals. “Those are two legends of the game. For us to have this type of elevation, all the things we want to have happen for the tournament are going to happen.”

Woods added, “On top of that, to be able to host the tournament each and every year at Riviera, where it all started for me, it’s come full circle.” Tiger made his PGA Tour debut at Riviera in 1992 at the age of 16.

The AP declared Woods’ Masters win in April the 2019 sports story of the year. It had been more than a decade since he won his 14th major – the 2008 US Open.

During that drought, his affairs were heavily publicized and he admitted to cheating on his wife with numerous women. The marriage ended in divorce.

Woods battled several injuries as well. Many thought he might be finished. He wasn’t.

April’s win at Augusta National marked his fifth donning of the green jacket. The odds are good he might garner a sixth in three months.

Speaking of Brooksie (as Tiger calls him), the SuperBook has a prop bet on the number of majors he’ll win by 2040.

The 29-year-old currently has four majors to his resume (2018, 2019 PGA Championship, 2017, 2018 US Open). His best finish at the Masters came last year, when he finished T2, one shot back of Woods and tied with Dustin Johnson and Xander Schauffele.

As for how many majors he’ll have when he’s nearing the age of 50, the SuperBook has the over/under at 7.5 majors. At the rate he’s going, the over seems to be quite attractive at this time.