Tiger Woods winning his fifth green jacket in April has been named the Associated Press Sports Story of the Year for 2019. 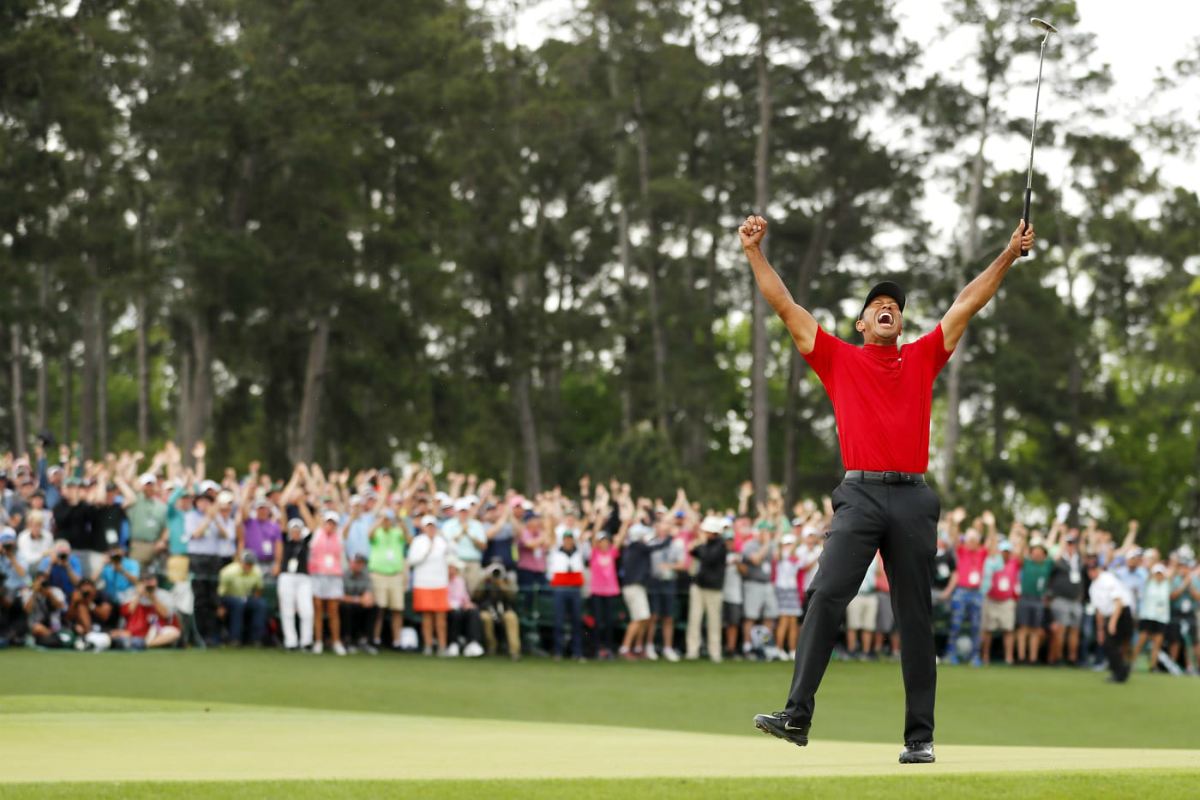 Tiger Woods donning the Masters green jacket in 2019 was the sports story of the year, so says the Associated Press. (Image: Kevin Cox/Getty)

Woods shocked the sports and golf world with a comeback that few saw coming.

Though he had 14 majors to his hall of fame resume prior to the 2019 Masters, his last came in 2008 at the US Open. More than a decade removed, golf fans had largely abandoned their earlier foregone conclusion that Woods would surpass Jack Nicklaus’ record of 18 majors.

Since his last major, Tiger had undergone an infidelity scandal that cost him his marriage, wrecked his Cadillac Escalade after colliding with a fire hydrant outside his Florida mansion, endured further injuries, played poorly, and as recently as May 2017, was arrested for driving under the influence of drugs.

And then, remarkably, Woods shoots rounds of 70-68-67-70 at Augusta National to win his fifth Masters.

The AP Story of the Year was chosen by a mix of AP sports editors and beat writers. Tiger’s win in Georgia topped runner-up entry the US Women’s National Team victory at the World Cup.

Tiger Woods’ 2019 Masters win came against the longest of odds.

In early 2018, Tiger Woods was at 50/1 to win that year’s Masters. But a series of strong finishes – including three top 10 tournaments leading up to the first major of the year – prompted bettors to wager heavily on him. As a result, sportsbooks made him the favorite.

At the time, Tiger said he was the favorite because there’s “a lot of gamble-oholics out there.” Those “gamble-oholics” provided a major victory for oddsmakers when Woods finished T32.

But fast-forward to 2019, and bettors got their payback on the house. Rory McIlroy was the odds-on favorite at 9/1. Dustin Johnson was next (10/1), and Woods and Justin Rose tied for third at 12/1.

Woods’ line implied a winning chance of 7.69 percent. And unfortunately for sportsbooks, more money was wagered on Tiger than any other competitor in the 87-player field.

The most notable wager came from James Adducci, a Wisconsin native who bet $85,000 on Woods winning at 14/1 odds at SLS Las Vegas’ William Hill sportsbook. The victory netted Adducci $1.19 million.

Unsurprisingly, sportsbooks have Woods as a leading 2020 candidate for the Masters. However, world No. 1 Brooks Koepka is the current frontrunner at 9/1.

The 12/1 odds for Woods is the same line he entered the 2019 Masters with. Could history repeat itself once again? It might be wise not to bet against it.