President Donald Trump told reporters on Wednesday that he’d check into issues with smaller casinos not qualifying for federal small business loans that were included in the recent COVID-19 relief package. 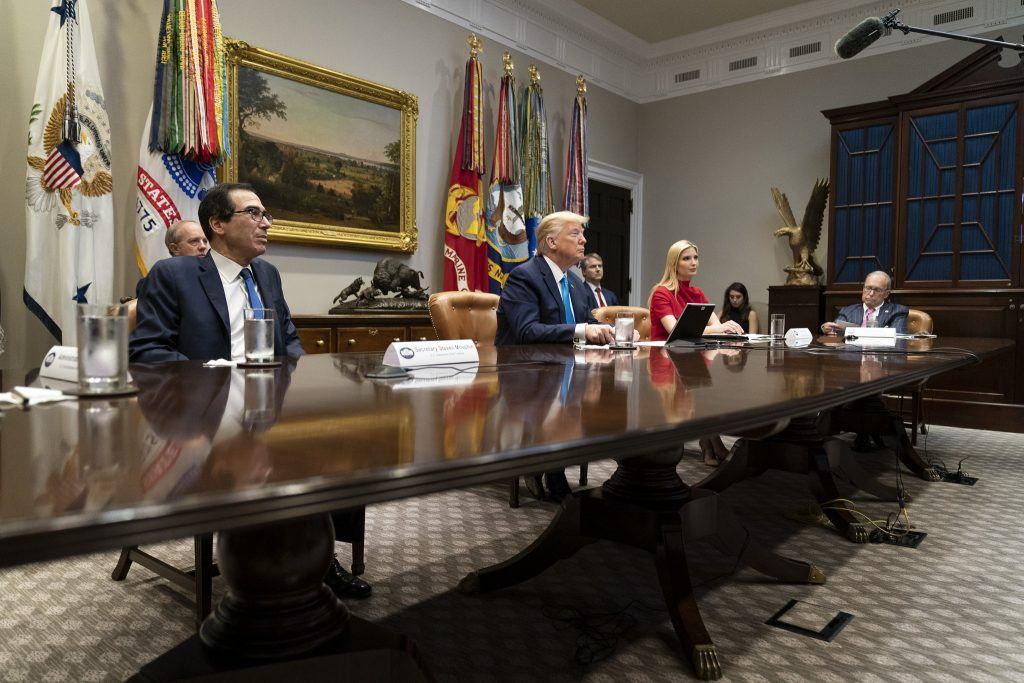 The remarks from the president, a former casino owner himself, come a week after the Small Business Administration (SBA) established guidelines for the $349 billion Paycheck Protection Program (PPP), which allows small businesses with 500 or fewer employees to receive a loan of up to $10 million.

The loan principal would be forgiven if 75 percent was used to pay employees while businesses were closed because of the COVID-19 outbreak. Remaining funds could also be used to pay utility bills and other business costs.

When the SBA established its criteria, it used nearly 25-year-old guidelines to determine eligibility. Those rules exclude companies that derive more than a third of their revenues from gaming.

Trump specifically was asked about smaller casinos in Nevada, but the issue is prevalent across the country. He said Wednesday he had not been made aware of the issue.

“I’ll look at it. It’s a great state,” Trump said about the Silver State. “They do a great job, so I’m going to look at it very strongly. I understand what they mean.”

Before Wednesday, Trump had been touting the PPP loans as a way to help small businesses stay afloat and get in a better position for growth once the COVID-19 outbreak wanes. He’s also called on Congress to allocate more funding for the first-come, first-served program in the next relief/stimulus bill they consider.

The president’s remarks came on the same day as American Gaming Association President and CEO Bill Miller urged Trump to get involved and address what he called a “discriminatory policy” against small gaming companies.

Without the loans, these companies would be forced to lay off workers during the extended shutdown instead of keeping them on board.

Individuals who are laid off will otherwise be pushed into unemployment assistance and Medicaid,” Miller wrote. “Not only are workers better off when they remain connected to their employer, this approach has long-term benefits to our economy. The dislocation costs associated with widespread unemployment are severe. Maintaining employees on payroll avoids rehiring complications, saves on future training costs, and increases productivity, which is essential to a faster economic recovery.”

After hearing Trump’s comments early Wednesday evening, Miller went to Twitter to thank the president for his “leadership and commitment” to helping small gaming businesses in 43 states get access to the funding.

That included a letter US Rep. Susie Lee (D-Nevada) wrote to Carranza and Treasury Secretary Steven Mnuchin on Tuesday.

In that letter, Lee, who represents the tip of Nevada south of Las Vegas, said video poker machines are a necessity for most independent bars and restaurants in her district. Those businesses, like the major casinos and other entertainment attractions, have been forced to close.

“For the SBA to take the position that these small businesses are not eligible for needed aid because of their involvement in the gaming industry belies the economic realities of their location and will doom countless small businesses to bankruptcy,” she wrote.