The No. 8 Wisconsin Badgers (10-2) will look to upset No. 1 Ohio State (12-0) in the Big Ten Championship tonight in Indianapolis at Lucas Oil Stadium. 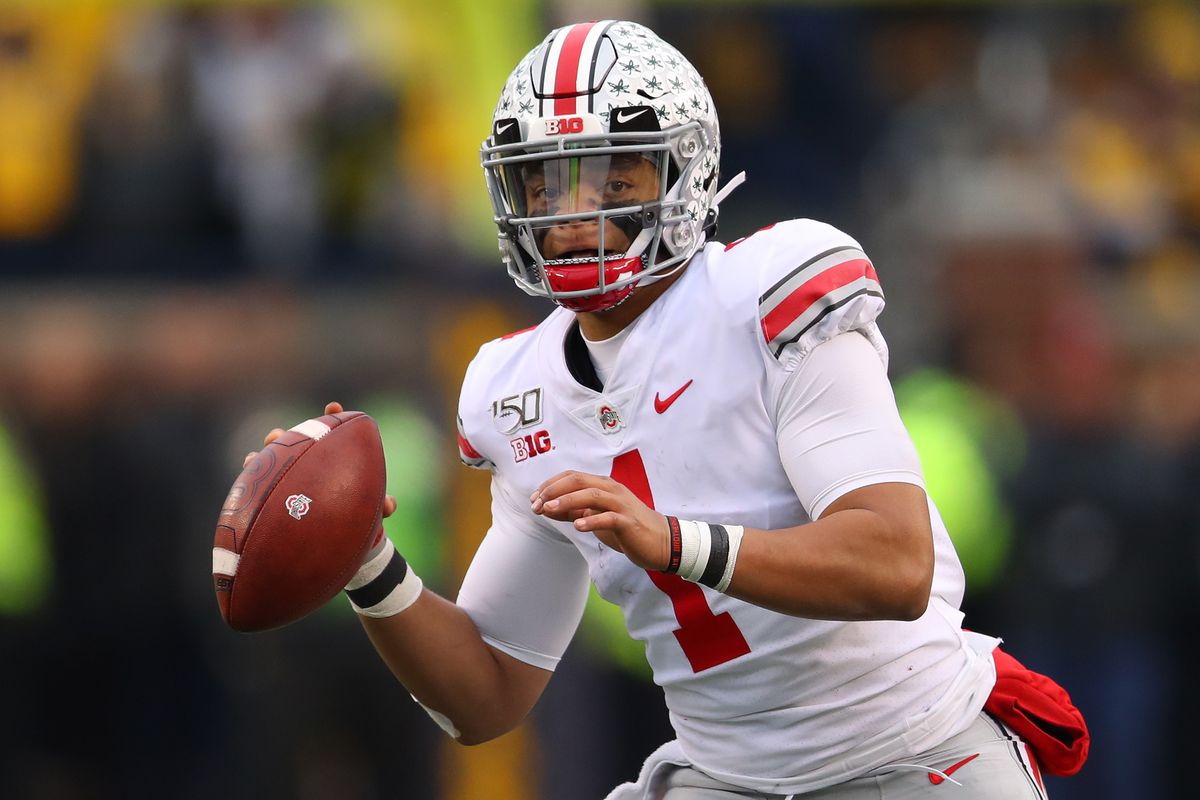 A win against the Wisconsin Badgers, and quarterback Justin Fields and his top-ranked Ohio State Buckeyes roll into the postseason unscathed. (Image: Gregory Shamus/Getty)

Oddsmakers taking action on the title game aren’t giving the underdog Badgers much of a realistic chance. William Hill and DraftKings have Ohio State spotting Wisconsin 16.5 points. Buckeyes bettors can get a bit better of a deal at Bet365 NJ (16 points), and PointsBet and FanDuel at 15.5 points.

OSU coach Ryan Day isn’t allowing his team to get ahead of themselves.

The first-year coach continued, “They run the football, they’re very, very well-coached on both sides of the ball, and we were in a dogfight in that game.” Day was referencing his team’s 38-7 win over the Badgers in October.

Ohio State has been the considered the first or second top team in the country throughout much of the 2019-20 NCAA football season. The College Football Playoff (CFP) National Championship Selection Committee has put the Buckeyes No. 1 in each of the last two weekly rankings.

Pending an absolute blowout at the hands of the Badgers, the odds are strong the Buckeyes will be afforded a playoff spot regardless of whether they grab the Big Ten Championship.

The FPI gives OSU a 96 percent chance of playing in either the PlayStation Fiesta Bowl or Chick-fil-A Peach Bowl on December 28. The computer projects Ohio State will win the National Championship 38 percent of the time.

On the other end of the spectrum, the computer has Wisconsin’s chances of securing one of the playoff spots at just five percent. Its championship odds are less than one percent.

Despite the long point spread on OSU-Wisconsin – second longest this weekend only to No. 3 Clemson (12-0) spotting No. 23 Virginia (9-3) 28.5 points – bettors are still going with the favorites.

The percentage of public spread bets on the game are lopsided in Ohio State’s favor. Oddsmakers have additionally printed more tickets on OSU for the point total and moneyline.

Wisconsin coach Paul Chryst is ready for the opportunity to play upset and potentially reach the CFP.

“I certainly think there’s a sense of eagerness or excitement that you’ve done all that you can, and you get a right to play in this game,” Chryst explained.