The odds of an economic recession in the United States have shortened greatly in recent weeks because of the ongoing spread of the deadly COVID-19 virus. 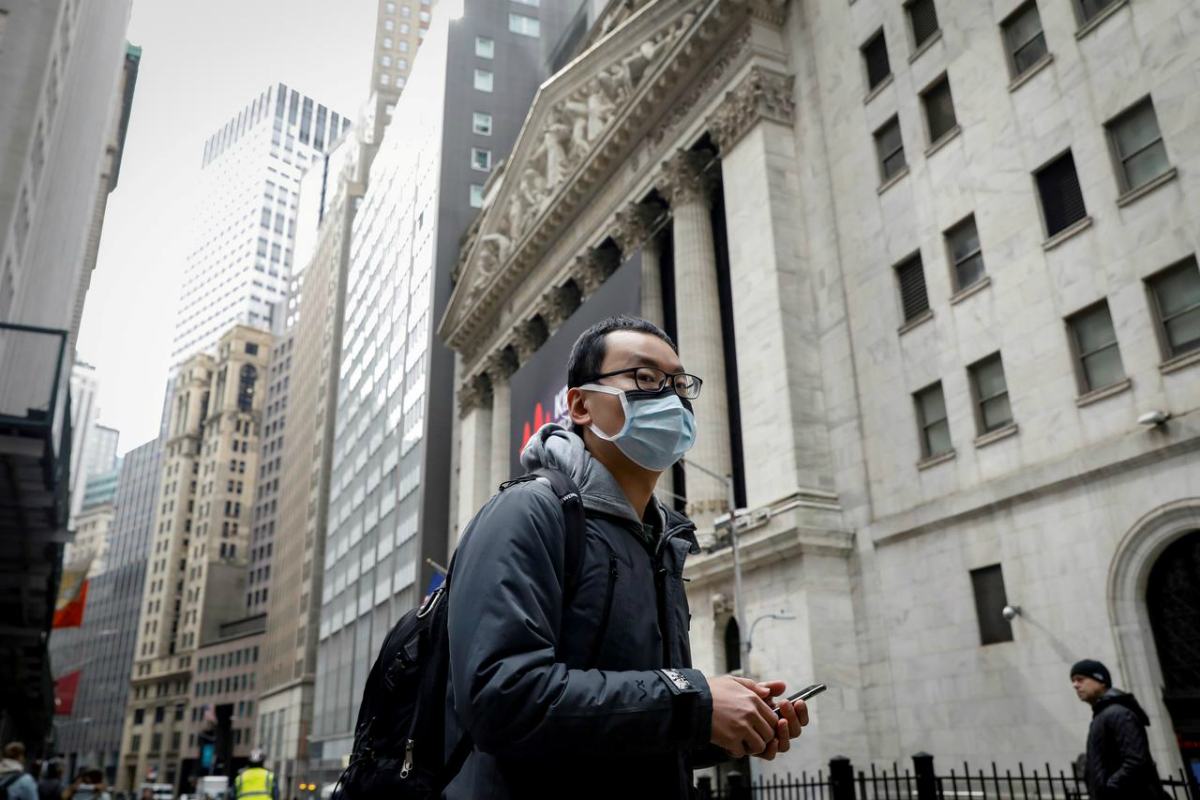 Bettors believe a US economic recession is looming because of the coronavirus outbreak. (Image: Brendan McDermid/Reuters)

Online political betting exchange PredictIt has a market asking, “Will there be a recession in Trump’s 1st term?”

When the new year began, the Dow Jones Industrial Average and the other major indexes were on a tear. The DJIA index began 2020 valued at 28,868. “Yes” shares of the PredictIt recession question were trading at just 19 cents.

Fast-forward a little more than two months, with a deadly coronavirus sweeping the planet, and global economies are plummeting. In the US, the Dow is down to 21,300 as of Thursday afternoon – a more than 26 percent drop.

As a result, those “Yes” PredictIt shares have gone in just the opposite direction – currently trading around 70 cents. PredictIt defines an economic recession as the Bureau of Economic Analysis reporting “at least two consecutive quarters with a negative annual growth rate in real gross domestic product.”

The gaming industry of course relies heavily on tourism, meaning the travel restrictions in Macau, and now the US banning all foreigners from European countries accessing the country, means revenues will fall drastically.

Shares of major US-based casino operators have taken a beating over the last month.

The seriousness of the 2019 coronavirus has been much debated. Older people, including those with chronic diseases such as heart and lung problems and diabetes, are most at risk. But many doctors and health officials say the coronavirus in healthy adults presents symptoms that are no more serious than the seasonal flu.

During his company’s fourth-quarter earnings conference call back in late January, Sands billionaire CEO Sheldon Adelson, who himself is battling non-Hodgkin’s lymphoma, called the coronavirus “unique and serious.”

However, Sands President and COO Robert Goldstein countered, “We don’t anticipate any slowdown as a result of the virus.”

The gaming industry crash will not allow Eldorado to fold on its $17.3 billion acquisition of Caesars, as the takeover has a clause that says the regional casino operator cannot use “public health emergencies” to get out of the merger.

President Donald Trump says the pandemic is a health crisis – not an economic one.

“This is not a financial crisis. This is just a temporary moment of time that we will overcome together as a nation,” Trump said during his Oval Office address to the nation Wednesday night.

“Because of the economic policies that we have put into place over the last three years, we have the greatest economy anywhere in the world, by far,” he added. “Our banks and financial institutions are fully capitalized and incredibly strong. Our unemployment is at a historic low. This vast economic prosperity gives us flexibility, reserves, and resources to handle any threat that comes our way.”

But if there’s one thing markets don’t like, it’s uncertainty. And COVID-19 has cast an abundance of uncertainty around the world.