Pushing wooden pieces across a table may not be the most athletic activity, but millions of people love chess. And with the Candidates Tournament to choose the next challenger for the game’s world championship likely being the most significant active sporting event on the planet right now, some American sportsbooks have expressed interest in offering betting on chess. 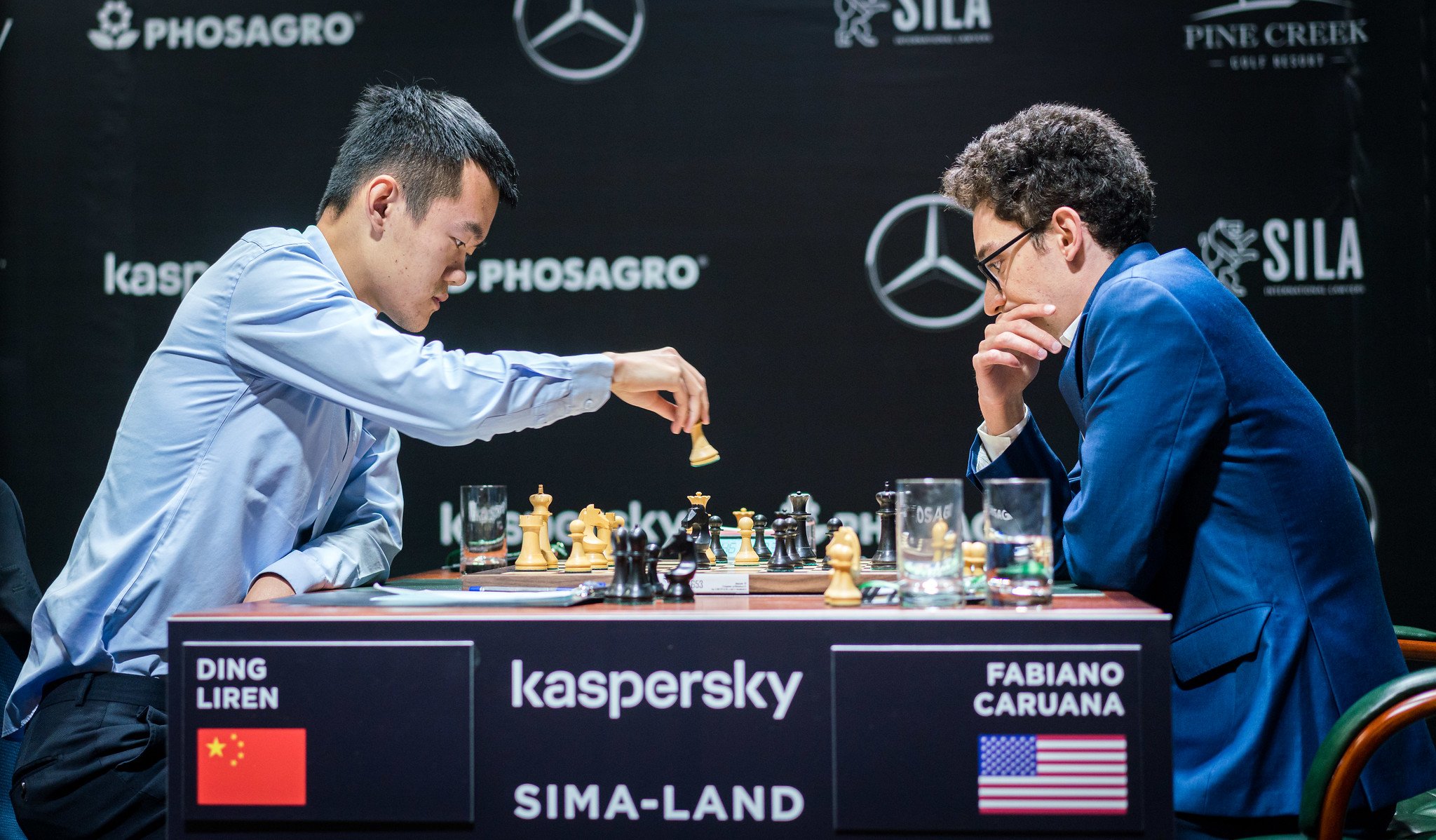 Grandmasters Ding Liren and Fabiano Caruana compete in Round 3 of the Candidates Tournament in Russia. (Image: Lennart Ootes/FIDE)

But while eight of the world’s top grandmasters are competing in Yekaterinburg, Russia, state regulators must first approve betting on chess before bookmakers can offer it in the United States.

Betting on Chess Hardly a Novelty

Chess betting is a reasonably common offering at European bookmakers. Unibet even signed World Chess Champion Magnus Carlsen – probably the only active chess player with some public notoriety – to a two-year sponsorship deal earlier this year. At the time, Rhodri Darch, the chief commercial officer for Unibet parent company Kindred Group, spoke to the fact that the company has had some success offering chess betting.

Luck is no coincidence♟

“I joined the company in 2009 and we were discussing around chess as far back as 2010,” Darch said at a press conference. “We often see on a big match day, on a big chess tournament, as many players interested or active around chess as we do on Premier League or some of the big international football events.”

As of yet, American sportsbooks haven’t offered chess betting. It’s unlikely many had asked before the coronavirus outbreak, which has shut down almost all sporting events worldwide. Now, operators are looking for anything and everything that their users can bet on.

Among the betting firms asking about betting on chess is PointsBet. According to PointsBet communications director Patrick Eichner, the bookmaker hasn’t yet heard back from regulators about whether chess betting would be permitted. However, Eichner made it clear that PointsBet would be interested in continuing to offer betting on chess events even after the coronavirus pandemic came to an end.

“If approved, [chess betting] would be perpetual, so we would have the ability to offer betting on major chess events in the future,” Eichner told Casino.org. “For the Candidates Tournament, we would probably offer 3-way results on all ongoing matches. Moving forward, [Pointsbet] would offer futures for tourney winners on the Grenke Chess Classic, World Championship, [and other events].”

Eichner also told Casino.org that PointsBet would try to put its own unique spin when developing chess betting markets. It would also lean on international operators with a history of offering wagering on chess to come up with ideas.

In the case of Unibet, the main markets available are individual game bets and tournament futures. For instance, in Saturday’s fourth round games, American Fabiano Caruana is a +260 pick to beat Ian Nepomniachtchi of Russia (+1200) with the advantage of the white pieces. Draws are common in high-level chess, so it is unsurprising to see a drawn game fetching just -250 odds. Caruana is also the tournament favorite at +150.

But other bookmakers have tried more exotic prop bets in the past. From the number of moves in a game to which type of piece will be captured first, betting on chess could potentially offer action-starved bettors a way to break out of the coronavirus stalemate.