No. 5 Utah (11-1) is favored tonight against No. 13 Oregon (10-2) in the Pac-12 Championship at Levi’s Stadium in Santa Clara, California. The Utes hope to secure a sport in the College Football Playoff (CFP) National Championship. Kickoff is set for 8:00 pm ET. 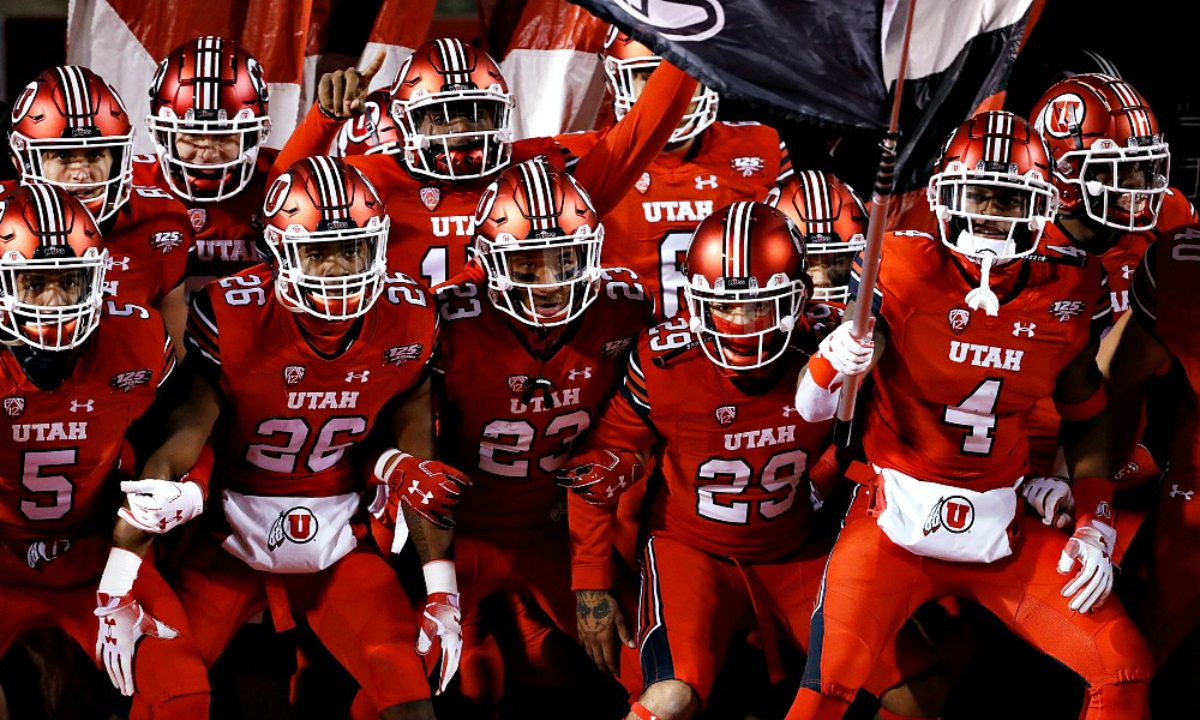 Utah is the Pac-12’s only chance of sneaking into the College Football Playoff National Championship. (Image: USA TODAY Sports)

The Pac-12 title game has considerable playoff implications. A Utes win greatly puts Utah in the CFP four-team consideration. But even with a win, if No. 4 Georgia upsets No. 2 LSU, the CFP Selection Committee will be tasked with deciding if the SEC warrants two spots in the playoff.

An LSU win and a Utah win almost seals a playoff spot for the Pac-12. An Oregon victory eliminates the conference from CFP consideration, and the Big 12 champ (No. 6 Oklahoma or No. 7 Baylor) is likely in.

Utah is favored by 6.5 points on the spread, and -240 on the moneyline. A $100 bet and Utes victory nets just $41.67. The over/under is at 46.5 points. The percentage of bets has been relatively split between Utah and Oregon, a slim more on the favorites.

Tonight marks Utah’s second consecutive trip to the Pac-12 Championship. But unlike a year ago, this time around the Utes are fully healthy. Star quarterback Tyler Huntley, running back Zack Moss, and wide receiver Britain Covey will all be ready to play.

Utah’s lone loss came at Southern California September 20 in a 30-23 defeat. Moss exited in the first half with a shoulder injury. The senior RB has been electrifying since his return, rushing for at least 100 yards in five of Utah’s final seven games. He eclipsed the 200-yard mark against Arizona last month.

ESPN college football analyst Paul Finebaum has been quite vocal in dismissing Utah as a CFP contender.

Asked which team gets in if both Utah and Oklahoma win, Finebaum answered, “Oklahoma’s getting in, because let’s be honest, the country does not want to see Utah in the College Football Playoff. I mean, it’s Utah!”

Utah’s Twitter account shared the video with the caption, “Thanks for the bulletin board material. Keep it coming.”

Oregon’s playoff bid ended with its shocking upset at Arizona State on November 23. Even if they win tonight, the Ducks’ resume won’t be enough to grab one of the four playoff spots.

Bowl projections have Oregon in either the Rose Bowl or Alamo Bowl.

The ESPN playoff predictor believes Ohio State, Clemson, and LSU have already secured three of the CFP spots, regardless of their conference championship outcomes. The three teams respectively have a 98 percent, 94 percent, and 92 percent of playing another game.

Georgia is at 53 percent of completing the four. Oklahoma follows at 37 percent, and Utah is a distant sixth at just nine percent.