Vermont Sen. Bernie Sanders has solidified his position as the betting favorite to secure the Democratic Party’s nomination for the 2020 presidential election. 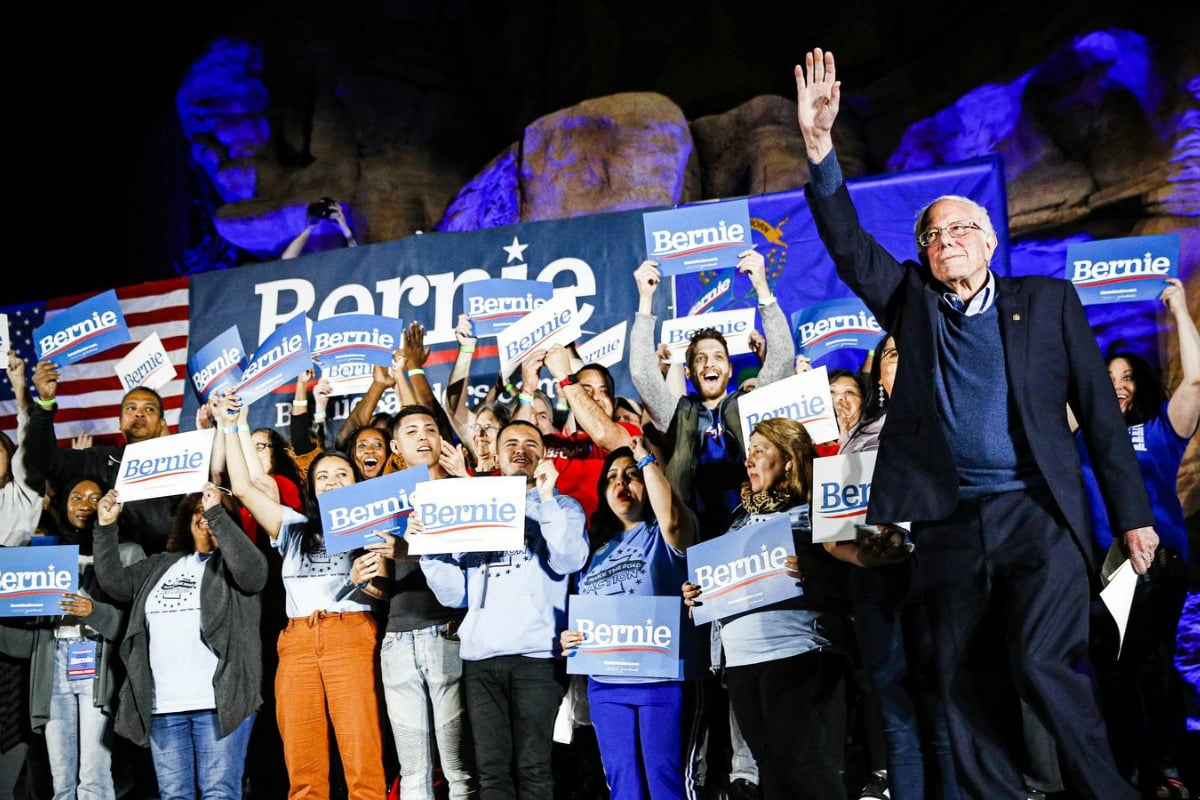 Sanders won the Nevada caucuses on Saturday to take the national Democratic lead. As of Sunday afternoon, with 60 percent of county conventions reporting their results, the 78-year-old commanded 46 percent of the vote for 10 delegates. No other Democratic candidate received a single delegate.

Sanders’ frontrunner status, however, is escalating tensions within the Democratic Party regarding the self-described democratic socialist’s electability.

We are bringing our people together,” Sanders declared. “In Nevada, we have just brought together a multi-generational, multi-racial coalition which is not only going to win in Nevada, it’s going to sweep this country.”

According to PredictIt, Sanders is now the betting favorite in every state Democratic primary except South Carolina, Alabama, and Mississippi. Even in Joe Biden’s home state of Delaware, Sanders’ shares of winning the primary are at 62 cents to the former VP at 32 cents.

With Sanders the betting favorite in nearly every Democratic primary, the odds are lengthening regarding a possible brokered convention.

A brokered convention is when a political party fails to choose a nominee on the first round of delegate voting at the party’s nominating convention. It occurs when each presidential candidate falls short of obtaining at least half of the delegates.

PredictIt’s market asking whether the Democratic Party will have a brokered convention have “Yes” shares at 41 cents. That’s down from 54 cents prior to Saturday’s results in Nevada.

“Before we rush to nominate Senator Sanders in our one shot to take on this President, let’s take a sober look at what is at stake for our party, for our values, and for those with so much to lose,” Pete Buttigieg said. “Senator Sanders believes in an inflexible, ideological revolution that leaves out most Democrats, not to mention most Americans.”

The PredictIt market on which Democratic candidate will win the nomination has Sanders at 66 cents. Former New York Mayor Mike Bloomberg is a distant second at 15 cents, and Biden third at 12 cents.

Reports surfaced last week that Russia is once again attempting to meddle in a US presidential election. Details regarding what the Kremlin is allegedly doing to support Sanders – a campaign President Vladimir Putin is said to want Trump to face so he can be easily reelected – were not specified.

But bettors apparently agree that Sanders cannot beat Trump, as the president’s reelection odds are shortening. Trump’s shares of winning the 2020 election are at 56 cents. That’s up three cents from before the Nevada caucuses.

Looks like Crazy Bernie is doing well in the Great State of Nevada. Biden & the rest look weak, & no way Mini Mike can restart his campaign after the worst debate performance in the history of Presidential Debates. Congratulations Bernie, & don’t let them take it away from you!” the president tweeted.