Virginia Gov. Ralph Northam wants the state to hold off on banning unregulated gaming machines, and instead use the devices to provide a temporary revenue source for COVID-19 relief. 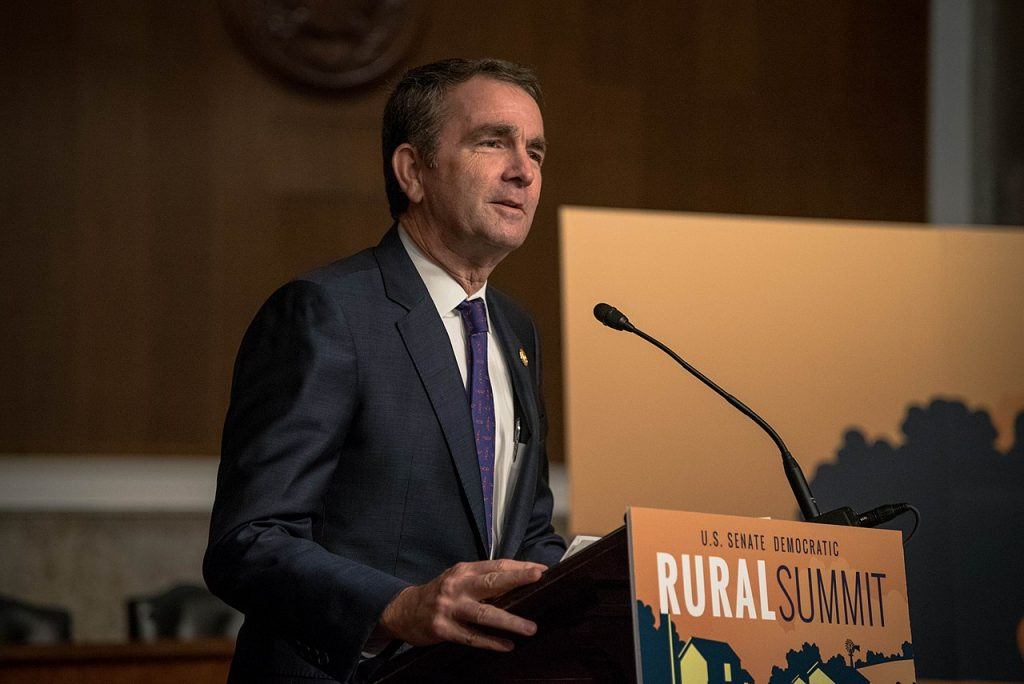 Virginia Gov. Ralph Northam wants lawmakers to hold off on banning unregulated gaming machines in the state for a year. During that time, the machines could be taxed to help fund a COVID-19 relief package. (Image: Mark Warner/Wikimedia Commons)

If the General Assembly concurs, then the games of skill, also known as gray machines, could generate about $150 million to help the state once the coronavirus pandemic ends., according to the Democratic leader.

Northam offered the proposal on Saturday, the final day he had to decide whether to sign Senate Bill 971 into law. Northam chose to send the bill, which cleared the General Assembly on March 18, back to lawmakers in Richmond.

The legislature is scheduled to reconvene on April 22.

On Monday, when asked why he sent the bill back, Northam said he heard from a lot of businesses that offered the games in their establishments.

The will of the General Assembly was to close those games of skill down. That was four weeks ago, times have changed,” Northam said. “Restaurants, convenience stores, some have already closed, others are just on the edge of closing, so I’ve had a lot of people communicate with our office and say ‘Can we please keep those games of skill in operation for another year?’”

If lawmakers approve, the gaming machines would not be banned until July 1, 2021 – a full year after lawmakers initially planned. The bill does not pass if lawmakers don’t concur with Northam.

According to the Governor, there are about 15,000 such games in truck stops, convenience and liquor stores, restaurants, and other businesses in the state.

Under Northam’s proposal, game distributors would pay the state a flat $1,200 tax for each machine it operated in Virginia during the previous month.

The state’s Problem Gaming Treatment and Support Fund and the Alcohol Beverage Control Authority (ABC) would each receive two percent of the revenue. The community where the machine is placed would receive 12 percent, and the remainder would be set aside for a new COVID-19 relief fund.

According to Northam’s proposal, only games that were available for play in licensed retail stores and truck stops as of June 30 would be allowed to operate as of July 1.

The skill games that would be taxed are the ones that give cash or similar prizes to players. Similar machines used at such businesses as family arcades and other children-focused outlets that offer prizes not exchangeable for cash will not be taxed.

Virginia is not the only state dealing with unregulated games, as such states as California, Pennsylvania, and Texas have used law enforcement to either confiscate money from the games or the machines themselves.

The issue became murkier in Virginia, when, in 2017, the ABC allowed one distributor to legally place machines in ABC-licensed businesses. Two years later, the state Attorney General ruled it would be up to the local commonwealth’s attorneys to decide the machines’ legality on a jurisdiction-by-jurisdiction basis.

For years, the Virginia Lottery has claimed the devices have cost them sales. A legislative report from last year indicated that 4,500 machines were found in 1,350 lottery retailers, roughly a quarter of the statewide lottery retailers.

While Northam initially proposed to tax and regulate the machines in his first budget proposal, lottery officials raised their concerns to the legislature, which agreed to ban them.

Early last month, before the COVID-19 crisis caused a statewide shutdown, the Virginia Petroleum and Convenience Marketers Association predicted that Northam would be lobbied to amend an outright ban. Whatever happens, the trade association doesn’t think the issue will end in the state this month.

“What became clear during session was that action to ban these machines was in response to the manufacturer’s decision to install the machines without the usual regulatory approval (which the manufactuers say they did not need) and without paying state or local taxes on the proceeds,” the trade group posted on its March 9 General Assembly Update. “Whatever the outcome, lawsuits are likely.”