Thanks to some last-minute votes by the state legislature this weekend, Virginia will soon be a state for lovers – of gaming. 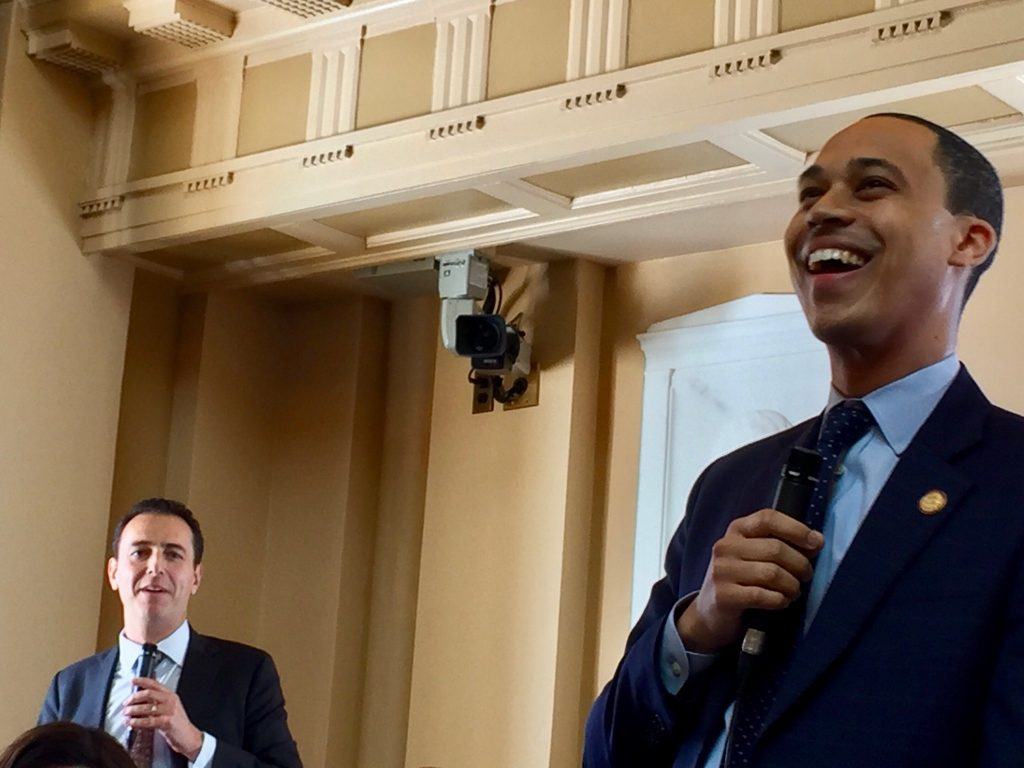 Lawmakers in the House of Delegates and the Senate came together on two bills that would dramatically expand legalized gaming in the state. The first would legalize sports betting, while the other established the tax rates casinos would pay in Virginia.

The latter bill was a reenactment of a bill passed last year allowing up to five casinos in the state.

The bills now go to Gov. Ralph Northam to sign into law.

Saturday was the final day of the General Assembly’s 60-day session, which gave lawmakers a hard deadline to reach deals on those bills and other pieces of legislation.

No Dice on In-State College Betting

On the sports betting bill, members of the House of Delegates debated a conference committee compromise that would have allowed for betting on in-state college teams. The conference bill created some confusion, as it might have created a loophole where brick-and-mortar sportsbooks would have been banned from allowing bets on such teams as the Virginia Cavaliers or the Virginia Tech Hokies.

As a proud alum of one of our great state universities, I would love the opportunity to support them if they’re doing well in sports events, and maybe make some money on my own,” Jones said.

However, state Del. David Bulova (D-Fairfax) and others said that betting on student-athletes was too problematic, especially since the athletes themselves were amateurs. The House voted down that bill 40-56.

Delegates then set up a second conference to hammer out a new deal with Senators. The do-over bill passed 59-35 in the House in the early morning hours Sunday and 29-10 in the Senate.

The bill calls for the Virginia Lottery to oversee sports betting. The state would allow between four and 12 licenses, with sportsbooks paying $250,000 for a three-year permit. Renewals would cost $200,000.

If enacted, the bill would give the Lottery Director the discretion to issue the number of permits, again between four and 12, “that would maximize tax revenue” for the state.

The new bill also lowered the tax assessed on sports betting to 15 percent of adjusted gross revenue. Of that, the state would set aside 2.5 percent for problem gaming assistance. The state’s general fund would get the remainder.

The bill would allow the Washington Redskins to offer sports betting if the team decides to build its new stadium in Virginia.

Lawmakers set up a conference committee after the Senate rejected a House plan late last month. The approved bill reached a compromise between the rates each chamber proposed.

With the tax rates now in place, pending Northam’s approval, the communities that have been selected for the casinos – Bristol, Danville, Norfolk, Portsmouth, and Richmond – now will be able to hold local-option elections to determine if residents indeed want casinos in their Virginia communities.

In addition to allowing casinos, the bill – if passed – would allow for an expansion of historical horse racing (HHR) machines, again by a local referendum. Voters in a selected community could approve up to 600 of the slot-like games, provided the number in the state does not exceed 2,000. It’s a measure designed to protect Colonial Downs’ interests, as the race track is also seeking a casino license in Richmond.