The striking down of the federal ban by the U.S Supreme Court paved the way for Sports betting outside Nevada. With no new legislation, the New Mexico would also join the Sports betting States next week. The new Sportsbook would be operational from October 16, 2018, after US Bookmaking, a Las Vegas company agreed on providing services for the sports betting at a tribal casino.

The Pueblo of Santa Ana Gaming Commission would overview the New Mexico’s tribal gaming compacts to ensure responsible gaming and create a level playing field thereby enhancing the integrity level. Under the existing gaming compacts, there is no revenue to the State of New Mexico except a percentage from the slot machine or video poker receipts. The gambling revenue of the casino has no bearing on the state revenue. There is a likelihood of this clause being renegotiated with the new Governor.

The casino, which has four-digit slot machines and some limited table games is located in Albuquerque catering to a population of more than half a million. 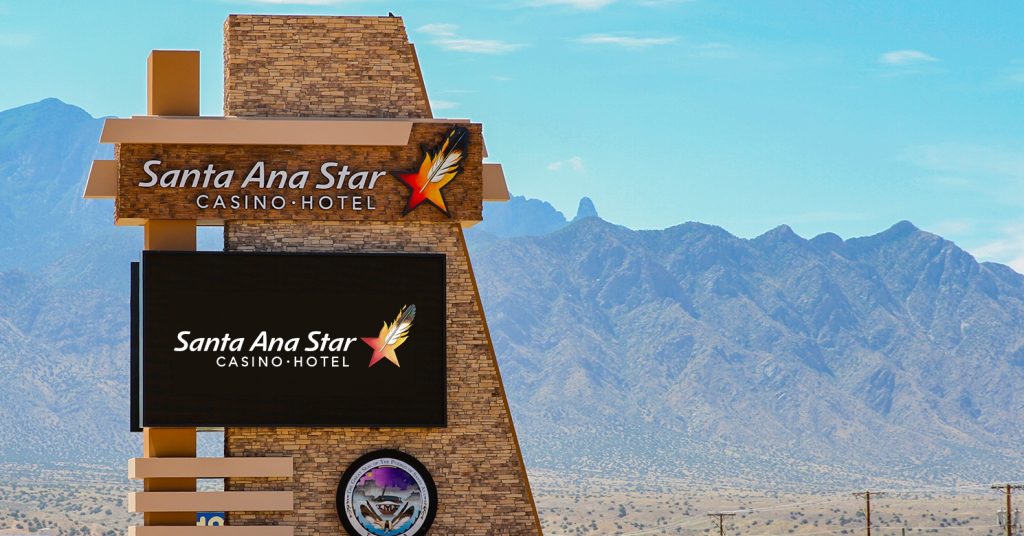 This changing trend is seen as a positive signal for a full-fledged gambling among other tribes.

Who Will Join the Bandwagon?

Outside of Nevada, the New Mexico is the first state to have introduced the wagering on a single game. With the launching of a tribal casino, there would be six states in all where the population of Delaware, New Jersey, West Virginia, Pennsylvania, and Rhode Island could quench their excitement and entertainment in sports betting. Henceforth, they need not be content only with the online casino gambling.

We need to wait and watch whether the games of the University of New Mexico and the State University would be included for wagering at the Santa Ana. It is already being reiterated annually that as per the guidelines of North Collegiate Athletic Association, the gambling on sports is not permitted.

Similarly, it is also not very clear how many casinos like Bovada or MyBookie are waiting for joining the bandwagon in the sports betting as a part of the regular casino games. Only the future would have answers for these since the situation is unclear at present.