The Washington Nationals have shocked the baseball world. 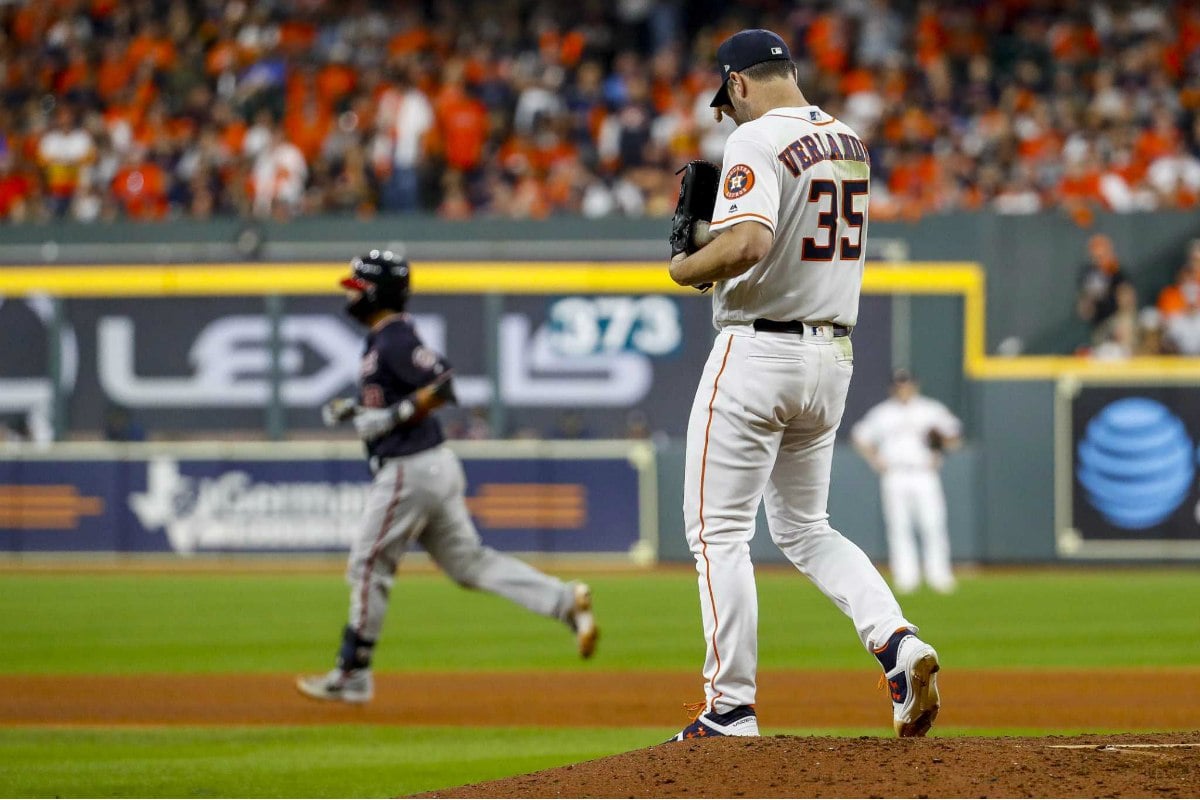 The FanDuel sportsbook now has the series price at Washington -280, Houston +225. Prior to the first pitch on Game 1 Tuesday night, that price was Washington +200, Houston -240.

Houston was the biggest World Series favorite since 2007. The Astros won more games (107) than any other team in baseball this year, but are now two games away from seeing their season end.

We have a really good team,” Houston manager A.J. Hinch said. “Clearly, the Nats have outplayed us, bottom line. They came into our building and played two really good games.”

Nationals catcher Kurt Suzuki broke a 2-2 tie in the seventh. It opened up the floodgates, as Washington went on to score five more in what was a messy inning for the home team.

With the loss, Verlander, a future Hall of Fame pitcher, fell to 0-5 in World Series starts. He led the majors with 21 wins this season and struck out a career-high 300 to reach 3,000. But when it mattered most, Verlander fell short.

“Obviously, it’s magnified in the World Series when you’re not clicking on all cylinders,” Verlander said.

Game 3 of the World Series will pit two trusty veteran starting pitchers against one another.

36-year-old Zack Greinke will try to reverse the momentum for the Astros in Game 3 Friday night in Washington. The six-time All-Star and 2009 Cy Young winner went 18-5 this year with a 2.93 ERA. He was acquired from Arizona just before the July 31 deadline.

The Nationals send Anibal Sanchez to the mound. The 35-year-old went 11-8 on the year with a 3.85 ERA. Sanchez took a no-hitter into the eighth against St. Louis in the Game 1 of the NLCS.

Prior to Game 1, the shortest odds on the exact outcome of the World Series was Houston winning in six (+290). For that to happen, the Astros will need to run off four in a row, which is why the line has lengthened considerably to +900.

The SugarHouse Casino in Philadelphia has the shortest odds on the Washington Nationals sweeping the World Series (+275). Before Game 1, that line was a staggering +2300. Those who took those odds before the World Series got underway will net $2,300 for every $100 wagered.

The Nats winning in five trails closely (+285). The Astros bouncing back to win in seven is next at +375.