Former Manchester United and DC United soccer star Wayne Rooney has admitted that an out-of-control gambling habit early on in his career negatively impacted his performances for club and country. 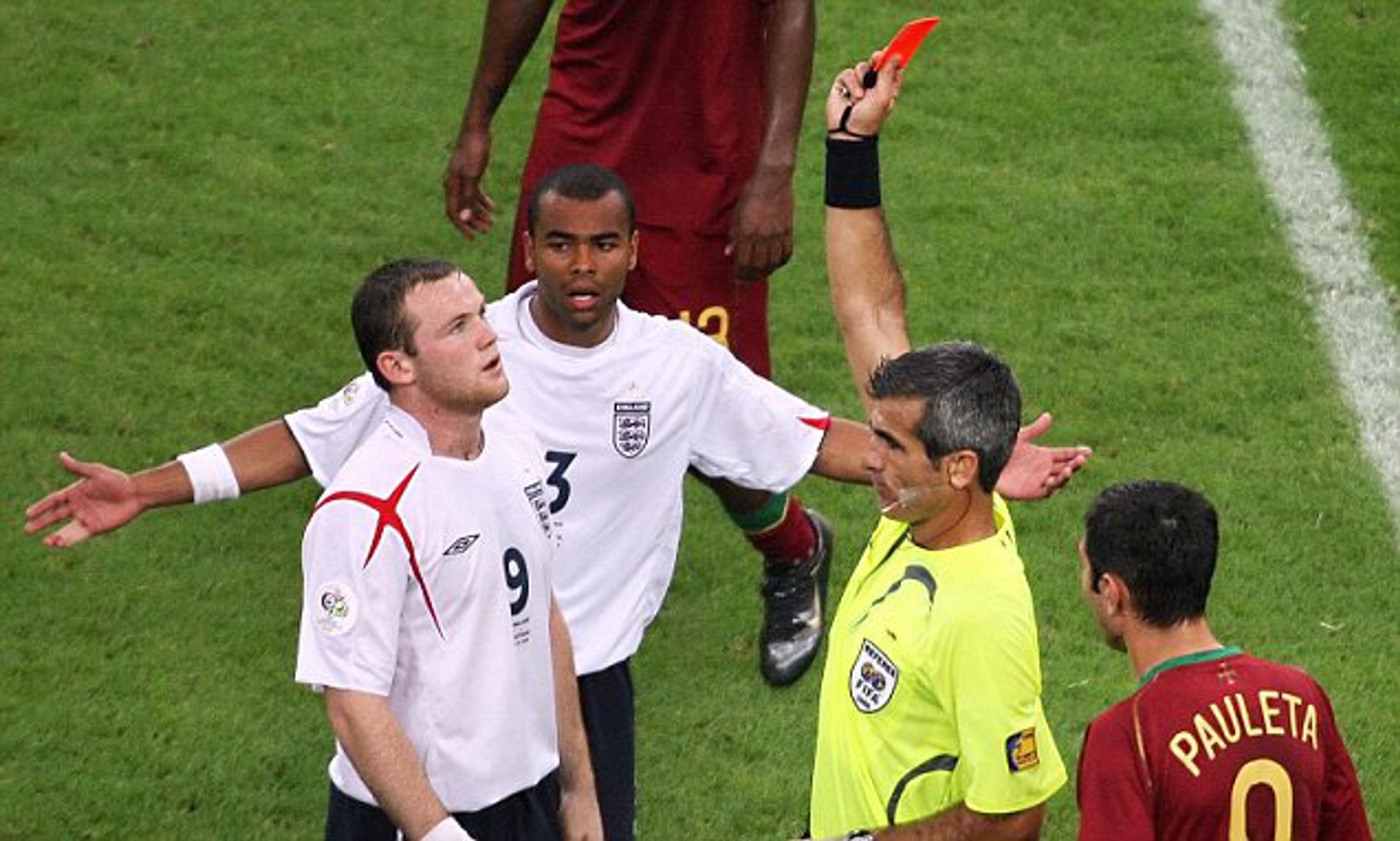 Wayne Rooney sees red for England against Portugal at the 2006 World Cup. His self-destructive streak early in his career appears to have translated into his gambling habits. (Image: Daily Mail)

England’s all-time top goal scorer made the disclosure in an interview for 32Red’s Stay In Control gambling awareness campaign, adding that his newfound wealth, combined with boredom and naivety, created a toxic mix that fueled his addiction.

“For an away game with Manchester United, you stay in a hotel – and with England, you’re in a hotel for seven to ten days,” he said. “You get bored and do things to fill the time. At that time gambling was one of them.”

It was easy to place bets by phone,” he continued. “It didn’t feel like real money. It wasn’t like I had to go into a bookies and put bets where there are limits. Before you know it, you’ve lost a good bit and you don’t realize the amount you’re putting on.”

Widely considered among the best players of his generation – one that included Cristiano Ronaldo and Lionel Messi – Rooney signed for Manchester United in 2004 on a salary of £250,000 ($326,000) a week when he was just 18-years-old.

Despite his talent, Rooney had an on-field reckless, self-destructive streak early in his career, which apparently translated into his gambling habits. He talks about chasing his losses and becoming “sucked into a bad situation.”

The 34-year-old describes losing £700,000 ($915,000) in just five months on mobile betting apps and blowing through £65,000 ($85,000) in just two hours at a casino. But reports of his gambling excesses that have dogged him throughout his career have pointed to even more extravagant sprees.

Considering his past troubles, Rooney’s move from DC to Derby County in England’s second tier over the summer was laced with controversy. Not only is he wearing the 32Red logo on the front of his jersey, but also the number 32 on his back — despite other numbers being available.

In August, Derby County owner Mel Morris described the arrangement as good business — a creative way of maximizing sponsorship dollars for a modest team, while enabling it to a pay a fat-cat salary to a star player, albeit it one in the autumn of his career.

But others complained that at a time when the UK gambling industry has pledged to curb advertising around soccer, 32Red had gone a step further, inserting itself deeper into the fabric of a team, into its management and its finances.