The famed “What Happens Here, Stays Here” (WHHSH) Las Vegas motto could be on the way out, as city tourism officials are teasing something new that will be unveiled on January 26. 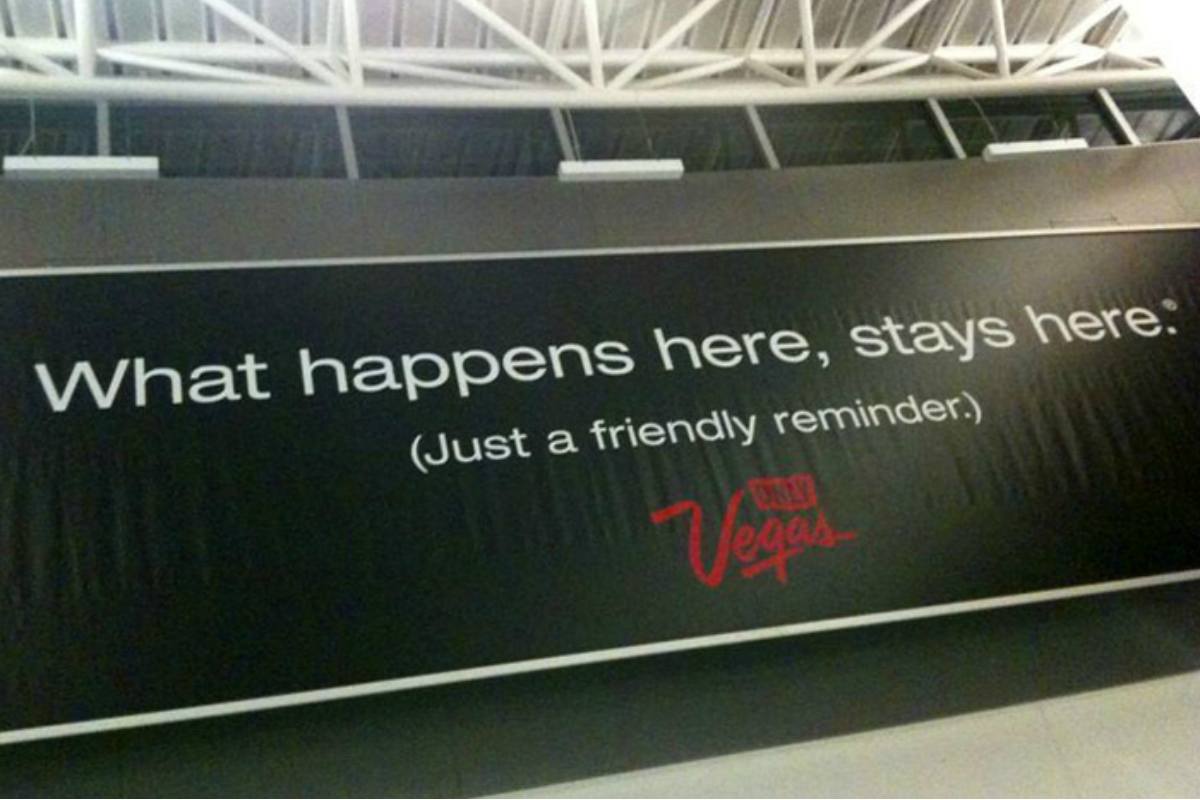 “What Happens Here, Stays Here” could soon be shelved for good in Las Vegas. (Image: LVCVA)

The Las Vegas Convention and Visitors Authority (LVCVA) is tasked with marketing and promoting the region, and has long hired R&R Partners to develop its strategies. R&R created the iconic “What Happens Here” tagline that launched in 2003.

The legendary slogan, however, has been criticized over the years for seemingly giving visitors an excuse to be on their worst behavior. Las Vegas’s #MeToo incident stemming from Steve Wynn’s alleged sexual misconduct cast further doubt as to whether the Strip should be marketing its appeal as such.

Now, it appears the LVCVA and R&R are ready for a new spin on the WHHSH saying. Numerous celebrities and R&R officials have teased that something is coming on January 26.

Perhaps the 71-year-old rocker simply messed up the WHHSH dialogue. But that seems unlikely after the band posted on its Instagram, “You know we only do ‘Amazing’ things. Which is why we’ve teamed up with #Vegas to create the next big thing for the city. Find out more January 26th 2020!”

Shania Twain posted a promotional clip on Instagram from Fremont Street with the caption, “@vegas is full of secrets… I just learned about another one. Stay tuned 1/26/20.”

And Lady Gaga’s bandleader, Brian Leader, shared a video with him saying, “What happens here? You’ll just have to wait until January 26th to find out, babies.”

Gaga is also doing a residency at the Park Theater, while Twain is at Planet Hollywood’s Zappos Theater.

The LVCVA and R&R are largely staying quiet and using the celebs to hype the release, though the latter did say, “What happens here, still stays here. The rest you’ll have to wait to find out on January 26.”

“What happens here, only happens here” isn’t even a good tweet,” @LasVegasLocally tweeted.

Another user said the LVCVA would be smart to hire some millennials to develop a new tagline. @VitalVegas countered humorously, “Or they could read our tweets for some ideas.”

The authority added that $1.65 million went to salaries and wages for its Brand Strategy, the department that works with “both the advertising agency and internal marketing departments to create and implement strategic, holistic, integrated, and effective marketing programs.”