A backyard Thanksgiving football game is a cherished pastime for many Americans on Turkey Day, and this year one bookmaker is showing families how they can set odds to up the ante of the outcome. 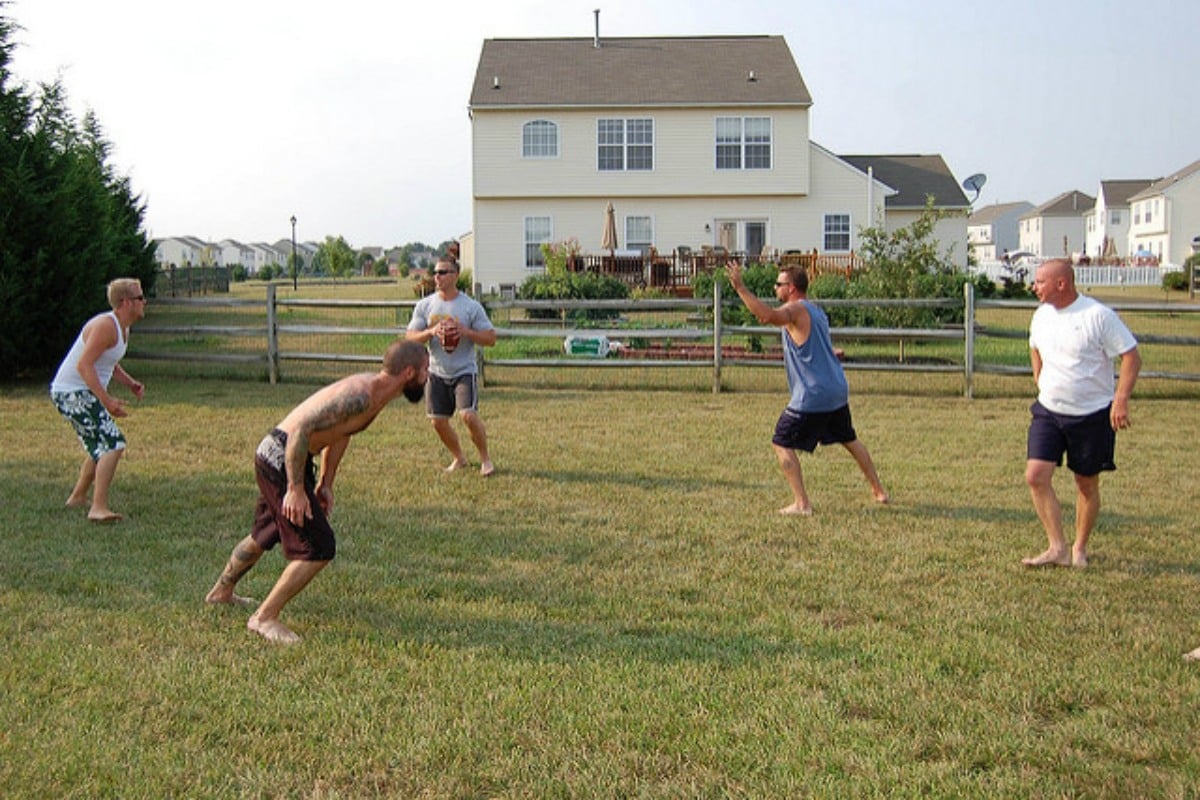 This Thanksgiving, William Hill is offering families a way to bet on their backyard football game. (Image: Football Times)

Family bragging rights are worth a lot. But for some, there’s nothing better than winning cold, hard cash – especially if it comes from Uncle Dave or Cousin Joe.

The first step in setting your backyard football bowl odds is to determine if there are any current or former collegiate football players on the field (backyard). A team that has a player with college ball experience spots one that doesn’t 3.5 points.

A team that has a player who is either drunk or hung over is afforded two points. A team of Sober Sallys gives two points.

Teams with a cigarette smoker or those considered “extremely” out of shape are given another point. A player standing six feet or taller is required to give a point to the opposing team. An injured player is given 1.5 points.

Of course, much of this is in jest. But that isn’t stopping some from putting it to use.

“The winning team gets a trophy that they take home and keep until the next year’s game,” Moton explained. “Far as being hung over, yeah, we get some of that from Thanksgiving Eve. Injuries, surgeries, we got that, too.”

William Hill’s Turkey Day betting tutorial is being shared around the internet, which the sportsbook will presumably embrace. What it didn’t enjoy, however, is when competitor FanDuel took a page out of its playbook in New Jersey in the fall of 2018.

William Hill sued FanDuel for plagiarizing its “How to Bet Guide.” The two sportsbooks settled the case out of court, and William Hill later announced it was making a $50,000 donation to Rutgers’ Master of Fine Arts in Creative Writing program.

“It is important for students to feel comfortable creating their own work and embrace their unique thoughts and skills as they develop professionally and personally,” William Hill US President of Retail Operations David Grolman said.