The Mullahkhel sisters, a quartet of Utah women accused of storming a penthouse at the Cosmopolitan on the Strip last year to attack one of their former spouses, will not face felony charges. That’s following a Friday ruling by Las Vegas Justice of the Peace Melissa De La Garza. 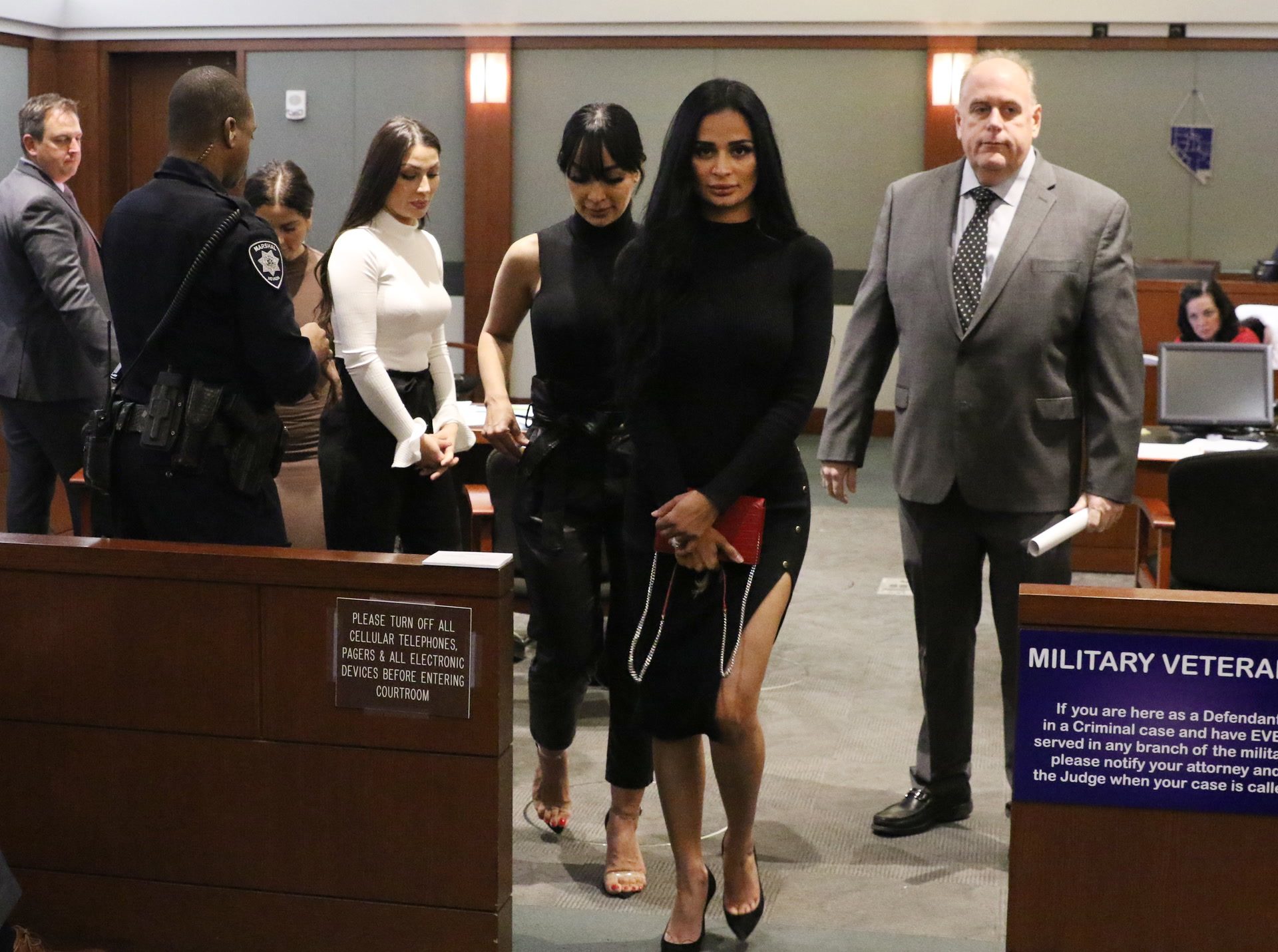 Al-Baderi and Lopez were staying at the Cosmopolitan in March when the Mullahkhel sisters allegedly gained access to the penthouse.

The four women proceeded to punch and scratch Al-Baderi before moving on to a vicious confrontation with Lopez, according to a police report. The Mullahkhels were charged with battery, burglary, and conspiracy.

They then attacked his girlfriend Lopez by hitting her with closed fists and hit her with their shoes,” according to a police document cited by the Las Vegas Review-Journal.

The women were able to gain access to the penthouse because a Cosmopolitan employee supposedly engaged with Tajila Mullahkhel, directing to her to Al-Baderi’s accommodations on the 75th floor, a part of the venue he typically didn’t stay at.

Nagras Mullahkhel, the eldest of the sisters, owns the Spoiled Boutique clothing store in Salt Lake City. Its motto is “When You Walk Into A Room Full Of People Your Outfit Speaks Before You Do…”

Tajila Mullahkhel, the jilted spouse in this case, has a degree in chemical engineering from the University of Utah and was employed in a related capacity at a Utah medical company through 2016, the last listed position on her LinkedIn Profile.

Corporate documents indicate she may currently be involved with a business known as House of Vapes in Draper, Utah.

With charges against them scrapped, the Mullahkhel sisters averted potentially lengthy prison sentences and fines. A felony battery conviction alone in Nevada can bring jail time of six months to two years and fines of $1,000 to $10,000, assuming bodily harm to the victim is not deemed severe.

In the Silver State, burglary is classified as a Class B felony and, at the high end, can lead to convictions of 10 years in prison and fines up to $10,000.

Nevada statute defines a conspiracy as “an agreement between two or more persons for an unlawful purpose.” Conspiracy charges can be difficult to defend in the state, because prosecutors merely have to prove suspects agreed to commit a crime, not that wrongdoing actually took place.

The Cosmopolitan is owned by private equity firm Blackstone, but it is believed that company is looking to sell the gaming venue.