World Series of Poker (WSOP) organizers are gifting players with a few key dates for their 2020 calendars, most notably getting cards in the air for the $10,000 Main Event on Wednesday, July 1. 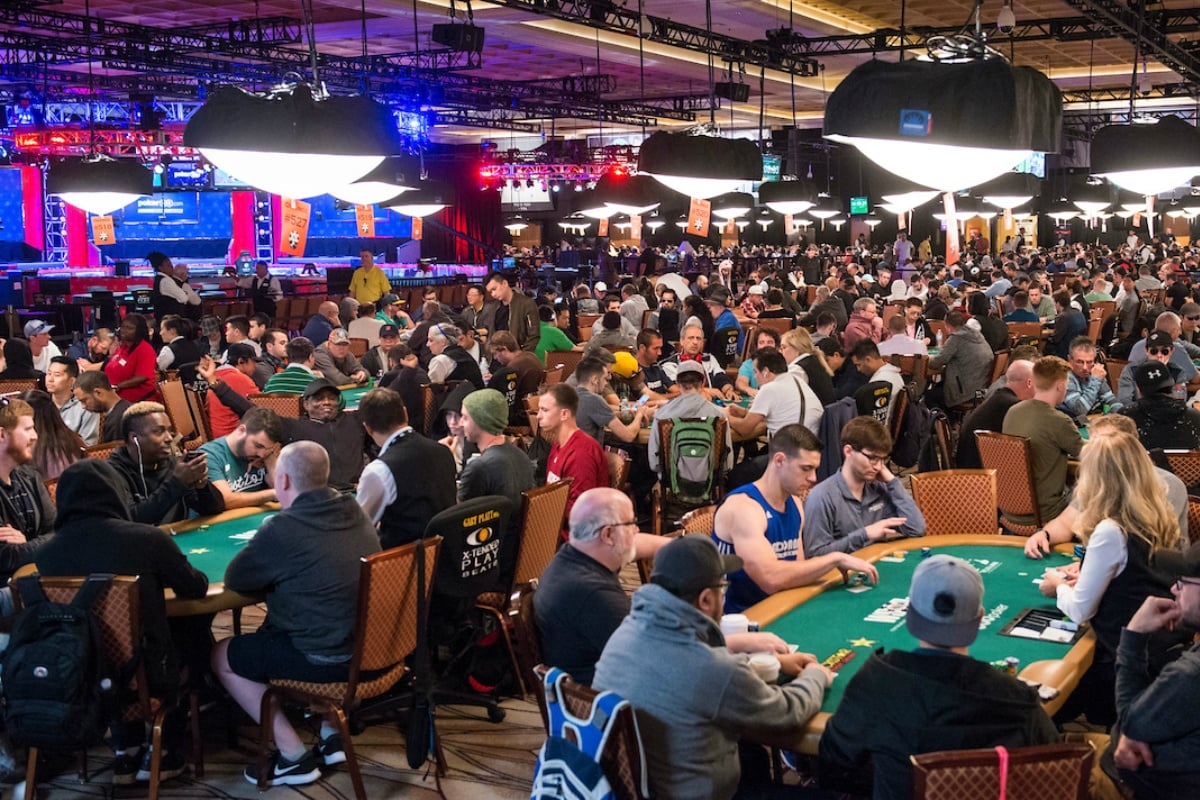 The most prestigious poker tournament on the planet, the 2020 WSOP series opens its doors on May 26 at the Rio All-Suite Hotel & Casino, just west of the Las Vegas Strip behind Caesars Palace. The series runs 51 days through July 15.

“Summer can’t come fast enough, and we look forward to welcoming poker players from all over the globe back to the Rio in Las Vegas to award gold bracelets and hundreds of millions of dollars,” said WSOP Executive Director Ty Stewart.

The 2019 Main Event garnered 8,569 unique entries in the freezeout format, the event’s second-largest field in history. Along with the Main Event, the WSOP confirmed the $500 Big 50 will kick off the tournament on May 27. The third WSOP event confirmed this week is the $1,000 Seniors No-Limit Hold’em Championship, which will begin June 18.

The remaining events are still awaiting regulatory approval. The full schedule is expected in the first quarter of 2020.

Poker players have been voicing their frustrations with the Rio casino for years. Caesars Entertainment, which is in the process of being acquired by Eldorado Resorts for $17.3 billion, formally sold the off-Strip resort last week for $516.3 million.

There was some hope among WSOP regulars that as a result of the property sale, Caesars might relocate the tournament. But with the casino operator staying on to run the Rio for at least the next two years through a $45 million annual leaseback, Caesars says the WSOP is staying put.

The Rio is our home for now and continues to be a very good situation for us,” Caesars Interactive VP of Communications Seth Palansky said. “With new ownership now in place at the Rio and the expected change in ownership with Eldorado, we will have to understand the goals and vision of these stakeholders and its impact on the venue for future WSOPs.”

During the 2019 WSOP, complaints weren’t only in regards to the Rio’s desperate need of a refresh or full-out renovation. Crime was also reported, with poker pro Joe Sal alleging that he was robbed at gunpoint in the resort’s garage.

Another player said he, too, was robbed in the parking structure. The man filed a police report, but was told by law enforcement there was little they could do.

Interested in attending the World Series of Poker next year? Caesars is offering discounted rooms at the Rio by using code “WSOP20.” Rates are as low as $33.

For two nights during the start of the Main Event, a king room at the Rio is currently $58 per night. However, with taxes and the $35 daily resort fee, the nightly cost comes to $105.