While organizers have postponed or canceled sporting events worldwide, the pro wrestling industry has continued to provide its own brand of sports entertainment. Those efforts will come to a head this weekend, as WWE holds WrestleMania, the biggest wrestling event of the year for fans and bettors alike. 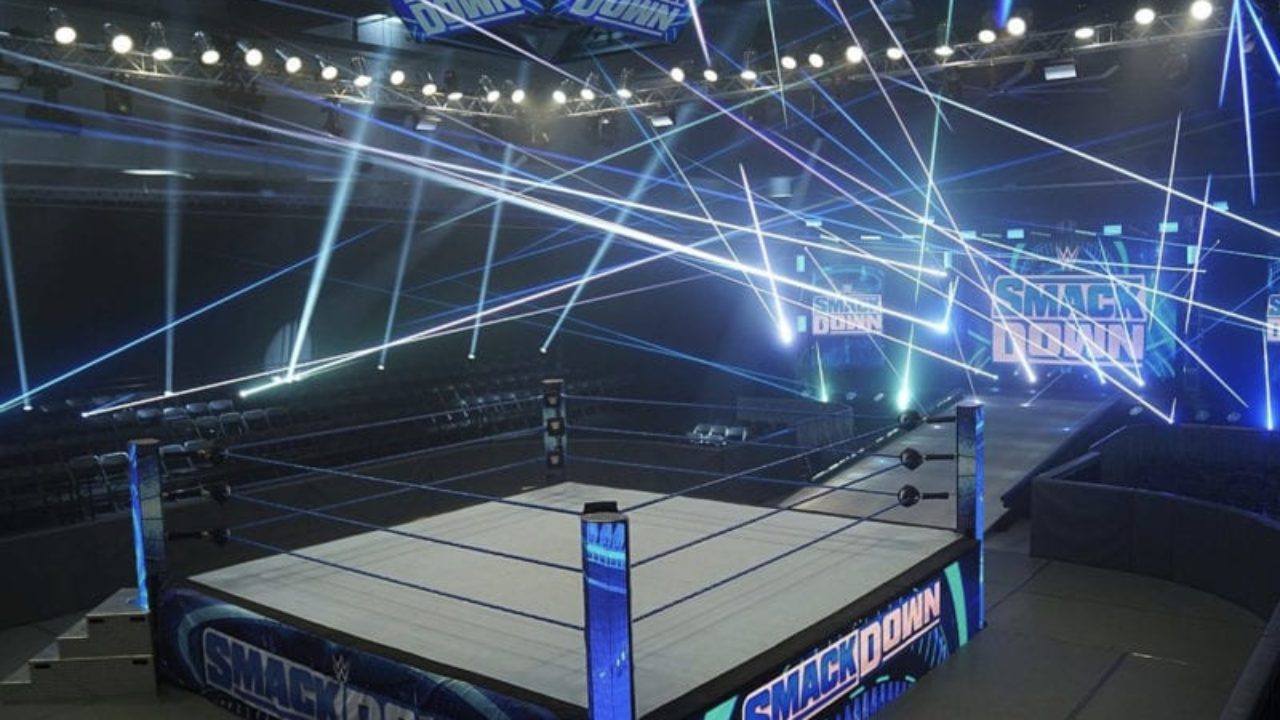 WWE will put on WrestleMania 36 from its Performance Center, with no fans in attendance. (image: WWE)

For the first time ever, WrestleMania will span two nights, with matches being aired on April 4 and April 5.

Fans can watch the show on pay-per-view, or on the WWE Network streaming service. But what they’ll see will look nothing like any other major show the promotion has ever put on.

In a concession to the current coronavirus pandemic, WrestleMania 36 was filmed in the WWE’s Performance Center without fans in attendance. Most – if not all – of the scheduled matches are already in the can, with WWE rumored to have filmed multiple endings to at least some contests in order to prevent spoilers from leaking.

While it’s an unusual setup, to say the least, WWE executives say they feel as though they can put on a show that will lift the spirits of those practicing social distancing and staying at home during the pandemic.

We believe that in this time, especially right now with all this uncertainty…that there is a need for escapism and for people to be able to get away from all this and put it behind them,” WWE executive (and semi-active wrestler) Paul “Triple H” Levesque told CNN. “It’s our company mission to put smiles on people’s faces, and we are continuing to try to do that.”

Even if you’re not a wrestling fan, you might recognize the show’s host: former New England Patriots tight end Rob Gronkowski, who recently signed a contract with the WWE. Gronkowski has made one television appearance for the company so far, and while he’s still learning the ropes, he should bring a little crossover appeal to the festivities.

On the other hand, those who do know their way around the squared circle will realize some names are missing. The most notable is Roman Reigns, the expected challenger to Goldberg for the Universal Championship. Reigns – a leukemia survivor – pulled out of WrestleMania because of health concerns, as he is at higher risk of complications from COVID-19. But others, like The Miz and Rey Mysterio, have also chosen to sit out the show.

Matches May Be Predetermined, But Winners Are Anybody’s Guess

Braun Strowman replaced Reigns in the Universal Championship fight, and the late switch means that even those online sportsbooks offering odds on WrestleMania aren’t taking bets on what promises to be the main event. There are still plenty of current and former stars on the card, though, and there are plenty of intriguing matchups for gamblers to wager on – including a few that feel like they could legitimately go either way.

For instance, there’s the Intercontinental Championship, which pits the legendary Daniel Bryan against Sam Zayn. BetOnline.ag sees Zayn as the -200 favorite over Bryan (+150). Charlotte Flair (+150) comes in as an underdog against Rhea Ripley (-200) in the NXT Women’s Championship match. The Undertaker (-400) has the opportunity to grab yet another WrestleMania victory, this time over AJ Styles (+250). And Drew McIntyre (-250) seems poised to take the WWE Championship from Brock Lesnar (+170).

Sportsbooks generally put low limits on wrestling betting: after all, they’re taking action on predetermined events, making them vulnerable to those who have insider knowledge. But putting a small wager on an over-the-top athletic spectacle can be fun – and that’s exactly what Levesque hopes people will take away from this weekend.

“Everything that everyone has gone through to put this on will all be worth it if people are just entertained and can forget about the world around them for a few hours,” Levesque told CNN.