In its debut weekend, the XFL garnered solid television ratings, and the new league generated interest in another venue: sportsbooks across the country. 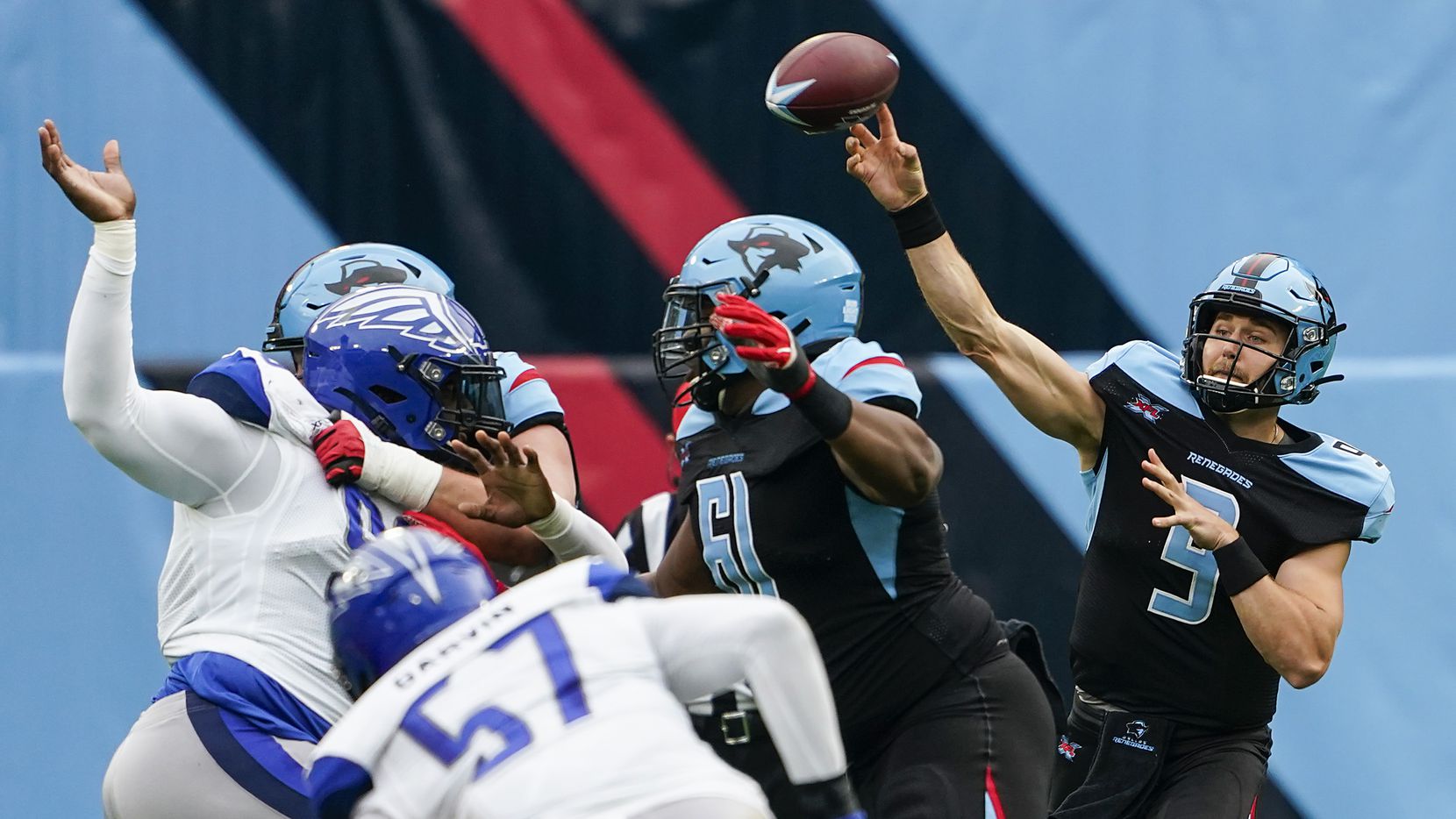 The XFL enjoyed a strong debut on TV and at the betting counter. (Image: Dallas Morning News)

It wasn’t an NFL weekend and it didn’t need to be. But the latest version of the XFL posted 20 times the handle with its first slate of games than the now defunct Alliance of American Football (AAF) did during its opening weekend last year.

Four XFL games were played over the weekend – two apiece on Saturday and Sunday. Importantly for sportsbook operators looking to cobble together football revenue with the NFL season over, the XFL handle and bet tally jumped from Saturday to Sunday.

On Saturday, the DC Defenders topped the Seattle Dragons 31-19, and the Houston Roughnecks trounced the Los Angeles Wildcats 37-17. On Sunday, the New York Guardians beat the Tampa Bay Vipers 23-3, while the St. Louis BattleHawks escaped with a 15-9 victory over the Dallas Renegades.

College football has been over for about a month, and the NFL season concluded with the Super Bowl on Feb. 2, potentially setting the stage for the XFL to capture some attention from football-starved bettors and TV viewers.

On both fronts, Week One was a success. Data released Monday by Walt Disney’s ABC unit indicates the Defenders/Dragons game averaged 3.3 million viewers and had 4 million at the top end. That’s a far cry from the NFL average of 16.5 million viewers per game, but it’s still a solid start for the XLF. The league’s broadcast partners are ABC/ESPN and Fox.

As is the case with other leagues, betting can serve as a platform for boosting XFL viewership, because various studies confirm that – regardless of sport – gamblers are more likely to watch a game on TV when they’ve got action on it than a fan that isn’t invested in the outcome.

Embracing Betting in a Big Way

The XFL isn’t running away from sports betting, and it’s not wading lightly into the issue. Rather, the new league is cozying up to sports wagering in obvious fashion.

Broadcasts include on-screen updates on a game’s spread and over/under, but the league’s ties with betting don’t end there. Before the season started, the XFL announced DraftKings as its official daily fantasy sports (DFS) and sportsbook provider, and last week, a mobile betting pact with Fox Bet was revealed.

Of the eight XLF teams, none play in states where sports betting is currently legal. But that could change before the end of the season for the DC Defenders.

In Week One, the New York Guardians/Tampa Bay Vipers was the most wagered-on contest, presumably due in large part to New York’s proximity to New Jersey, one of the largest sports betting markets in the US.