The 2019 Presidents Cup tees off within hours in Victoria, Australia, and captain Tiger Woods’s US Team is the heavy odds-on favorite against captain Ernie Els’s International squad. 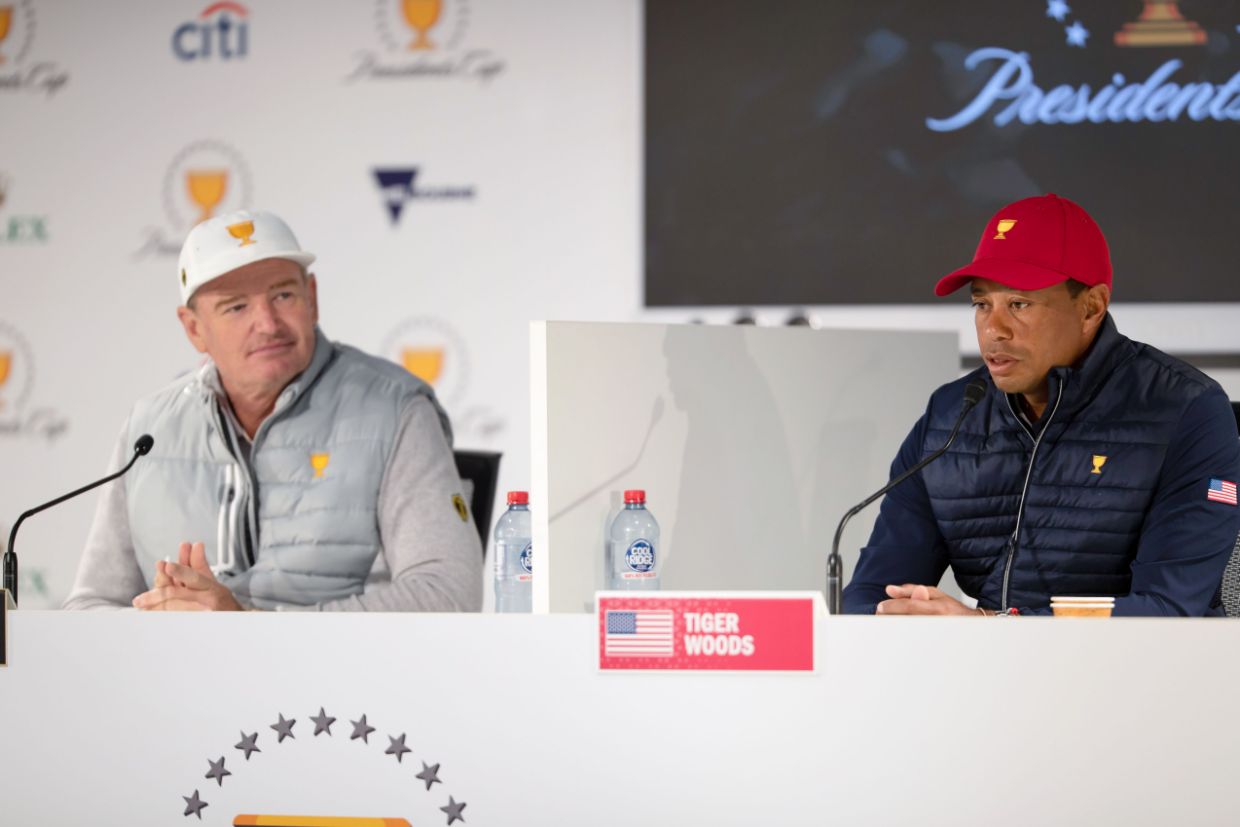 Ernie Els (left) and Tiger Woods are hoping to lead their teams to a Presidents Cup victory this weekend in Australia. (Image: Daniel Pockett/Getty)

FanDuel has the outright line at USA -240, Internationals +280. A $100 bet on those odds respectively nets $41.67 and $280. The odds of Woods’s team winning the Presidents Cup for the eighth consecutive year hasn’t changed over the last month: they’re convincingly the better team, at least on paper.

He’s not a bad golfer,” Els jokingly said of his rival captain Woods, who is tied for the most PGA Tour wins in history with Sam Snead at 82.

Els continued, “It was a privilege to compete against him. I know I could have had a couple more events under my belt, but still very proud to have played against Tiger, and after all these years to be friends with him is another privilege.”

Woods thanked Els for his early guidance, saying, “This big, giant of a man” approached him at the 1994 Johnnie Walker Classic. “I was trying to figure out what the hell am I going to do with maybe playing professional golf down the road. We talked a little bit, and he took a liking to me.”

The 2019 Presidents Cup officially gets underway at 9:32 am local time with the fourball pairing of Joaquin Niemann and Marc Leishman vs. Woods and Justin Thomas.

Thursday consists of five fourball matches – a format where teams of two use their best outcome on each hole against the best ball of two of their opponents. Each match is worth one point.

Leishman and Niemann are +190 underdogs against Woods and Thomas at -130.

Sungjae Im and Adam Hadwin are +190 vs. Xander Schauffele and Patrick Cantlay -130.

Byeong Hun An and Adam Scott are slightly shorter underdogs +120 against Bryson DeChambeau and Tony Finau +110.

Louis Oosthuizen and Abraham Ancer are +130 against Dustin Johnson and Gary Woodland +105.

The Internationals are severely outclassed against the Americans.

The Internationals have eight players ranked 30th or higher, including No. 65 Li Haotong from China. The team also has seven rookies, the US only four.

Scott is playing in his native country, and the team leader is urging fans not to celebrate the American superstars.

“I’ll be disappointed if they are cheering enthusiastically for Tiger or anyone on the US team,” Scott said last week to the Herald Sun. “We want the home crowd advantage.”