New details on Resorts World Las Vegas were released this week by developer Genting Group, the most significant being that the $4.3 billion integrated casino resort is reining in its Asian theme. 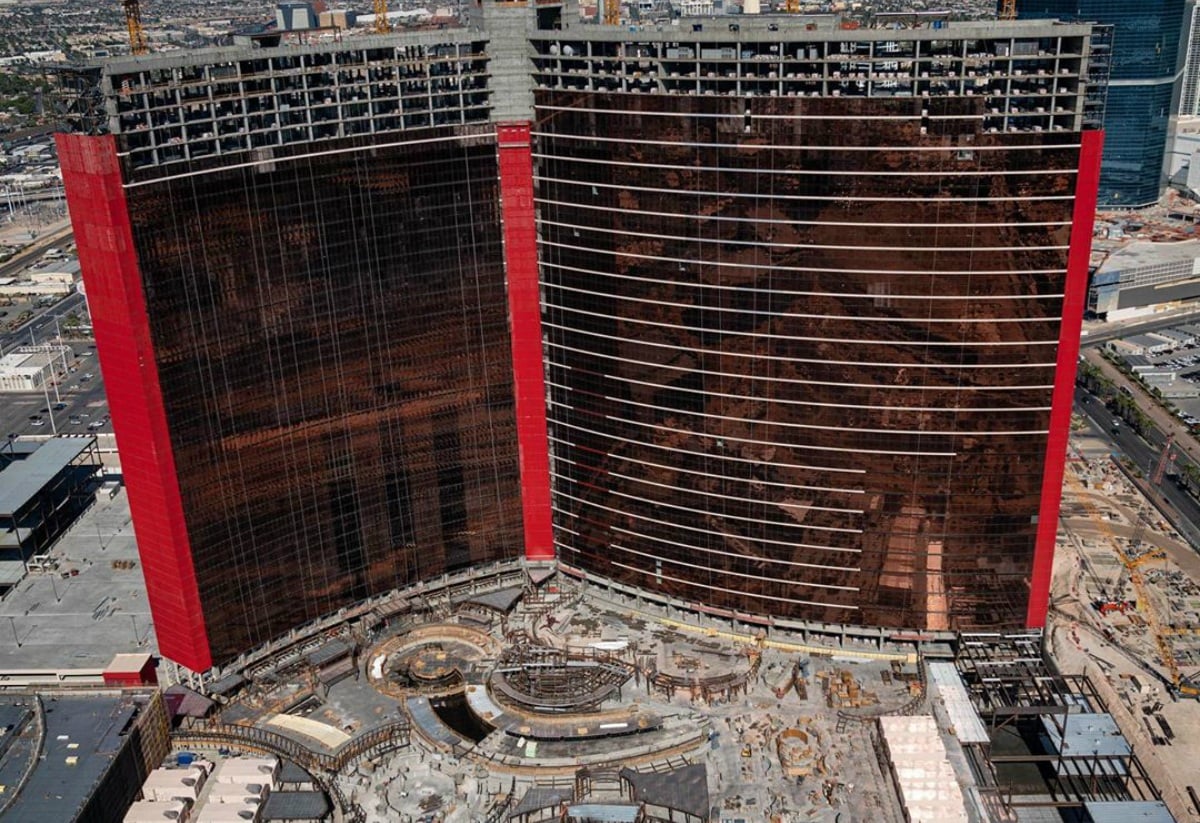 The Strip project, which was first envisioned by Genting in March 2013, was originally conceived with a Forbidden City influence featuring Chinese palatial architecture. It was to be the first Asian-focused property on the Las Vegas Strip.

Following the failed Lucky Dragon, Resorts World developers are toning down the Asian flare in an effort to make sure the property still appeals to a wide enough demographic for the multibillion-dollar investment to make a return.

In a project update, Genting says Resorts World will have only “Asian-inspired touches.”

The 88-acre site of Resorts World is just to the north across the Strip from Encore.

The property sits between Phil Ruffin’s Treasure Island and Trump International, the latter of which Ruffin owns 50 percent, The Trump Organization the other half. Ruffin will soon own Resorts World’s neighbor to the north, Circus Circus, when his $825 million purchase from MGM Resorts is completed.

The Las Vegas Strip hasn’t opened a new casino resort since The Cosmopolitan debuted in December of 2010.

At $4.3 billion, Resorts World will become the most expensive Strip development, Cosmopolitan currently holding that title at $4.18 billion. Blackstone Group, owners of The Cosmopolitan, recently agreed to buy the Bellagio from MGM for $4.25 billion.

The complex will come with 350,000 square feet of meeting and convention space, seven unique pools, and 75,000-square-foot day and nightclub.

Resorts World will “wow” Strip pedestrians with a 50-foot diameter video globe displaying more than six thousand square feet of LED content. Additionally, the West Tower will be equipped with a 100,000-square-foot LED screen – one of the world’s largest – and the East Tower with a 19,000-square-foot display.

Sibella likes the location, and believes the northern end of the Strip is ready for a resurgence. He’s optimistic regarding the future of Circus Circus in Ruffin’s hands, and The Drew is scheduled to open just north across the street in 2022.

Genting hinted last month that Resorts World would open in late 2020. But for a project that dates back to 2007 when Boyd Gaming demolished the Stardust, what’s a few more months?

Genting says the integrated resort is now expected to open in the summer of 2021.