Las Vegas Sands (NYSE:LVS) Chairman and CEO Sheldon Adelson is usually one of the largest donors to Republican candidates, and with 2020 being a presidential election, the GOP is likely banking on continued generosity from the casino mogul. But the leader of the largest US gaming company could rein in his political spending due to the effects of the new coronavirus on his firm’s Macau business. 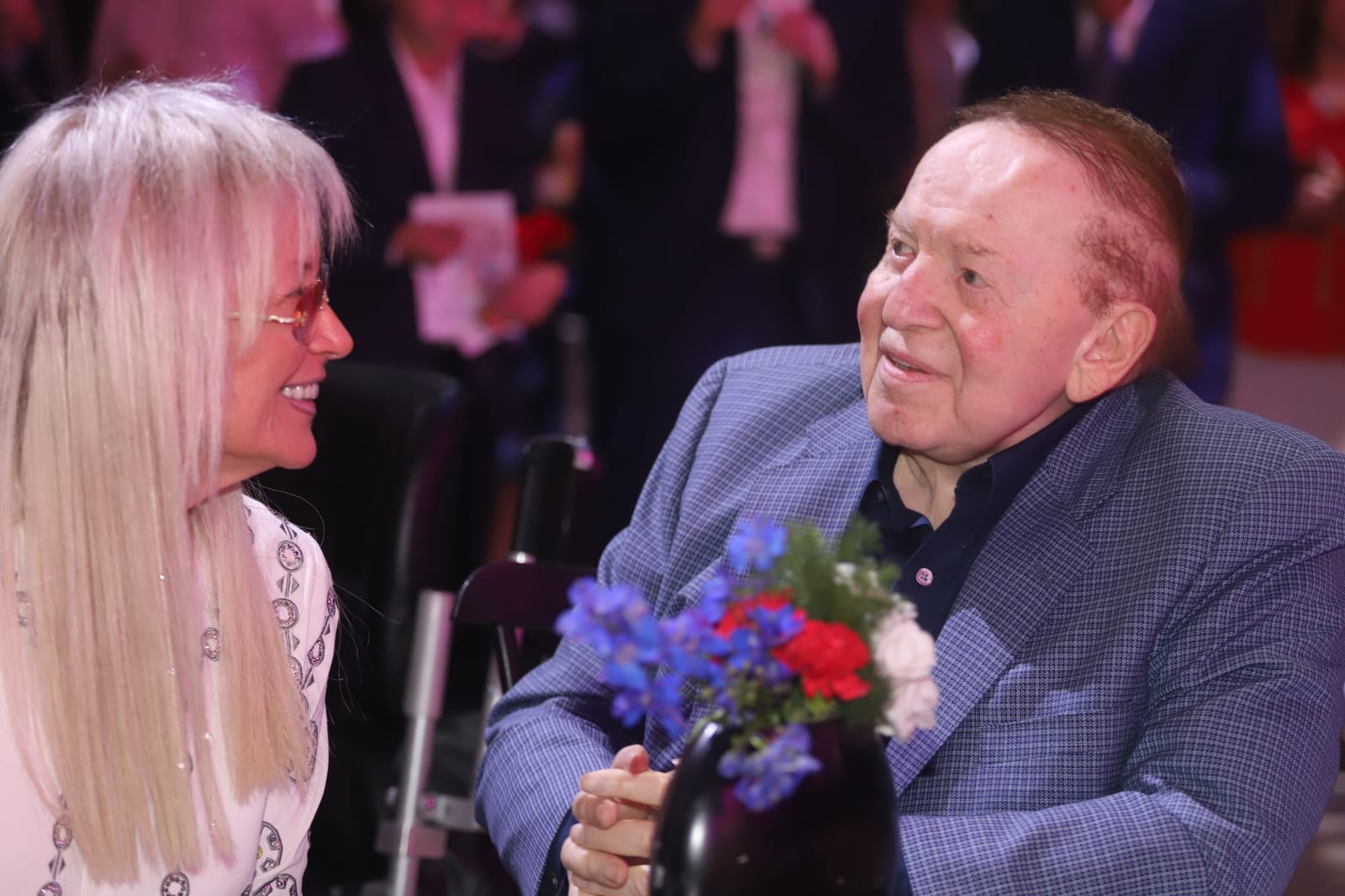 GOP megadonors Sheldon and Miriam Adelson could curb contributions due to the coronavirus scare. (Image: The Jewish Press)

Government reaction to the fluid coronavirus in Macau has gone from bad to worse for gaming companies, including LVS. Late last month, authorities there moved to postpone Chinese Lunar New Year festivities, but that morphed into a decision announced earlier this week to close the peninsula’s casinos for 15 days.

Some market observers believe declining first-quarter profits at the hands of the “Wuhan virus” could prompt Adelson to rethink his political spending this year.

The current situation means there may be points in which he says, ‘I can only give $100 million this time instead of $200 million,’” said UNLV political history professor Michael Green in an interview with Haaretz. “In a tight race, that can make a difference to the Republicans.”

As of today, Adelson has a net worth of $40 billion, placing him at number 17 on the Forbes list of billionaires.

The LVS boss and his wife, Miriam, were the largest contributors to Republican candidates in both the 2016 and 2018 election cycles. During the 2018 midterm elections, the Adelsons donated $100 million to GOP incumbents and challengers in House and Senate races across the country.

In the 2016 presidential cycle, the couple contributed $82.58 million to Republicans, including President Trump. Those are significant numbers, and while some on the left frequently decry the use of big money in American political campaigns, the Adelsons were outspent by Tom Steyer in 2016 and by Michael Bloomberg in 2018. Bloomberg and Steyer, both billionaires, are seeking this year’s Democratic presidential nomination.

The Adelsons, Sheldon in particular, weren’t pleased with the results of 2018 midterms that saw the GOP bleed House seats across the country. That prompted some speculation that the couple could withhold 2020 contributions until they became convinced the party was making better use of their generosity.

The couple have the ear of Trump. Miriam is a past recipient of the Presidential Medal of Freedom, the highest US civilian honor, and she lauded his decision to move the US embassy in Israel to the city of Jerusalem. Last year, Sheldon was in direct contact with the president during the darkest days of the US/China trade war, telling Trump that pursuit of tariffs against the world’s second-largest economy could harm his reelection bid.

Neither Adelson has publicly commented on whether the situation in Macau will affect their political giving this year. What is known, however, is that gross gaming revenue (GGR) on the peninsula slumped 11.3 percent last month, and some analysts are forecasting a staggering 75 percent drop in February.

Sands executives haven’t put forth a first-quarter forecast as of yet. But it appears likely the company’s numbers for the January through March period this year will be well below the adjusted per share earnings of 91 cents a share on revenue of $3.65 billion it reported for the same period in 2019.