Are Online Sportsbooks Benefiting From the World Cup? 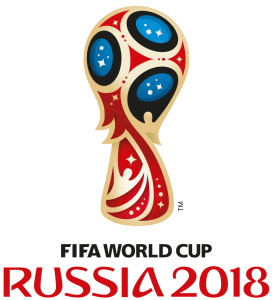 We’ve reached the latter part of group stage in the World Cup. Sadly, some teams already know their fate including Costa Rica, who I have followed ferociously back in 2014 while I was living in one of the most peaceful country in Central America. Seven teams have been eliminated and nine others will join them after the final round of matches. The teams catching the early plane home could include Argentina, 2014’s beaten finalists, which needs a win over Nigeria in their final game to progress. There may well be one or two other big names trying to dodge the cameras when they make an earlier-than-expected appearance in their homeland’s arrivals lounge.

But the World Cup is not just about football. It’s about ads, brands, and personalities, as well. What really matters are which teams and players are doing in the tournament, and how are the sports betting companies are doing? Sponsorship analytics company Hookit has been evaluating Facebook, Twitter, YouTube, and Instagram over the first week of the World Cup and there has been a clear winner of “player of the tournament” honors. With nearly 59m “total interactions and video views,” Portugal’s Cristiano Ronaldo is way out in front.

The Real Madrid star has more than three times the number of interactions of the second-place player, Brazil’s Neymar. Players from Egypt and Iran also feature in the top ten. The only England player to make the list is Marcus Rashford, who sneaks in at number 10.Thanks to Ronaldo, Nike is winning the “most engaging brand” race, despite not being official World Cup sponsors, followed by Coke, Adidas, and Qatar Airways. Most engaging teams? Mexico Spain, France and Portugal with tournament favorite Brazil struggling to keep up in tenth place.

What is fascinating is that online sports betting companies do not feature anywhere on the list. Despite what appears to be continuous advertising, they simply have not registered as brands during this World Cup. The implications of this are worrying for the sports betting corporations. Could that be because its customers, along with the customers of every other sports betting company, are too busy betting to tweet about the company? Or do people not want to talk about their betting on social media?

In which case, they may not be seeing it as the “fun” and “adding to the excitement of the game” that the betting companies like to suggest. You might even contend, especially in the UK, that the propagation of betting ads throughout the World Cup has been counter-productive. In the UK, the BBC -which doesn’t carry ads- has criticized commercial broadcaster ITV for showing too many gambling ads during the games. Well, there’s a surprise! At the moment, gambling ads in the UK are allowed after the 9pm watershed or during live games. The BBC analysis showed that virtually every ad break (62 of the 66 analyzed) contained at least one gambling ad.

Gambling companies have said the right thing, suggesting that they too are worried about the number of ads, but you suspect that the next World Cup will be much the same unless legislation is introduced. In the past few weeks, two of Europe’s big teams have announced partnerships with official betting partners: Manchester City linked up with Marathon Bet and PSG with Unibet. Will we see an official betting partner at the next World Cup? There seems every possibility. Budweiser is one this year’s sponsors and is ranking well ahead of McDonald’s in brand exposure. So Qatar 2022 could well be the first tournament to have an official betting partner. Where beer leads, gambling may well follow.

For now, this afternoon sees the start of the final group games, with some of them effectively being knock-out games. The unofficial betting partners will be eager and praying that the big teams progress in the tournament. Germany vs. Brazil is always going to generate more betting turnover than, with all due respect, Sweden vs. Serbia. We are halfway through the World Cup. How have the online betting companies fared in brand exposure? Are they through to the final stages, or have they already been knocked out? And what does that mean for Qatar 2022?