ALTOONA, Iowa – As state gaming boards continue to approve the merger between Eldorado Resorts and Caesars Entertainment, officials from both companies are working to close the deal that would see Eldorado own 51 percent of the new Caesars-branded organization. 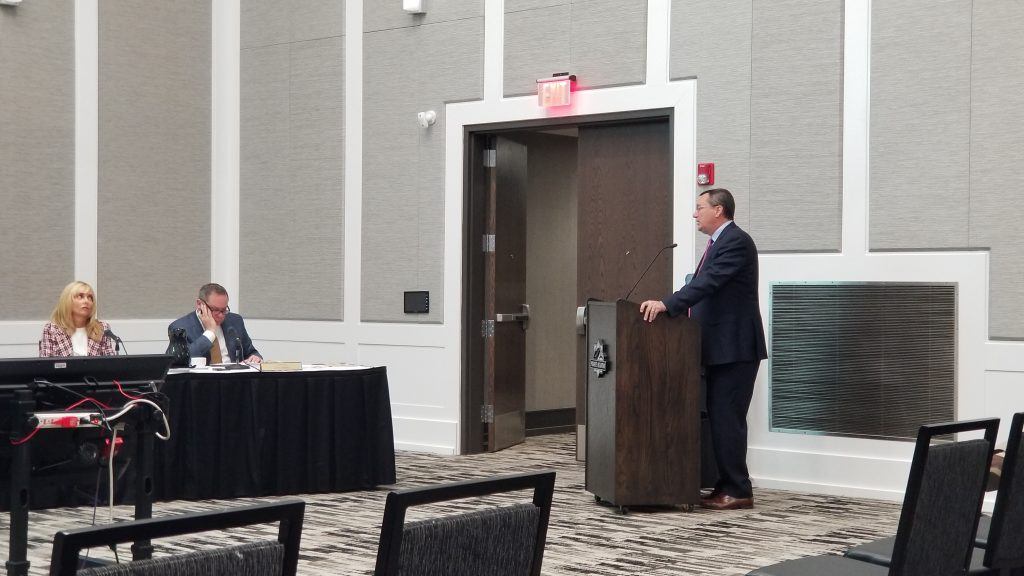 One of the issues still unresolved is who would operate sportsbooks at the new company. A year ago, Eldorado entered into a 25-year partnership with William Hill to have it manage sportsbooks at its properties. And, of course, Caesars has its own branded sportsbook operations.

Eldorado CEO Tom Reeg spoke with Casino.org Tuesday after he gave the Iowa Racing and Gaming Commission an update on the planned merger at its February meeting at Prairie Meadows Casino Racetrack and Hotel.

“We’re working on that as we speak,” Reeg said. “We’ve got to figure that out prior to closing. If we were to just close under the current terms of the agreement, William Hill steps into the Caesars sportsbooks on the same split as we got with them now.”

According to a search of Eldorado casino web sites, William Hill runs sportsbooks at nine of them in Nevada, New Jersey, Indiana, Iowa, and Mississippi. Through last September 2019, Caesars said it ran 29 sportsbooks in the US. Those numbers will continue to change as more states approve sports betting. The companies may also need to sell properties as they gain approval by state and federal regulators.

Reeg told the Commission they hope to close on the deal by the early part of the second quarter. He told Casino.org that both sides would like to have the sportsbook issue resolved by the time they close.

The $17.3 billion deal would create the largest casino company in the US.

What might sportsbook operations look like under the new Eldorado-controlled Caesars? Reeg shared some insights about what needs to happen between the companies involved and where talks may go.

Could we do something that’s more ambitious than just William Hill is running Caesars’ books? We’re examining that, and this is a logical time to try to figure it out.”

This is not the first time one company would control that many licenses in Iowa. IRGC Administrator Brian Ohorilko told Casino.org last week that a few years ago, when there were fewer than 19 licensed casinos in the state, one company also controlled four, so there’s precedent for that level of ownership.

Iowa becomes the latest state to sign-off on the merger, joining Missouri, Louisiana, Pennsylvania, and Illinois. Other states are still required to approve it, as is the US Federal Trade Commission, before the deal can become finalized.