A former Bellagio employee who won a $500,000 judgment against the Las Vegas Strip casino last year over a sign that labelled him “Fat Andy” faked evidence in the trial, a federal judge in Nevada agreed on Monday. 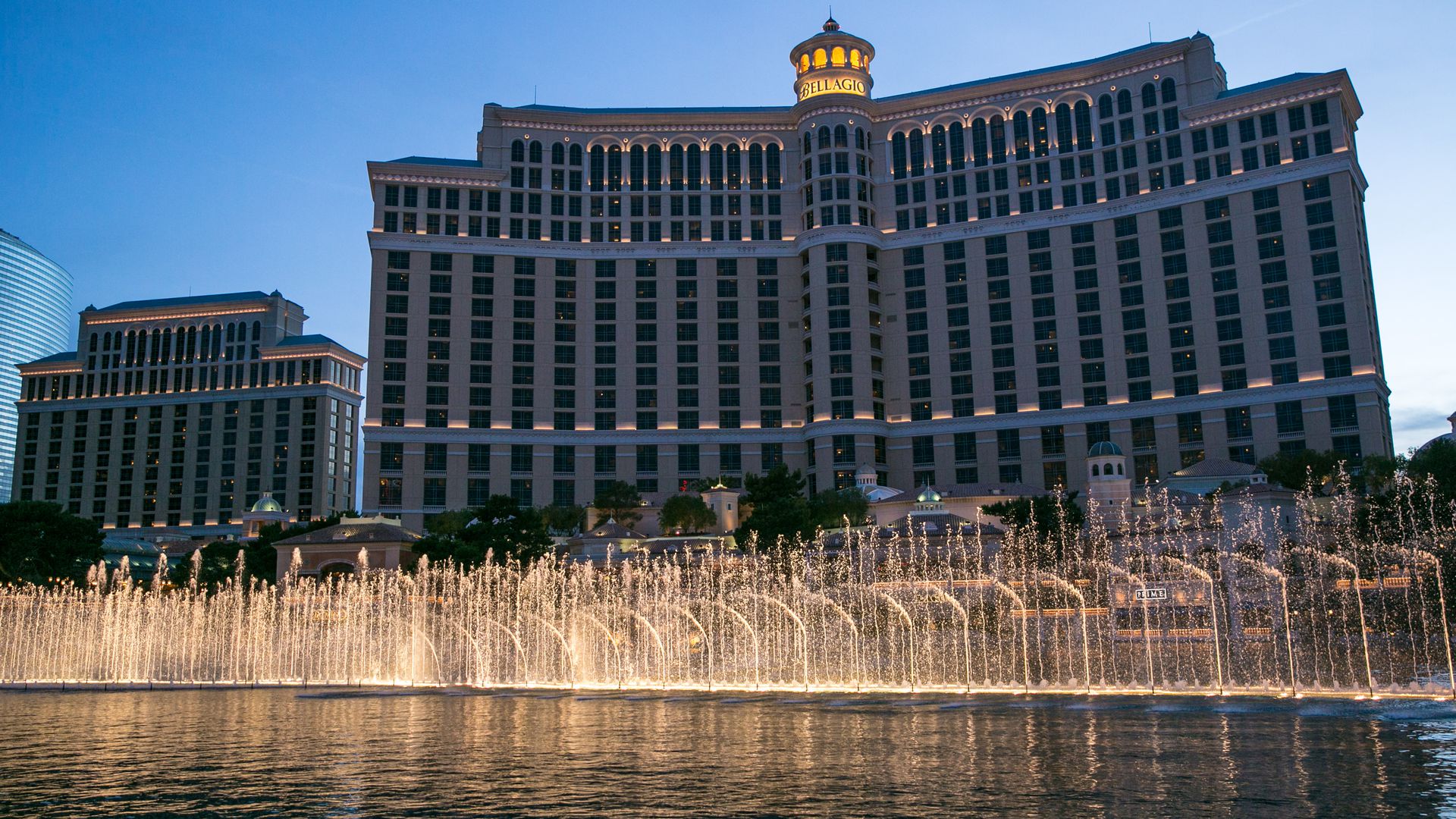 The case against Bellagio was largely based on two photographs submitted as evidence, but all was not at it seemed. (Image: Axois)

Andi Kraja, formerly a food server at a Bellagio restaurant, was awarded the payout by a jury last April after his employer was adjudged to have intentionally inflicted emotional distress by refusing to remove the humiliating sign that had been posted at his serving station.

To add injury to insult, the sign was enclosed in a Plexiglas case — which meant it was impossible for Kraja to remove it himself. According to Kraja, it stayed there for several months, encouraging customers to make fun of his weight.

But in May, lawyers for Bellagio sought to have the judgment vacated because of falsified evidence and called for a retrial. They also claimed Kraja had committed perjury in the original trial.

Kraja had testified under oath that he that he took two photographs of the offending sign, one in June 2014 and one in August 2014. This appeared to corroborate his claim that his fat-shaming ordeal had lasted from June to September that year, despite witnesses for the Bellagio testifying they had not seen the sign in either June or July.

After losing the trial, new lawyers for the Bellagio had the metadata for the two images analyzed and found that the photograph admitted as exhibit 1 had not been taken in June but in August — three minutes before the photograph labelled exhibit 2.

In his ruling Monday, Judge Andrew Gordon noted that Kraja’s counsel had made the photographs the focus of opening and closing arguments, referring to them as “silent witnesses” and even the “most important witness.”

Lawyers for Kraja told the jury in the original trial that the Bellagio’s witnesses must have been untruthful because photographs do not lie.

“I am loathe to overturn a jury’s verdict. But where, as here, the false testimony was about a critical piece of evidence, and Kraja relied heavily on that evidence to prove both liability and damages,” wrote Gordon.

The judge granted the motion for a new trial, but reserved some opprobrium for the casino for failing to properly investigate the two photographs in the first instance.

“Had Bellagio timely discovered this issue — and there is no reason it could not and should not have done so during the discovery period — a second trial would not be necessary,” he wrote. “It is difficult to understand why Bellagio did not pursue this during discovery, given that each side’s story about the photograph was directly contradictory.”

Gordon added that because Bellagio could have avoided this problem, the casino should pay Kraja’s fees and costs for the first trial.