The UK’s Secretary of Digital, Culture, Media and Sport, Nicky Morgan, has asked English soccer’s governing body, the FA, to review its broadcasting deal with Bet365 and others. 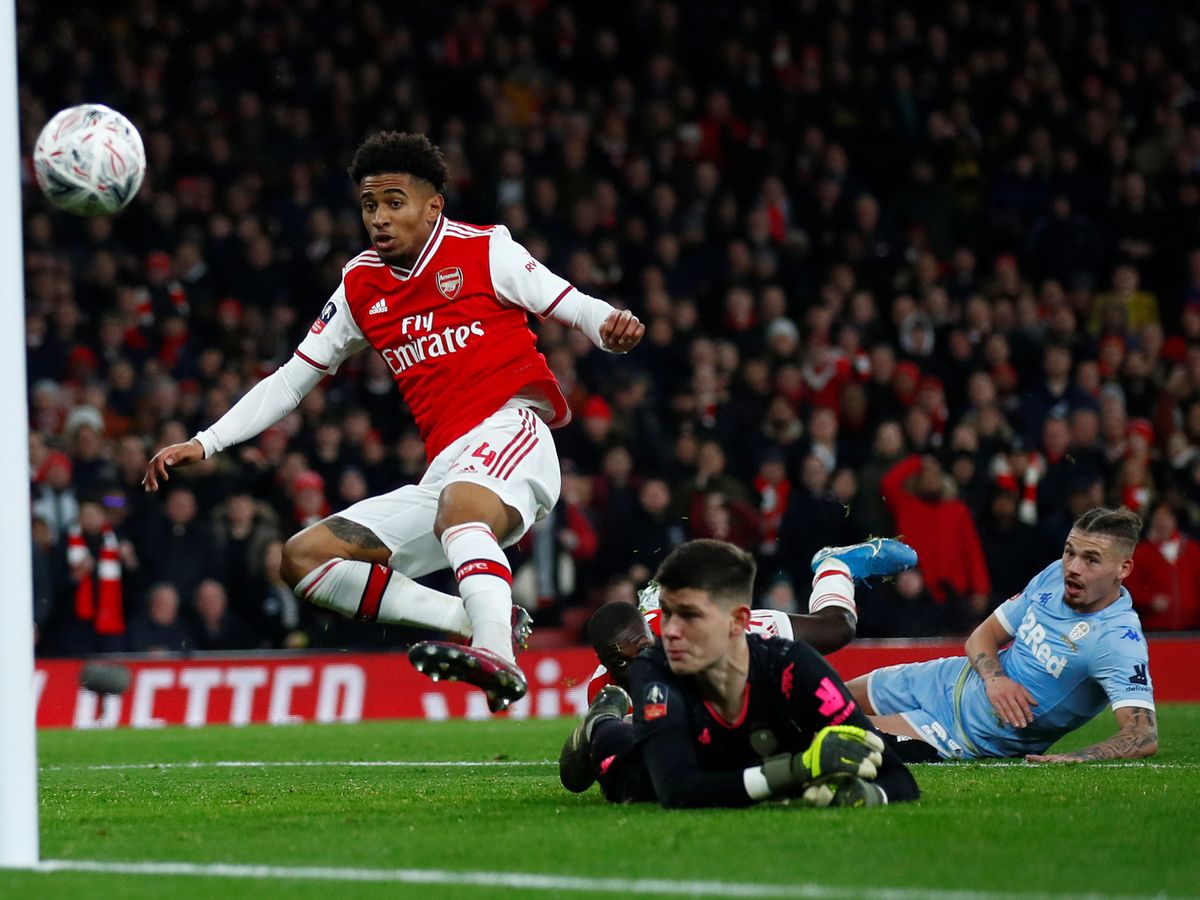 Reiss Nelson scores for Premier League Arsenal against tier-two outfit Leeds United. This was one of just two matches broadcast by the BBC in comparison with Bet365’s 23. (Image: Daily Mirror)

This is a reaction to the online sports betting giant’s live-streaming of 23 FA Cup Third Round matches last weekend — in contrast to just two matches that were shown on free-to-air national television and a further four on subscription-based digital TV.

As part of a January 2017 deal with the FA, Bet365 holds broadcasting rights to certain games until 2014. The company streams a range of live sports, which are only available to signed-up customers who have placed a bet or deposited a minimum £5 in the previous 24 hours.

The concern is that sports betting companies are usurping television as the primary channel for the consumption of live sports content, and that sporting bodies need to do something about it.

What may also have gotten Morgan’s back up is that this year, the Third Round was publicizing the FA’s “Heads Up” mental health campaign, which is backed by FA President Prince William. Each game was preceded by a one-minute silence to raise awareness of mental health issues, of which problem gambling is one.

Sixth months after the Bet365 deal was signed back in 2017, the FA announced it would cease all commercial partnership deals between itself and gambling companies following a series of high-profile betting scandals involving soccer players. It also cut short its four-year branding deal with Ladbrokes after just one year.

But on Wednesday, it insisted that it was tied to contractual obligations with Bet365 for the next four years as part of a deal engineered on its behalf by sports marketing company IMG, which preceded the FA’s about-face on gambling.

“The FA agreed to a media rights deal with IMG in early 2017, part of which permits them to sell the right to show live footage or clips of FA Cup matches to bookmakers,” an FA spokesman told The Guardian.

We will review this element of the media rights sales process ahead of tendering rights to the new cycle from the 2024-25 season onwards,” the FA added. “Leagues and clubs continue to govern their own relationships with gambling companies.”

The UK is perhaps 15 years ahead of the US in terms of the maturity of its sports-betting market, and is dealing with a backlash against liberalization.

While it’s oversimplistic to compare what will always be two very different markets, at a time when US sports leagues and broadcasters are itching to find ways to exploit and monetize sports betting, it might be instructive for US stakeholders to take a glimpse into at least one possible future.

The FA Cup is a sacred tournament in England. Established in 1871, it’s the oldest existing soccer competition in the world, and is open to the top ten tiers of English and Welsh soccer.

The Third Round Weekend is particularly revered. This is the stage at which Premier League teams enter the competition, which can occasionally throw up matches between amateur clubs dwelling in the lowest echelons and some of the most elite teams in the world.

Just occasionally, it produces some real giant-killing moments, along with statistically unlikely runs into the later stages of the competition that can transform a small team’s status and finances.

Many feel that Bet365’s FA Cup takeover was inappropriate, this year especially. But on the morning that followed Iran’s missile bombardment of American airbases, right-wing Royalist tabloid The Daily Mail chose to devote its frontpage splash to Bet365’s soccer coverage, declaring it to be a “slap in the face to William.”

This inadvertently gave Bet365’s soccer-streaming service the kind of publicity it literally could not buy, and it has one of the largest marketing budgets in the online gaming space.