Bettors Like Chiefs at Home, Prefer Seahawks on the Road


The final two spots for the NFL Conference Championships will be up for grabs on Sunday as the Houston Texans visit the Kansas City Chiefs in an AFC clash and the Green Bay Packers host the Seattle Seahawks in an NFC playoff contest. 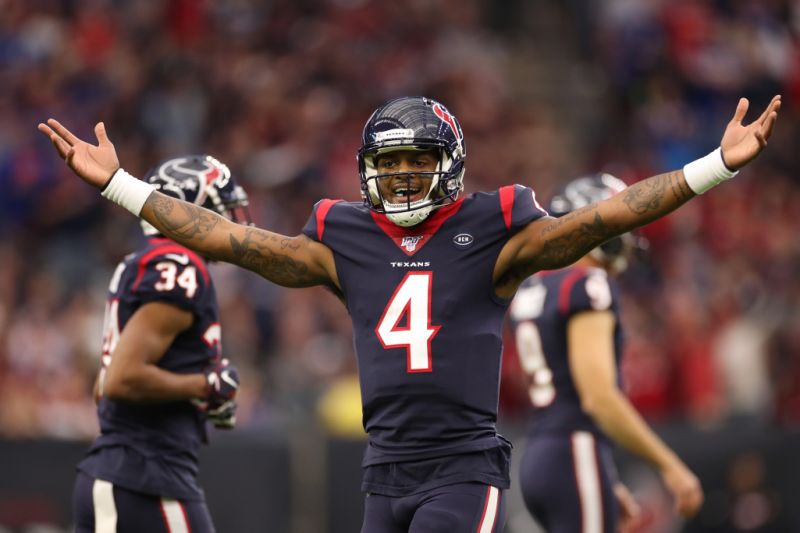 Texans quarterback Deshaun Watson led his team to a win in Kansas City back in October. Oddsmakers and bettors, though, don’t think it will happen again on Sunday in the NFL playoffs. (Image: Christian Petersen/Getty Images)

Kansas City and Green Bay received byes into the NFL playoffs, and both will play for the first time since the end of the regular season two weeks ago. The combination of a week’s rest and home-field advantage gives the higher seeds a tremendous edge in the Divisional round. Since 2010, higher seeds are 27-9 straight-up, and all four higher seeds won in the round last year.

Houston-Kansas City is set for 3:05 pm ET, with the game broadcast on CBS.

At Green Bay, the game is scheduled to kickoff at 6:40 pm ET, with Fox broadcasting the game.

Houston and Kansas City is the only NFL playoff game this weekend that’s a regular season rematch. Back on Oct. 13, the Texans went to Kansas City and beat the Chiefs 31-24.

Texas coach Bill O’Brien told reporters at a Friday press conference that he like’s how his players have prepared for the Chiefs.

These guys have been into it,” O’Brien said. “Very, very attentive in the meetings. I thought we were flying around in practice yesterday.”

Despite that, oddsmakers have the Chiefs as 9.5-point favorites, with the line up two points from where it started last weekend. The public seems to be behind the home team, too.

The Texans are hoping for some good with wide receiver Will Fuller, who has been battling a groin injury. He has not played since Dec. 21, but O’Brien expects him to be a game-time decision.

Seattle has been a trendy pick by some as a team that could win on the road this weekend. They are 8-1 on the road, including wins at top seed San Francisco in the regular season and at Philadelphia last weekend in the NFL Playoffs’ Wild Card round.

Oddsmakers responded by making the Packers only a four-point home favorite. That’s the smallest spread of any of the four games this weekend, and the betting public seems split on the game – at least from the point spread perspective.

At William Hill, 51 percent of the spread bets are on Seattle, but Green Bay represents 56 percent of the handle. FanDuel has seen 54 percent of its bettors take the Seahawks and the points, but again, more money, 52 percent, is on the Packers giving the points.

With temperatures forecasted in the low to mid 20s and the possibility of snow falling by the second half, oddsmakers are expecting a low-scoring affair. Both William Hill and FanDuel post the total points at 45.5.