California Horse Racing Board Backs Restrictions on Crop Use by Jockeys


The California Horse Racing Board (CHRB) on Thursday approved what would be the strictest regulations regarding a jockey’s use of their riding crop in North America. It’s a move that left the panel feeling the sting from both horsemen and animal welfare groups. 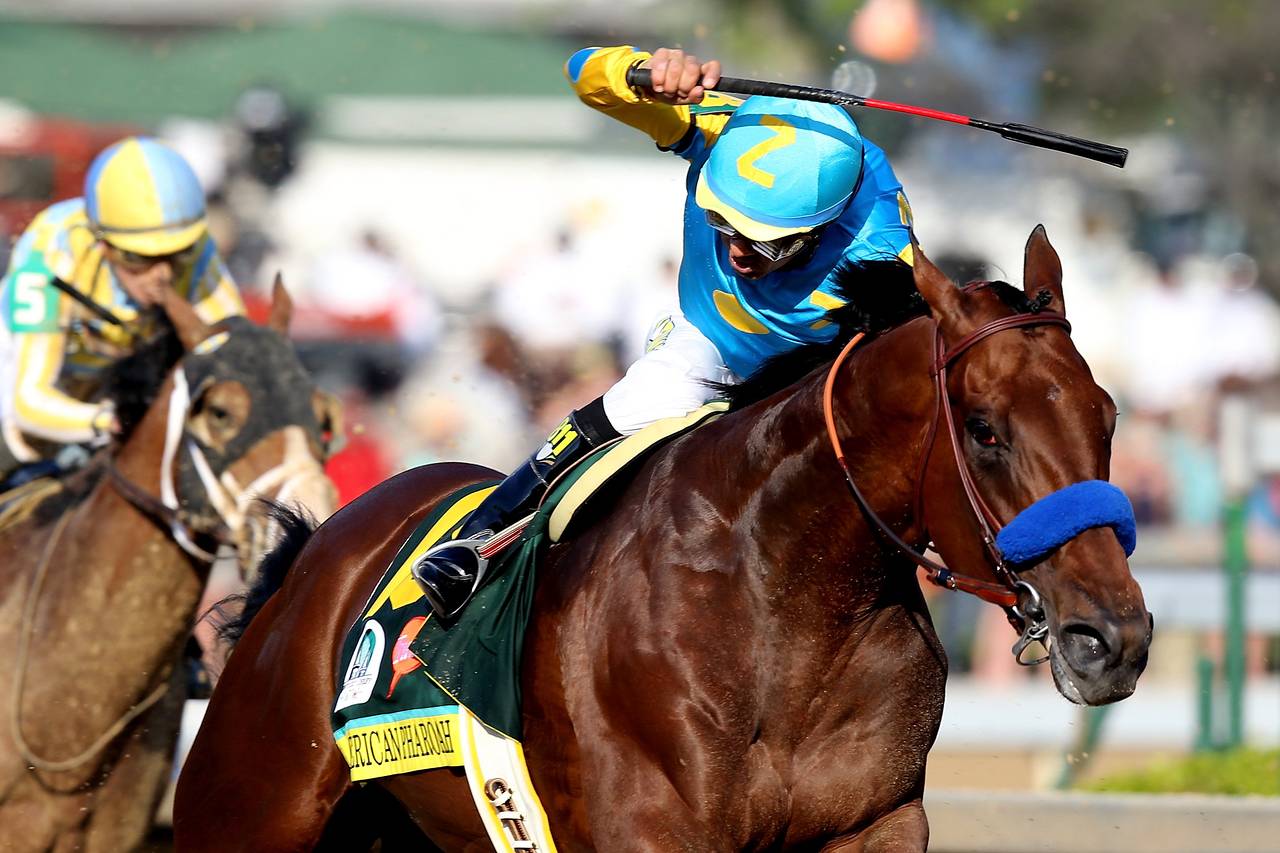 Jockey Victor Espinoza uses a riding crop on American Pharoah during the 2015 Kentucky Derby. The Bob Baffert-trained colt eventually won the Triple Crown. Now, the California Horse Racing Board is considering restricting riders’ use of the crop. (Image: Getty Images)

The new rule would allow jockeys to strike a horse just six times during a race and no more than two times in a row before giving the horse a chance to correct itself. Under the current rule, jockeys are not limited on the number of times they can use the crop in a race, but they cannot strike a horse more than three times in row.

Before the rule takes effect, it must go through a 45-day comment period. If it passes without further amendments, jockeys who violate the rule can face a fine of up to $1,000 and a three-day suspension.

The rule change comes at a time when industry leaders are pushing for reforms to make the sport safer for its equine athletes after nearly 40 horses died at Santa Anita in the past calendar year. Earlier this week, the Kentucky Horse Racing Commission approved a race-day drug ban that would take effect in 2020 for 2-year-olds and 2021 for all 3-year-old and older horses running in stakes races.

But there was little, if any, celebrating after the discussion.

We just passed the most restrictive whip rule in North America, probably, maybe in the world… I realize at this time no one is happy, including me, but we’ve gotten to the point where we had to move,” Dr. Gregory Ferraro, the CHRB chairman, said after the vote.

It’s the second time in less than a year the CHRB has pushed to amend its regulations on the crop. An effort in March led to a similar public-review period. However, the new rule was not enacted due to concerns that taking a jockey’s purse money might not be legal.

Jockeys and other horsemen, including owners and trainers, have criticized the push to restrict the crop. They say it’s an effective safety device that keeps both the rider and horse – as well as other horses and jockeys on the track – safe.

Not allowing riders to use the crop could lead to more catastrophic incidents, they claim.

However, Kathy Guillermo, senior vice president for PETA, said in a statement that using a crop twice to make a horse run faster isn’t really different from using it three times.

“The California racing industry is arguing to be allowed to abuse horses, and the public and state legislators must not stand for it,” she said. “PETA certainly won’t.”

The CHRB did not take this discussion up on its own. The Thoroughbred Safety Coalition, which consists of The Breeders’ Cup, as well as track operators Churchill Downs Inc., the New York Racing Association, The Stronach Group, Del Mar Thoroughbred Club, and Keeneland, is calling for a uniform standard to be put in place nationally regarding crop use.

In the California board’s meeting packet, the CHRB included information from the New Jersey Racing Commission (NJRC), which published its proposed public rule on Dec. 2. It is currently going through a 60-day review process.

The New Jersey rule would allow a jockey or exercise rider to use a crop only if the horse and/or rider is in danger. Stewards who find a violation can suspend a jockey and they can also withhold the jockey’s share of the purse if stewards find that the excessive whipping led to a better finish in the race.

In explaining the rationale behind the rule, the NJRC said the proposal would have the support of the public, which is not as supportive of the sport as it has been in years past. A cut from the bets made by racing’s audience provides the funding jockeys and other horsemen rely on for their livelihood.

“It is possible that members of the industry will initially be resistant to such change,” the NJRC statement said. “However, the proposed repeal (of the old rule) and (the adoption of) new rules will apply equally to all competitors, such that all race participants will be adjusting to the proposed repeal and new rules at the same time. Moreover, the public is essential to horse racing, and the industry must learn to adapt if it is to survive.”