A brand-new US Supreme Court ruling has paved the way for the validation of sports betting which overruled a 1992 federal law which prohibited the taking part of betting on sports in all but one state in the United States. As we speak, governments, businesses and individuals are scurrying to take advantage of this new multi-billion dollar industry, but there are anxieties about the consequences of this ruling, especially regarding college sports. The State of New Jersey, who pushed the most to have sports betting legalized, was recently endorsed by the judges despite staunch opposition from major sports league that feared that sports betting would lead to game-fixing.

When the news of the ruling was revealed to the public back on May 14, stock prices for gambling-related companies broke out in a flash. Many states have also welcomed the ruling as it could prove to be a very profitable income source to tax revenues. It had been appraised by the American Gaming Association that the market for illegal sports betting in the US is worth $150 billion a year. Speaking on behalf of the court regarding the ruling, Justice Samuel Alito said: “The legalization of sports betting requires an important policy choice is not ours to make. Congress can regulate sports gambling directly, but if it elects not to do so, each state is free to act on its own.” 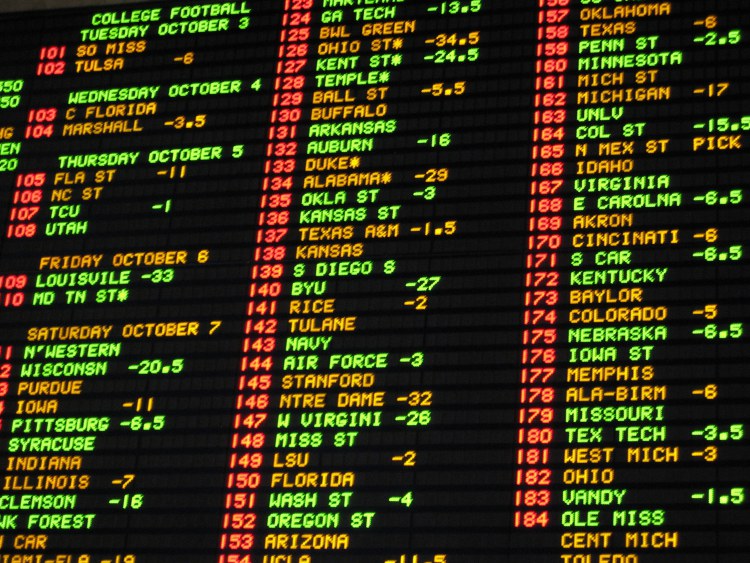 There has been a major reaction from the NCAA which is the main governing body for intercollegiate sports. It has a plethora of concerns about both the social and economic impact sports gambling would have, in addition to the impact of the integrity of college sports. “The NCAA opposes all forms of legal and illegal sports wagering, which has the potential to undermine the integrity of sports contests and jeopardizes the welfare of student-athletes and the intercollegiate athletics community,” it says on its website http://www.ncaa.org/enforcement/sports-wagering. Unlike professionals, college athletes do not receive a penny and are more vulnerable to these upcoming changes.

It has been a fore long debate as to whether college players should be paid in addition to their scholarships, as they produce significant revenues for the NCAA. Indeed, in 2017 there were revenues of almost $1.1 billion generated by the NCAA, largely through television rights deals with the TBS and CBS networks. For years, there has been scandal after scandal concerning players receiving payments under the table. There have been instances of match-fixing happening even when sports betting was illegal, so it isn’t really a new issue. Most major sports have been embroiled in match-fixing at both amateur and professional level so even with the legalization of sports betting, don’t count on these occurrences to stop.