There will be no immunity for Yorgen Fenech, the Maltese casino owner arrested in connection with the murder of crusading anticorruption journalist Daphne Caruana Galizia, Malta’s prime minister, Joseph Muscat, said Friday. 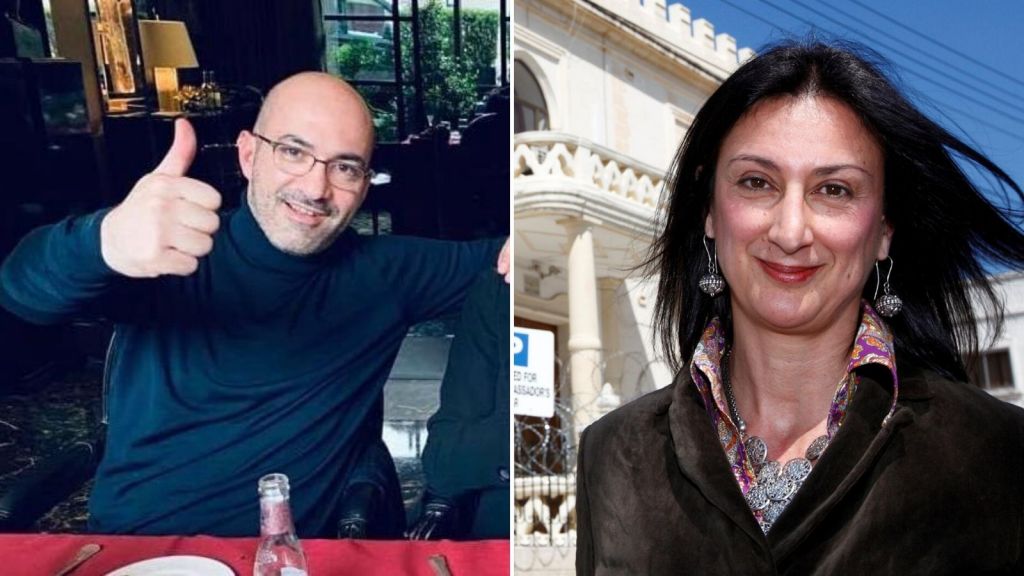 Yorgen Fenech (left) is the main suspect in the murder of Daphne Caruana Galizia (right). But he wants a pardon before he turns over information about three senior politicians embroiled in the case. (Image: Lovin Malta) )

Muscat also said he will not resign over the scandal, which has engulfed his government, at least until the investigation is complete, and the truth is known.

Fenech – one of Malta’s richest men — was arrested last week while attempting to flee Malta on his yacht, allegedly heading for Dubai. He has not been charged with the 2017 car bomb attack that killed Caruana Galizia, but he has sought a presidential pardon for giving up everything he knows about the murder.

Fenech’s lawyers filed an official request for a pardon on Thursday, which stated their client was ready to provide information about three senior politicians who resigned this week. They include the prime minister’s chief of staff, Keith Schembri, tourism minister Konrad Mizzi, and economy minister Chris Cardona.

Following a six-and-a-half-hour cabinet meeting, Muscat announced at a press conference at 3am Friday morning that Fenech’s request had been turned down. “I left the final decision with my colleagues, who decided that it’s not fitting to grant a pardon,” he said.

On Thursday, “two people briefed on the investigation” told Reuters that Fenech had alleged under police questioning that Schembri was “the mastermind” behind the murder, and that the men who planted the car bomb had been paid €130,000 ($142,000).

Schembri was also accused of passing messages to Fenech while he was in police custody via a doctor they shared.

The former chief of staff was arrested Tuesday and questioned, but was released Thursday evening without charge.

Schembri, Mizzi and Fenech had all been targets of Caruana Galizia’s investigative journalism. Schembri and Mizzi were linked by Caruana Galizia to offshore companies based in Panama that were later discovered to be expecting a $2 million payment from a company called 17 Black, which was controlled by Fenech. It is not clear whether this payment was ever made.

Schembri, Mizzi, and Cardona all deny any wrongdoing.

Until he resigned shortly before his arrest, Fenech was CEO of the Tumas Group, which is one of Malta’s biggest employers. Subsidiary Tumas Gaming owns the Qawra Oracle Casino and the Portomaso Casino in Malta, as well as the portomasolive.com online gaming website. Fenech remains a major shareholder in the group.

Fenech’s lawyers have appealed the pardon denial and called for removal of chief investigator Keith Arnaud, who they claim is part of Schembri’s inner circle.

The situation has alarmed the EU, of which Malta is the smallest member, raising questions about the rule of law in the country.